On 25 May, 1993, the United Nations Security Council unanimously passed a resolution establishing the International Criminal Tribunal for the former Yugoslavia, which later became known as the Hague Tribunal.

While presiding over that Security Council session, Russian diplomat Yuly Vorontsov said his country backed the tribunal "since we see it not as a court of law, not as a place to settle scores or take revenge, but as an instrument of justice meant to restore international legality, to restore the world community’s faith in the triumph of truth and reason.”

Exactly 25 years later, the Netherlands and Australia, whose citizens made up a majority of those killed when a Malaysian Airlines Boeing was shot down in July 2014 over eastern Ukraine, officially announced that they consider Russia responsible for this tragedy.

“On the basis of the Joint Investigation Team’s (JIT) conclusions, the Netherlands and Australia are now convinced that Russia is responsible for the deployment of the Buk installation that was used to down MH17,” said Dutch Foreign Minister Stef Blok. This declaration came the day after an interim report by the JIT confirming that the missile launcher was of Russian origin.

Recall that this investigation team’s mission is to gather evidence for a potential trial of those directly responsible for this tragedy. The trial will take place, most likely in absentia, in the Netherlands, according to Dutch law. The current format for the investigation and trial was chosen by those states whose citizens perished in the crash after Russia, in July 2015, blocked a UN Security Council draft resolution to set up an international tribunal to prosecute suspects.

This means that in the case of MH17 two independent, but closely connected legal instruments — state responsibility and individual criminal responsibility — are once again closely linked.

It’s hard to explain the timing of this somewhat unexpected announcement, while the criminal investigation is not yet officially completed and no specific individuals have been charged, and the trial has yet to start. And the move — probably motivated by an entirely understandable desire to play up to public opinion — may have been a somewhat hasty one.

Inevitably, the states involved will be accused of “naming” the culprits before the trial and appearing to want a particular outcome in the criminal investigation.

﻿What is international responsibility?﻿

The question of Russia’s responsibility for the MH17 downing has already been raised in an international court, during a Ukrainian-Russian dispute in the limited context of the Convention for the Suppression of the Financing of Terrorism.

But the announcement by the Netherlands and Australia is the first within the framework of the ongoing international MH17 investigation. “Holding a state responsible is a complex legal process, and there are several ways to do this. The Netherlands and Australia have asked Russia today to enter into a dialogue in order to come to a solution that does justice to the enormous suffering and damage caused by the downing of MH17,” said the Dutch foreign minister.

That attempt will run up against various obstacles. One must establish, first of all, the fact of a violation of international law; and secondly, that a state may be blamed for the actions of specific individuals or groups (in this case, those who, by the investigation’s account, operated the missile launcher).

As we all know, according to the facts of this dispute, insurmountable contradictions exist between the litigants, while with respect to the conflict in Ukraine, Russia and most of the rest of the world have long inhabited different informational realities.

But the main obstacle is of another kind and essentially indefinable. The international responsibility of a state is the responsibility of an equal before equal states: Equals, of course, have no power over one another, as long as there is no supranational power. An element of compulsion may in certain situations be brought to bear by a UN Security Council resolution, but this is out of the question with respect to a permanent member of that council, as is the case with Russia.

This is the fundamental difference between state responsibility and criminal responsibility. In the latter, any state, given that it complies with various conditions, has the right to try any individuals, including foreigners.

This is what the MH17 criminal trial intends to do. The only problems will be in the practical realization of this justice and in the implementation of the rulings.

Russia Downplays Dutch-Led Investigation Into the Downing of MH17

In international law the international accountability of a state violator is almost a voluntary matter. In the modern world, unfortunately, there is no court to consider international disputes with a jurisdiction binding for all states: A condition of judicial consideration is always the agreement of those states involved.

The all-powerful Hague Tribunal is a myth far removed from the legal and political reality.

Therefore, in their desire to hold Russia to international account, the Netherlands and Australia's best hope is a “frank admission” by Russia, as well as on those mechanisms to which Russia has agreed, such as the possibility of appealing to the United Nations’ International Court of Justice (ICJ) in accordance with the Convention for the Suppression of the Financing of Terrorism (which Ukraine used).

But such a potential dispute is inevitably limited by the narrow scope of that convention’s application and often bodes greater disappointment than satisfaction for the plaintiffs after a long and expensive trial.

The only dependable mechanism now available to the Netherlands — not to Australia, which is not a member of the Council of Europe — is the European Court of Human Rights (ECHR). This court may consider international complaints of violations of the European Convention on Human Rights, including the right to life. But justice in Strasbourg in those cases is an extremely long and costly business.

Only last week, the final hearing in the case of the 2008 Russian-Georgian armed conflict took place in that court’s Grand Chamber; the ECHR has been considering this case for a decade. Meanwhile, under certain conditions, the road to Strasbourg is open to citizens of the Netherlands, as well as of Australia and other states who have individual complaints; this too is a variant of state accountability.

The list of these mechanisms goes on: it includes functioning international courts and courts of arbitration. For example, the court of the Organization for Security and Co-operation in Europe: though it has yet to consider even one case, it only needs the agreement of the litigants. International law also allows one to create separate tribunals to consider disputes between two states, such as the Iran-United States Claims Tribunal still working in The Hague.

Most logical and appropriate of all would be to give the MH17 case to the ICJ, in accordance with a special agreement between the litigants.

The Netherlands and Australia’s official statement will not in itself lead to any significant legal results. In essence, it amounts to a declaration by states involved in the MH17 case of their position and an invitation to Russia to enter into a dialogue, to acknowledge its responsibility or its willingness to resolve this dispute in an international court.

However, statements by Russian officials suggest that there will be no dialogue. It is inconceivable that the Russian authorities would suddenly change their version of events and admit to the participation of Russian Armed Forces in the MH17 incident. Domestically, Russia's well-oiled propaganda machine will likely further discredit the international investigation and the Dutch justice system.

Nevertheless, the justice machine, both national and international, has started up, even if its speed has so far failed to impress. In the near term, the only alternative to a long-drawn-out information war may be a hearing in an independent international court. International law is not ideal, of course, it does not work miracles, but it offers possibilities which, alas, not everyone uses.

Gleb Bogush, is a lawyer and teacher at Moscow State University. This article was first published by Republic.  The views expressed in opinion pieces do not necessarily reflect the position of The Moscow Times. 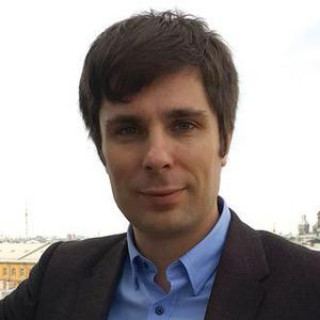 Russia denies allegations that one of its missiles brought down the flight in 2014.
IN SEARCH OF JUSTICE

Everything You Need to Know About the MH17 Trial

At a highly secured court near Amsterdam, four men will be tried for the death of the 298 victims on the ill-fated flight.
hair-trigger alert

The planned deployment aimed to secure the crash site for aid workers and investigators to access the remains.
layers of evidence

The prosecutor's interview comes two weeks ahead of the first court hearing into the tragedy over eastern Ukraine.