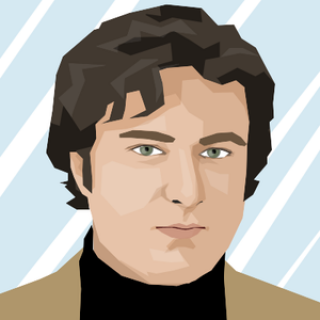 Things didn’t turn out exactly as planned. In Russia, 2016 was declared the Year of the Cinema, but last year cinema was a bust: nothing special happened, no film made a sensation, and no box office records were broken. But in 2017 — officially the Year of Ecology — cinema had its boom.

The biggest scandal of the year was cinematic: Alexei Uchitel’s film “Matilda.” It wasn’t an issue of the quality of the film, which is open to discussion, but that the film provoked protests and even terrorist acts by people who hated it but had never seen it and had no intention of ever seeing it.

There was another interesting aspect to this scandal. “Matilda” inadvertently shined a spotlight on a blank spot in Russian cinema. 2017 marked the centennial of the Russian Revolution, but the Russian film industry, which usually loves anniversaries — they are good for major state funding — was silent.

Uchitel’s film was basically a conciliatory, sweet fairy tale, but it almost set off a civil war.

Another thing that became clear this year: Russian society does not share any universal spiritual values, no matter how much the authorities wish it did. And the values that do exist were borrowed from the Soviet period of stagnation under Leonid Brezhnev.

For example — the Soviet space program. While the rest of the world dreams about the future in space (“Gravity,” “The Martian,” and “Interstellar”), in Russia they dream of going back to the glorious past in space. And their dreams are synchronized, too. This year two films were released about two cosmonauts who flew into space to carry out heroic deeds, but the main thing they achieved was return to their cozy home in the U.S.S.R.

“The Time of Firsts,” which was financed by Channel One, and “Salyut Seven,” which was funded by their competitor channel Rossiya, released their films at different times of the year to make the comical unintended similarity of their movies less obvious.

Another past utopia put on the big screen this year was the Russian ballet, letting us connect the present with the past (“Bolshoi”) to the accompaniment of the omnipresent music of Tchaikovsky. No deviation from the canon! It let us dream about the beautiful Russia we wouldn’t have lost if the Emperor had stayed with his ballerina instead of sitting on the throne (“Matilda”).

The third utopia put on screen this year is from the very distant past — Ancient Rus, so important to recall today during our confrontation with Ukraine.  This is so significant that Russian Wikipedia even changed the name of a section from “Kievan Rus” to the “Ancient Russian State.” This was all made very clear in another pair of films, “Viking” and “The Legend of Kolorat” (released abroad as “Furious”).

But here it’s all a bit strange. We dream of the sacred and proper, but we get the same blood and mud, war and violence, glinting eyes and maximum special effects. Of course, each of these legendary wars was defensive: the enemy never sleeps.

On the other hand, it seems better to dream about ancient history than recent events. That’s what the public thinks. They didn’t care about the patriotic film “Crimea.” The filmmakers were too embarrassed to show it to the press. The only pre-premiere screening was closed to journalists and outsiders — and was held in the Kremlin.

So what did the viewers like? The year 2017 gave an unexpected answer to the question. For the first time in five years Russian cinema got a new record-breaker at the box office — “The Last Warrior,” an ambitious fairy tale by the Disney Studio. It ruthlessly mocks all the warrior characters that were presented so lovingly in “Viking” and “Furious.” Vasilisa the Wise and Nikitich the Good are outright villains, while the audience likes the bad guys: Koshchei the Deathless, the witch Baba-Yaga, and the merman Vodyanoi.

The film doesn’t have an ounce of ideology anywhere. It’s just a prankish mix of stereotypes, teenage humor and the usual special effects. Today this is much more popular than the pompous “Stalingrad” (the previous box office record-holder). And it seems that Stalingrad’s director, Fyodor Bondachuk, gets it. His new film, “Attraction,” is a film for teenagers, too. It’s not the least bit bombastic, but it is clearly anti-fascist in spirit.

And now the best has been saved for last — two art-house films that had significant commercial success this year.  Andrei Zvyagintsev’s “Loveless” and Boris Khlebnikov’s “Arrhythmia” each took in about 100 million rubles at the box office.

It turns out that only “film festival movies” tell the tale of contemporary life in Russia clearly and honestly, and that tale is not pleasant. Both films attempt to analyze the state of society through the prism of marital conflicts and divorce.  But there is a sliver of hope even in these cheerless films.

The hope isn’t for change in the political system or society. It’s about the personal efforts of individuals, volunteers and doctors — doers of small deeds, those completely invisible righteous men and women whose personal code of behavior will, at some time, be the salvation of this enormous, confused land.

Anton Dolin is a film critic and editor of The Art of Cinema. The views and opinions expressed in opinion pieces do not necessarily reflect the position of The Moscow Times.

The views expressed in opinion pieces do not necessarily reflect the position of The Moscow Times.
Read more about: Movies

“All” gay sex and male kissing scenes had been deleted, according to viewers at the Moscow screening of "Rocketman."
Movies

Medinsky called to ramp up state protectionism efforts in order to save the domestic film industry from the “global machine that is Hollywood.”
Movies

‘From Venice to Moscow’

Moscow’s Cinema Oktyabr is hosting the 9th “From Venice to Moscow” Film Festival, a standing movie date for Russian audiences.