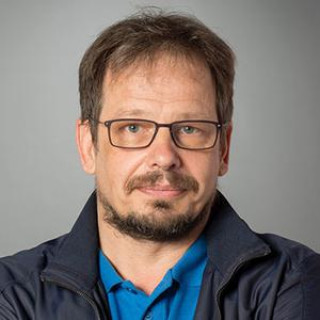 This article is the first in a two-part series on the Russian doping scandal, ahead of a World Anti-Doping Agency ruling this week which could impact whether Russian athletes are allowed to compete at the Winter Olympics next year. Read a Russian athlete's response here.

When ARD broadcast my investigation into Russian doping in 2014, I never expected the situation would become as dramatic as it has.

In Russia, ARD and later independent investigators found a widespread and comprehensive doping cover-up scheme. Apart from my research into doping in East Germany 20 years ago, I’d never seen this level of conspiracy.

Still, I never imagined that Russia would fall into a never-ending carousel of denials stretching for more than three years, or for it to launch such a counter-offensive on its state media.

People like former speed skater and Duma deputy Svetlana Zhurova, former sports minister Vitaly Mutko and former pole vaulter Yelena Isinbayeva want to make us believe that Russia has a good anti-doping system in place, even though they clearly have no distance from what took place in Russia for years. That’s telling.

Or just look at Vitaly Smirnov, who was one of the architects of the former Soviet sport system. It was a completely different time then, an era of comprehensive doping in many countries, as well as in the Soviet Union. Yet that same Smirnov now heads the anti-doping commission in Russia. This says a lot about Russia’s true appetite for dealing with the issue.

Meanwhile, Russia continues to deny the World Anti Doping Agency (WADA) full access to seized doping samples, which the agency needs to get the whole picture.

I don’t agree with Russia’s narrative that it is being unfairly targeted for political reasons. This is not about politics, or about Russia.

If East Germany had still existed in the early '90s when the state-sponsored doping scheme was discovered — the country was reunified with West Germany prior to the investigation — the same response would have needed to follow: East Germany should have been excluded from the Olympic Games.

This is because the only answer you can give to the worst case of doping and then a doping cover-up, is a worst-scenario answer.

Russia should stop playing the victim, because the self-pity it is displaying doesn't help.

Instead, it should fully accept the facts — and at the moment, I don’t see that being done.

If Russia doesn’t admit the findings of the McLaren report in full, and doesn’t provide access to the samples which have been seized by Russian anti-doping authorities, then the answer is clear: I would expect Russia’s anti-doping agency to be described as non-compliant by WADA this week.

This could put huge pressure on the International Olympic Committee and its president Thomas Bach. Although the German is usually not a supporter of collective sanctions — the current situation could finally lead to the worst-case punishment: banning Russia from the Winter Games in Pyeongchang altogether.

It would be a measure taken to teach a lesson and to make sure there is a level playing field during the Games.

Keep in mind that the 2014 Olympics were fully contaminated by doping because of the unbelievable doping cover-up scheme by the Russian sports ministry alongside the FSB. The problem now is that we don’t know who is innocent — Russia has swapped, destroyed or made disappear doping samples.

But if you’re talking about individual justice — as Thomas Bach regularly points to — the fairest thing to do would be to allow some Russians who have trained abroad to compete under a neutral flag, without their national anthem.

Putin and other Russian politicians have already said that this would not be an acceptable alternative for them, and more or less clearly threatened not to go to the Games if the measure is instituted.

This shows that Russia doesn’t care about individual justice. It is not trying to protect its athletes — it’s protecting what it considers to be its own national interests.

I can imagine that some Russian athletes feel unfairly treated by the international sports organizations. But if this had happened in my home country, Germany, I would have argued for the same sanctions. Because the consequences must be the same for every country in the world.

It must also be determined on the basis of evidence. So far we don’t have the same level of evidence for other countries. Unfortunately, there aren’t whistleblowers in every country in the world.

I can imagine that we would unveil a lot of doping in other countries if courageous whistleblowers came forward. But we should not distract from the fact, that Russia has a uniquely long and rooted tradition of doping.

If Russian athletes are unhappy, they should turn to their federation and to their own sports ministry with their complaints. Those are the organizations that got them into this mess and it is they who failed to implement the WADA code in the way they should have.

And it is they who have betrayed their own athletes.

Hajo Seppelt is a German journalist focusing on doping and corruption in sports. In 2014 ARD broadcast his documentary into Russian doping as a result of which WADA launched its own investigation into Russian doping resulting into a competition ban. The views expressed in opinion pieces do not necessarily reflect the position of The Moscow Times.

Have Moscow and Minsk Really Made a Breakthrough on Integration?

Putting too much pressure on Belarus right now could backfire and lead to unforeseen consequences, something Russia appears to understand.
opinion Andrei Soldatov

Since the backlash over Russian interference in the 2016 U.S. election, global tech giants have become replaceable parts of national infrastructure.
opinion Tatyana Stanovaya

How the Duma Elections Could Decide United Russia’s Fate

The upcoming Duma elections could turn out to be United Russia’s farewell tour in its current lineup.
opinion Andrei Kolesnikov

The authorities are faced with the task of convincing democratic-minded voters that there is no point in voting, while making every effort to boost turnout...