An ambulance was called for resident of Novosibirsk in southern Russia on Tuesday after she chained herself to a giant statue of Lenin in a performance meant to symbolize a dying Russia.

Ksenia Sukhorukikh, an aspiring English teacher, chained herself to the statue on Tuesday for around one hour before ten police officers appeared to remove her from the scene, the local Sib.fm outlet reported.

Sukhorukikh chained herself to the statue wearing a nightgown smeared with red paint. “The gagged mouth, [signifies] censorship, and the chains despair,” she was cited as saying. 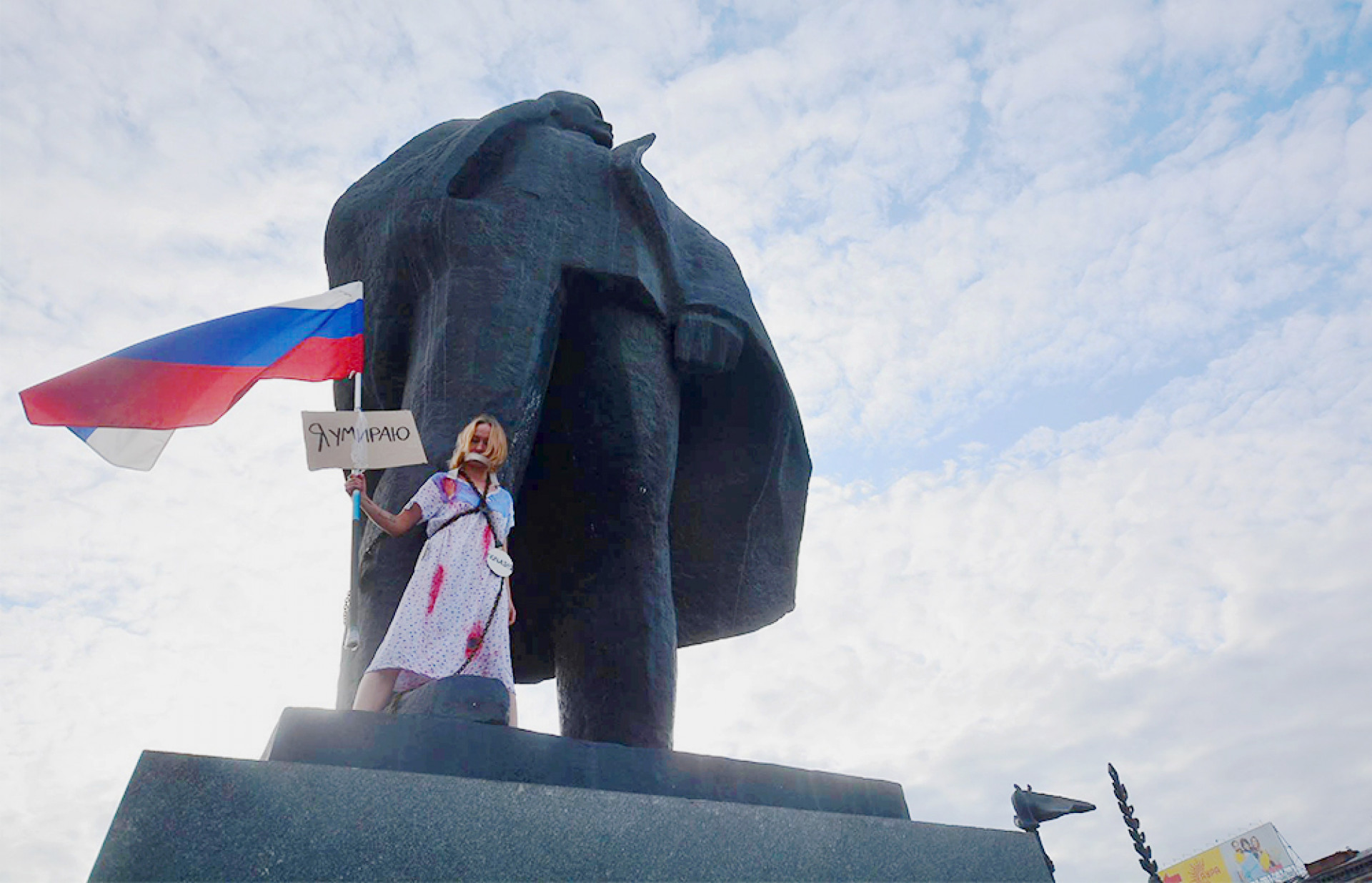 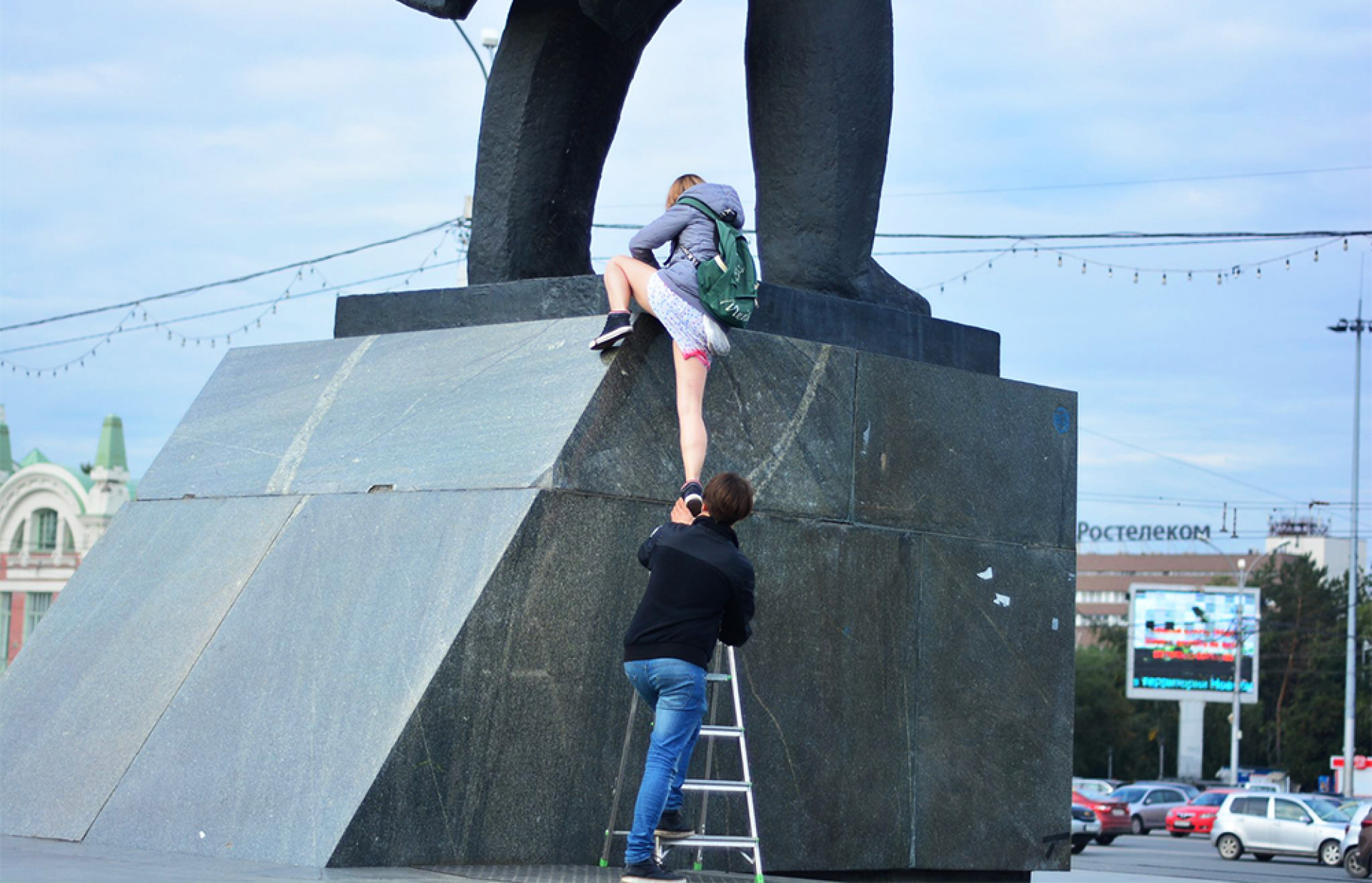 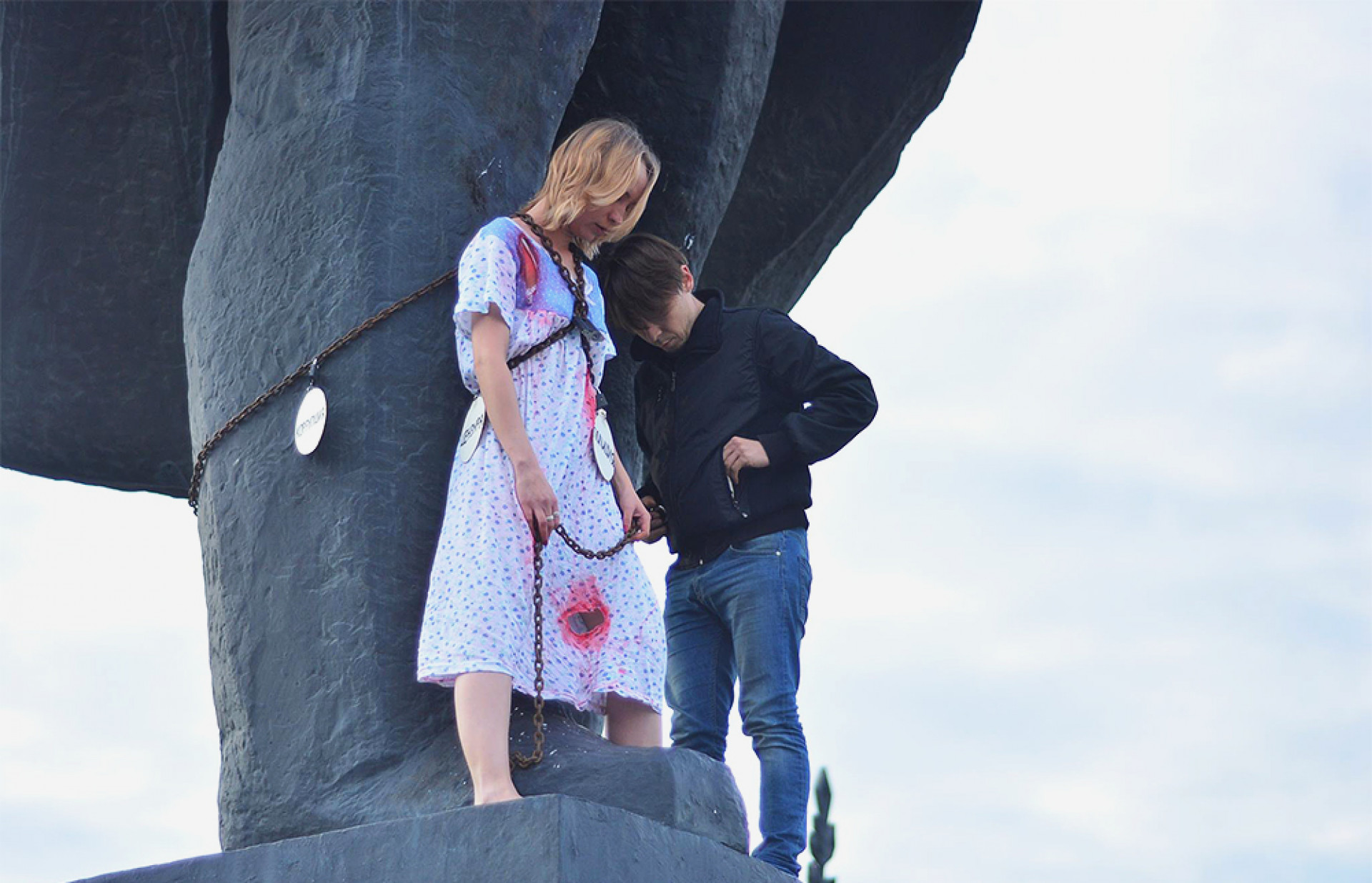 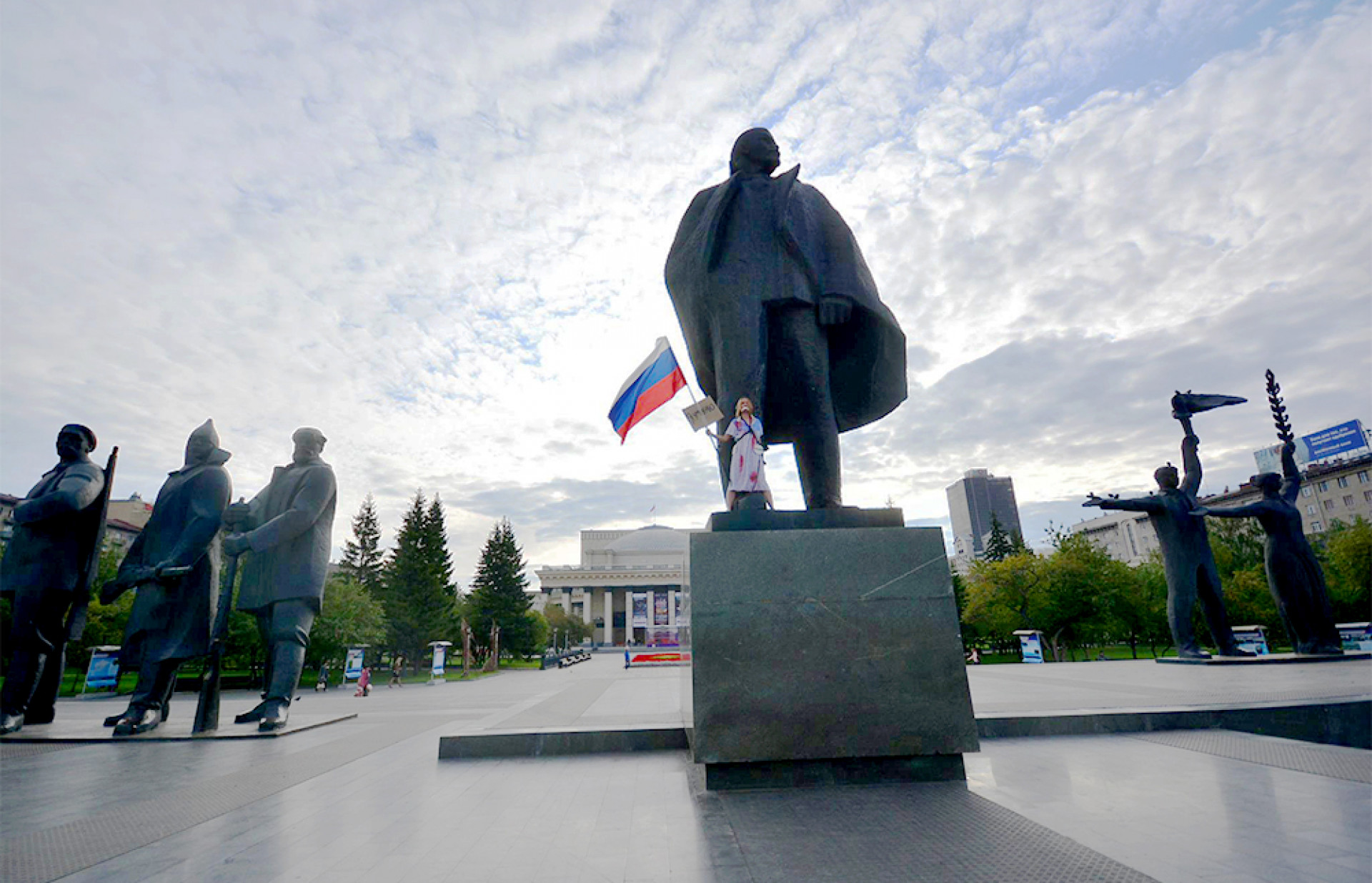 Sukhorukikh told Sib.fm she had deliberately timed the stunt to coincide with National Flag Day, which Russia celebrates on Aug. 22.

“The main idea was to show a dying Russia,” she was cited as saying.

She told Sib.fm she was not affiliated to any political party, adding the goal of the stunt had been “to attract society’s attention to the country’s problems."

After being taken away by medical staff she was taken in for questioning by police, Sib.fm reports, and was later released.

Over the past decade, Muscovites’ perceptions of graffiti have changed
Contemporary art

A Yekaterinburg Treasure: The Opera and Ballet Theater

How a Perm Native Fell in Love With Yekaterinburg
Transport

How to Repair Soviet Locomotives

The St. Petersburg-Moscow Classification Yard Depot is one of the few railyards in Russia where old locomotives are still in operation and restored from...