For those familiar with the Kievskaya area, the appearance of the big Eataly logo outside the new Kievsky shopping mall may be something of a surprise.

Dogged by postponements brought on by delays in the construction of the building it now occupies, it seemed for a long time as if the world’s secondlargest Italian food hall was doomed never to open. But finally, three years behind schedule, Eataly is ready to bring a taste of la dolce vita to the Russian capital.

Located on the fourth floor of the new mall, the megastore covers 7,500 square meters. Media have described Eataly as a supermarket, but there is much more to it than that.

While it is indeed a food store with 60,000 products on offer, 90 percent of which are imported from Italy, it also has 19 different restaurants, food and drink counters and cafes. Nine tasting carts will move around inside the store, offering a range of products from oil to wine.

Eataly also plans to open six onsite production laboratories, including a cheese factory, an aging room for cheeses, a classroom for master classes, and a microbrewery.

Eataly already runs 38 stores in Italy, Japan, United States, Turkey, Brazil, Korea, Germany, Denmark, the UAE, Qatar and Saudi Arabia. However, the company sees Russia as far from just another country to be added to the map, explained Oscar Farinetti, the founder and creator of Eataly, at the store’s official opening.

“Moscow is really important for us, it’s the capital of a country that has always had solid relations with Italy. There isn’t anything that compares to Eataly in Moscow,” he added.

Most have been specially trained in Italy. CEO Luca Baffigo Filangeri describes Eataly as a “democratic place.” “When you come here you can buy something, you can eat everything you want, you can have a chat, read a book about food or attend a master class. You can also just come here for a cappuccino and have a walk inside – there are no barriers at the entrance,” Filangeri said in an interview with The Moscow Times.

The most affordable pizza here, cooked in a woodburning oven and made with Mulino Marino flour, costs 420 rubles ($7.50). At the other end of the scale, a pizza with aged cheese, mozzarella, arugula, tomato sauce and extra virgin olive oil will set you back 1,190 rubles.

When it comes to pasta, diners can choose dry gragnano pasta from the city of Gragnano in Campania or fresh pasta made onsite at Eataly’s pasta counter. The simple “Spaghetto Eataly” with datteri tomatoes costs 490 rubles and a mixed seafood risotto costs 890 rubles.

But there is more to Italy than pizza and pasta, and Eataly’s food counters offer the chance to discover some of the country’s lesser-known culinary traditions, such as “piadina,” a flatbread typical of the Romagna region, or “porchetta,” a moist, boneless pork roast.

For those with a sweet tooth, the Venchi chocolate company (founded in Piedmont in 1878) and Làit ice cream have also their own corner and a vast choice of flavors on offer. As at each of its other stores, Eataly Moscow has set out to combine Italian traditions with local ingredients: The company has established ties with farmers and producers in order to promote Russian products. The curd for mozzarella, hops for beer, some fruit and vegetables, as well as meat and fish, are produced locally, while more than 90 percent of the products come from Italy. 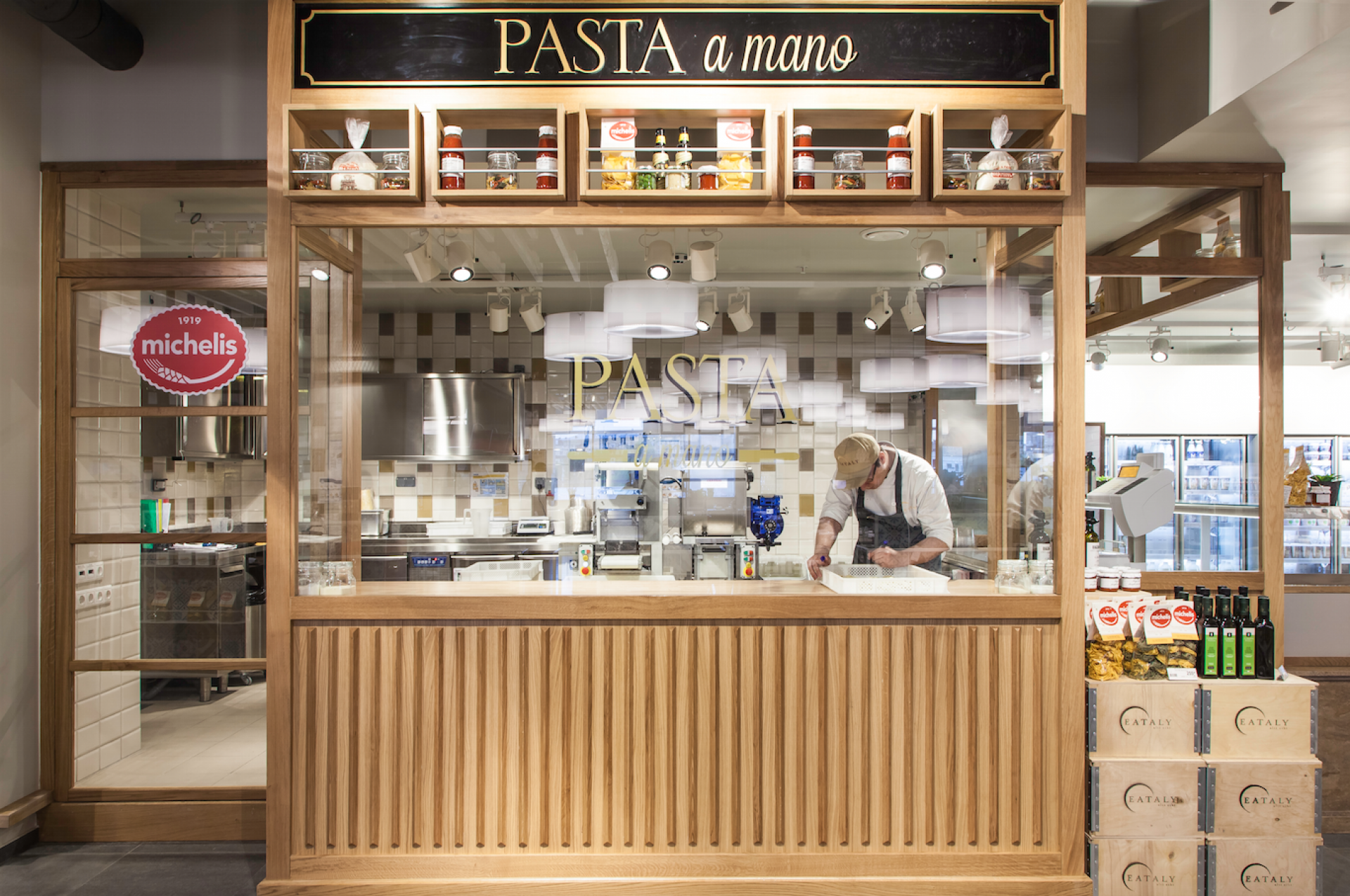 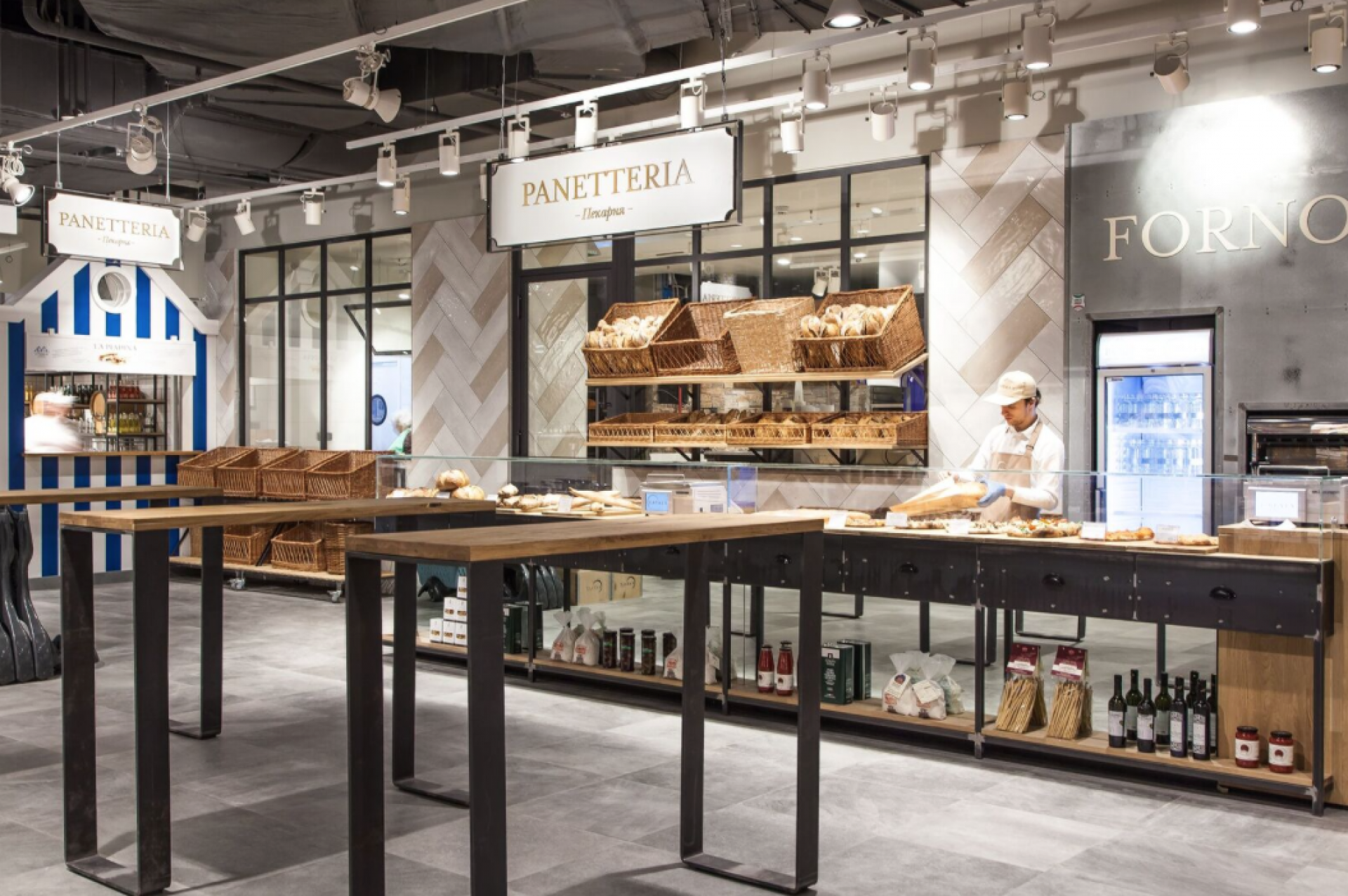 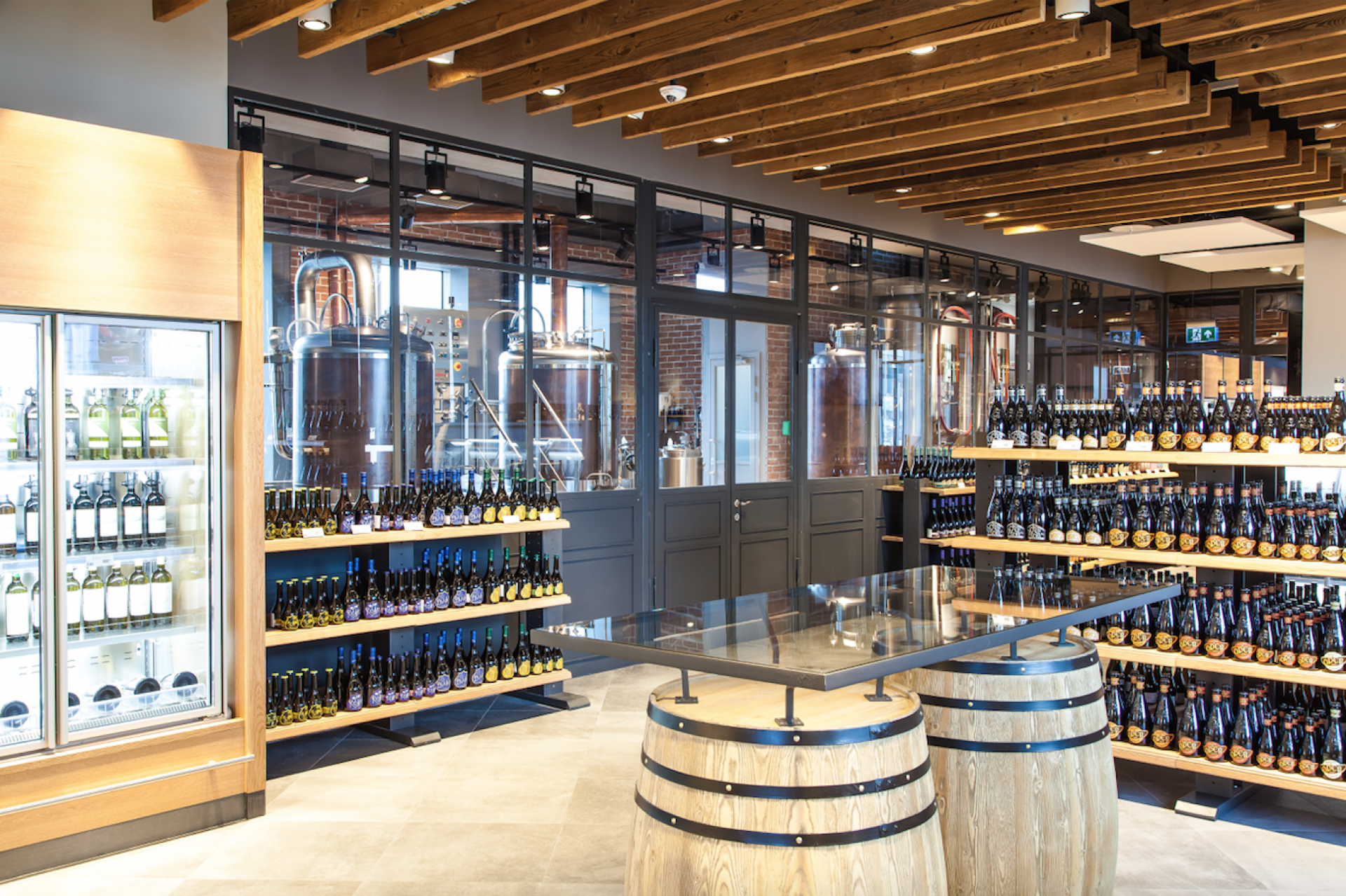 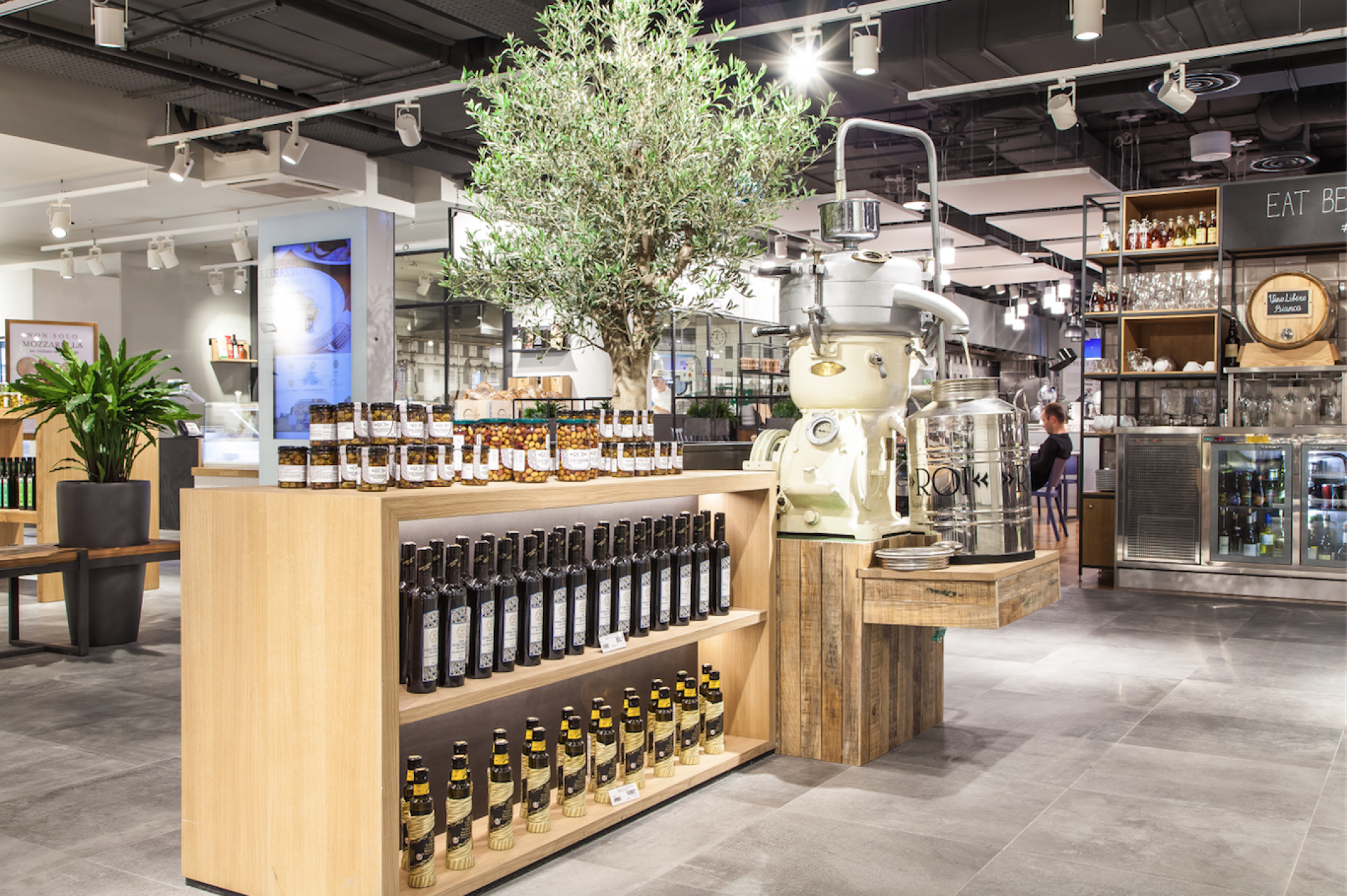 “In the end we were lucky that the construction of the building took more time,” says franchising director Simone Tosato, “because opening three years ago would have meant finding ourselves in the unexpected situation of an embargo and this would have been a disaster for us.”

“Back then there were no quality products in the Russian market, while today the situation is completely different,” says Tosato, referring to the drastic changes that have swept the country in the last two years.

Since the Kremlin responded to U.S. and EU sanctions imposed in  over the annexation of Crimea by banning imports of Western food products, Russia has seen cottage industries spring up to fill a gap in the market by producing homegrown versions of traditionally imported foods that were no longer available. Today, both Russians and Italians produce various foods in Russia that were impossible to find right after the embargo began, like cheese and cured meats.

They say Rome wasn’t built in a day. And in this case, it was all for the best.

'What Keeps Me in Moscow Is the Pace of Life'

Tom Blackwell is the CEO of the EM (Emerging Markets) corporate/strategic communications (PR) firm, which is working to expand Moscow’s business networks...
Restaurants

For Rabbi Yaakov Klein, Moscow is about building community.
Restaurants

A Law Unto Himself

U.S. lawyer Thomas Callahan first came to Russia in 2006. He thinks Dostoyevsky is overrated and has no time for expats.
Restaurants

Illinois native James Dwyer first came to Russia to study in 1989. Now CEO of a yogurt company, he spoke to The Moscow Times about his 28-year love affair...