This week European people come together to celebrate 60 years of our continent's greatest peacetime project: the European Union. On March 25, 1957, our Founding Fathers signed the Treaty of Rome – an act that resolutely put an end to the trend of devastating wars between neighbors on our continent. Fundamentally a people's project, Europeans pledged “farewell to arms” and “never again war.”

As President Juncker stated, "we are the heirs of those who first established Europe, of those men and women who in 1945 returned from the front and the concentration camps to towns and villages which had been destroyed." Putting behind them animosities among neighbors and reconciling the feeling of national identity with a commitment to the common good, Europeans vowed to work toward a vision of a peaceful, united and prosperous Europe.

And today, 60 years later, the vision remains alive and we can be proud of our achievements. Europe has turned from a continent of war to a continent of peace. This project has brought together 28 European states, more than 500 million people speaking 24 languages in one union, the European Union.

The EU today symbolizes peaceful cooperation, respect for human dignity, liberty, democracy, equality and solidarity among European nations and peoples. It is the largest trade power and development and humanitarian aid donor. The world's largest single market and the euro is the second most important global reserve currency. It is home to the largest union of democracies in the world. Our citizens are free to live, work and retire anywhere in Europe. It is at the cutting edge of innovation. EU membership has resulted in increased and shared prosperity.

This makes us a strong partner when we all together need to adapt and to face the new challenges of the world: effects of rapid globalization continued armed conflict and the rise of terror, poverty and migration, a degrading environment and resource depletion.

Regrettably, the term "challenge" is also used nowadays to describe the state of EU-Russia ties. As spelled out in the EU Global Strategy, “managing the relationship with Russia represents a key strategic challenge for the European Union.” For the last couple of decades, the EU and Russia had assumed a strategic partnership based on the convergence of values, economic integration, and modernisation of our societies. Our agenda was positive and ambitious.

However, our partnership faced a breakpoint in 2014 with the illegal annexation of Crimea and the destabilization in Eastern Ukraine. From that point forward and today, it is clear that Russia and the EU have some deep differences: they relate to the European security order, principles of pluralism and human rights, the need for an open market economy and a rules-based trading system.

At the same time, Russia and the EU remain strategically important to each other. The EU remains the largest trading partner for Russia, while Russia is the EU's fourth largest. We also have a number of shared concerns, such as the threat of terrorism, climate change and the situation in the Middle East. The success of the joint efforts to reach a nuclear deal with Iran demonstrates that we can cooperate in the international arena.

The EU also continues to undertake substantial and significant steps that provide a direct impetus to strengthening people to people contacts. From cooperation across our common border through student exchanges to support for civil society – those are the efforts that form the real glue between our peoples.

As we look to the next sixty years, we Europeans must realize that we have the future of our union in our own hands. We must strive to remain united because in unity lies our strength. Our 60 years of experience since the signing of the Rome Treaty shows that a united EU is capable of strengthening and extending the wellbeing of our people. And a united EU will be a strong and reliable partner to countries around the world, including Russia.

Nevertheless, we must recognize that it is difficult to foresee rapprochement in our differences in the near future. The EU must, therefore, strive to engage Russia where possible and speak out when our views clash as we are too important to one another. But we must also underline that any engagement is firmly based on the grounds of the international rules-based system and its principles and values.

Vigaudas Ušackas is Ambassador of the European Union to the Russian Federation. 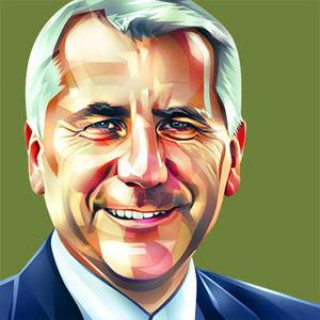 Europe on Alert as Russia Steps Up Aggressive Spying

The defendants were accused of threatening, intimidating and occasionally abusing Chechen women for exhibiting “Western behavior.”