The Moscow metro is set to lose one of its greatest features: the legion of dour Russian pensioners guarding the transport system's escalators.

Barricaded in a small perspex box and armed with a microphone, the attendants are charged with ensuring unruly passengers follow the metro's many rules and regulations.

Daily tasks include terrorizing tired commuters who sit on the escalator steps or issuing passive-aggressive reminders on correct passenger flow.

From April 1, 2017, the attendants' role will be given to members of the metro's escalator repair team, who will guard the staircases in between call-outs.

Some of the those affected by the changes will be moved to other positions. Others will lose their jobs, Russia's Life news site reported. 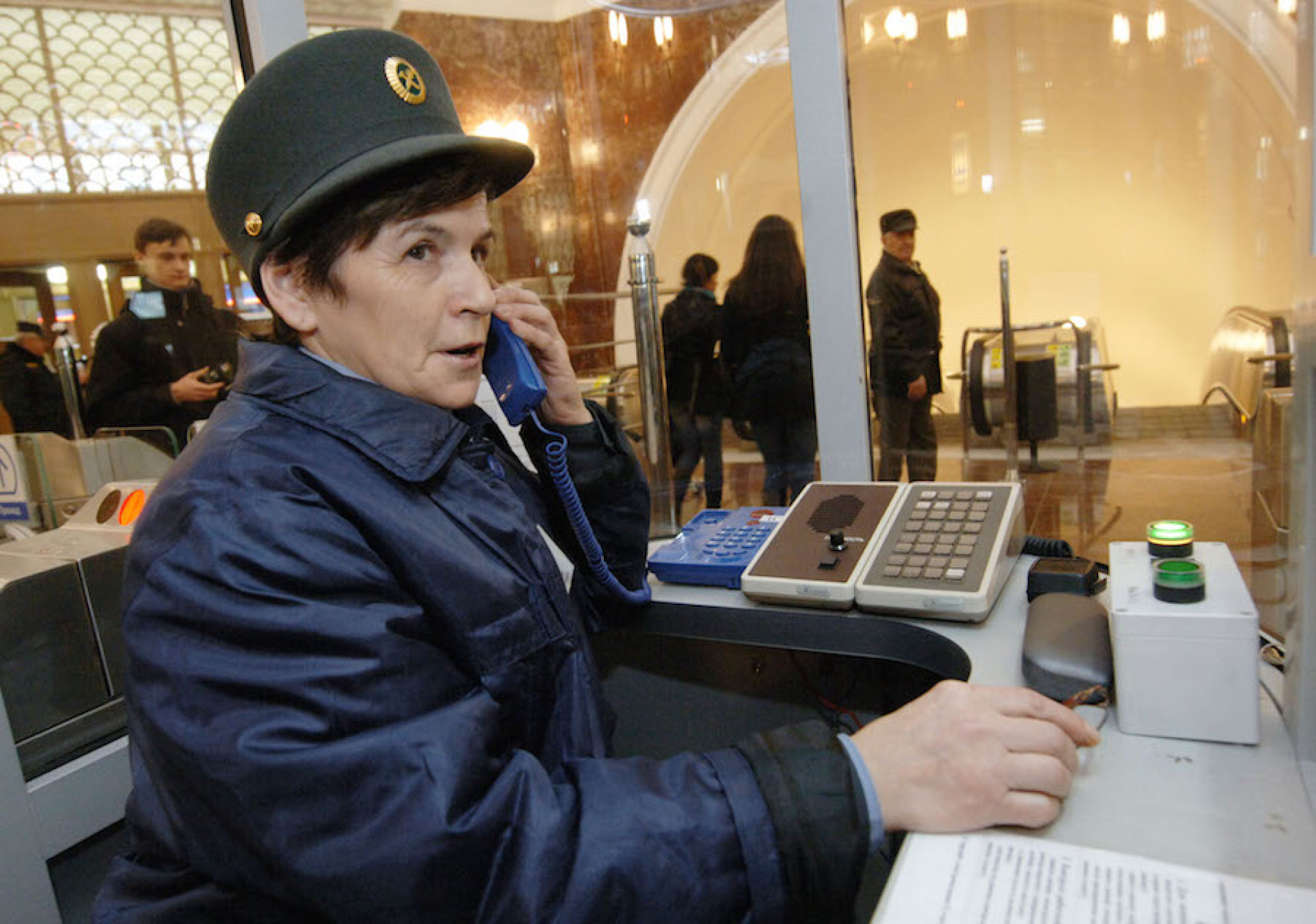 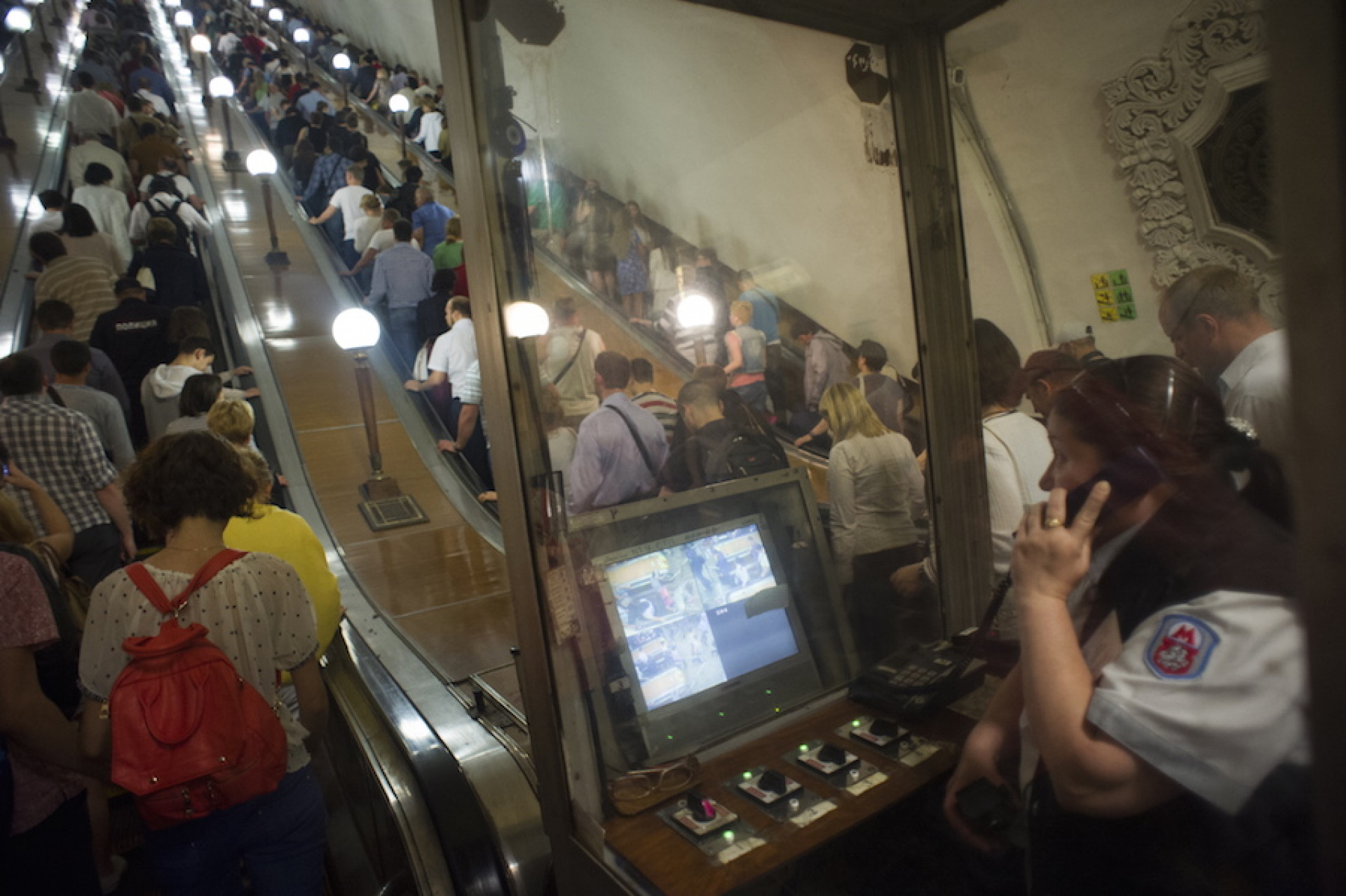 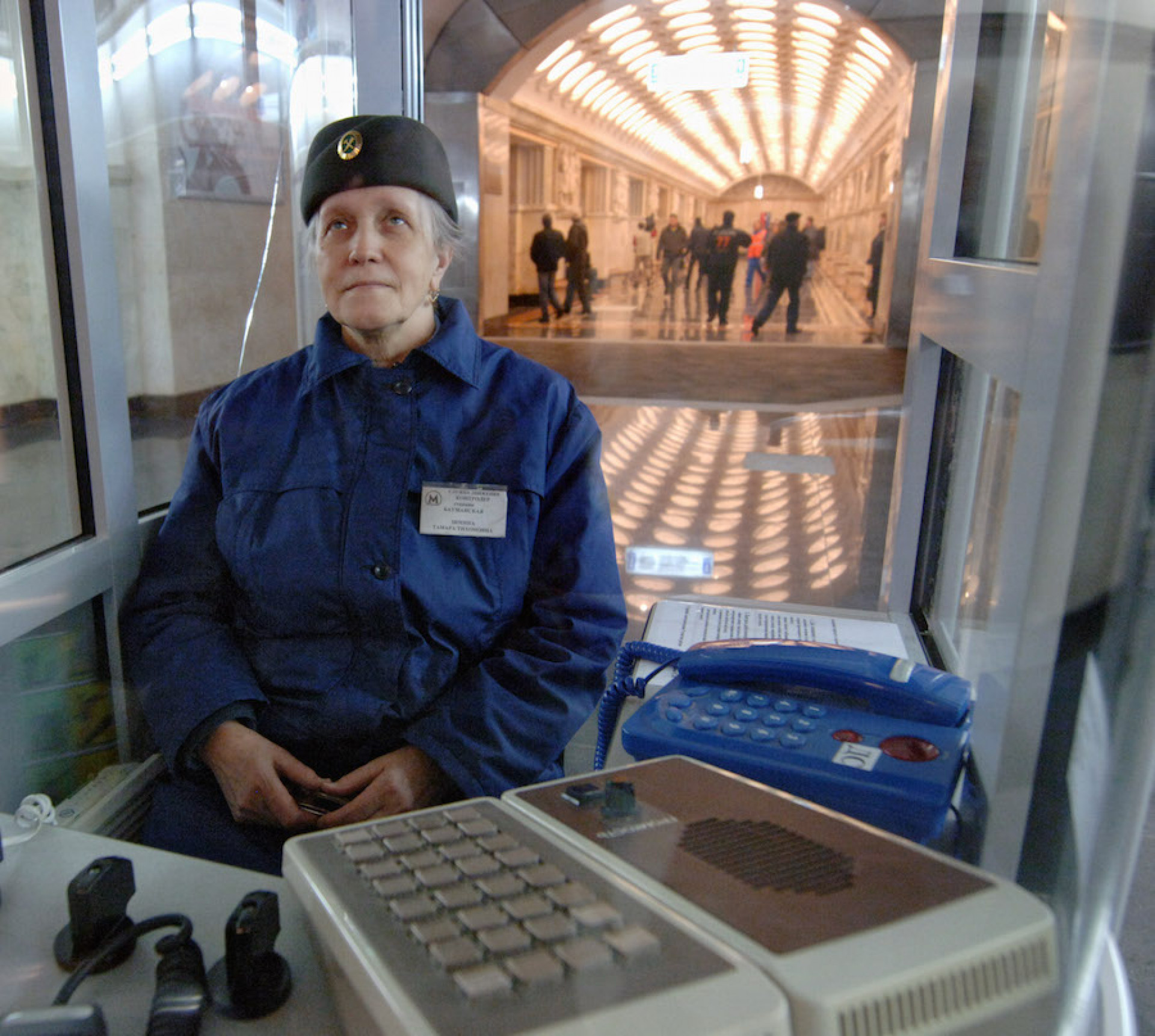 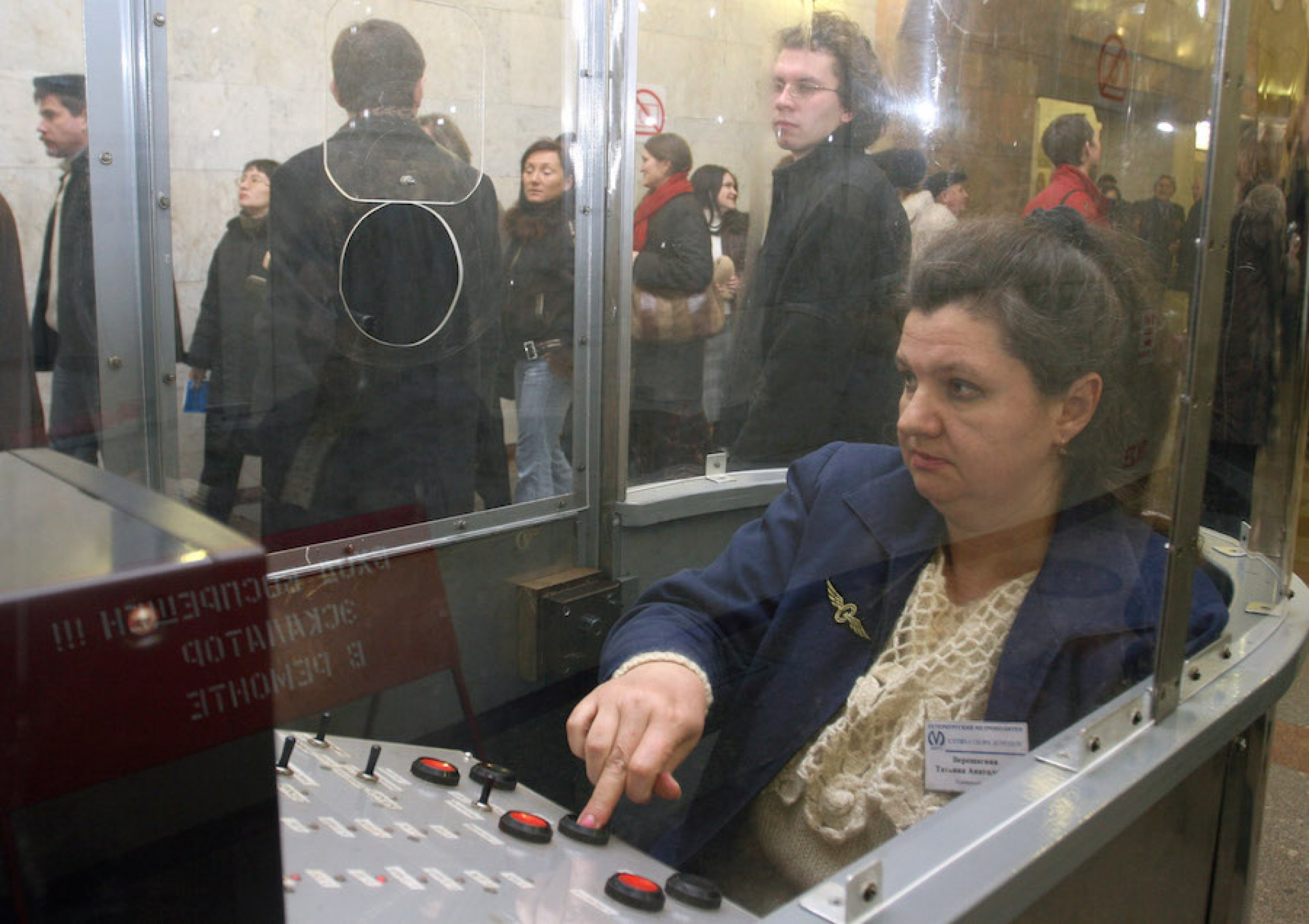 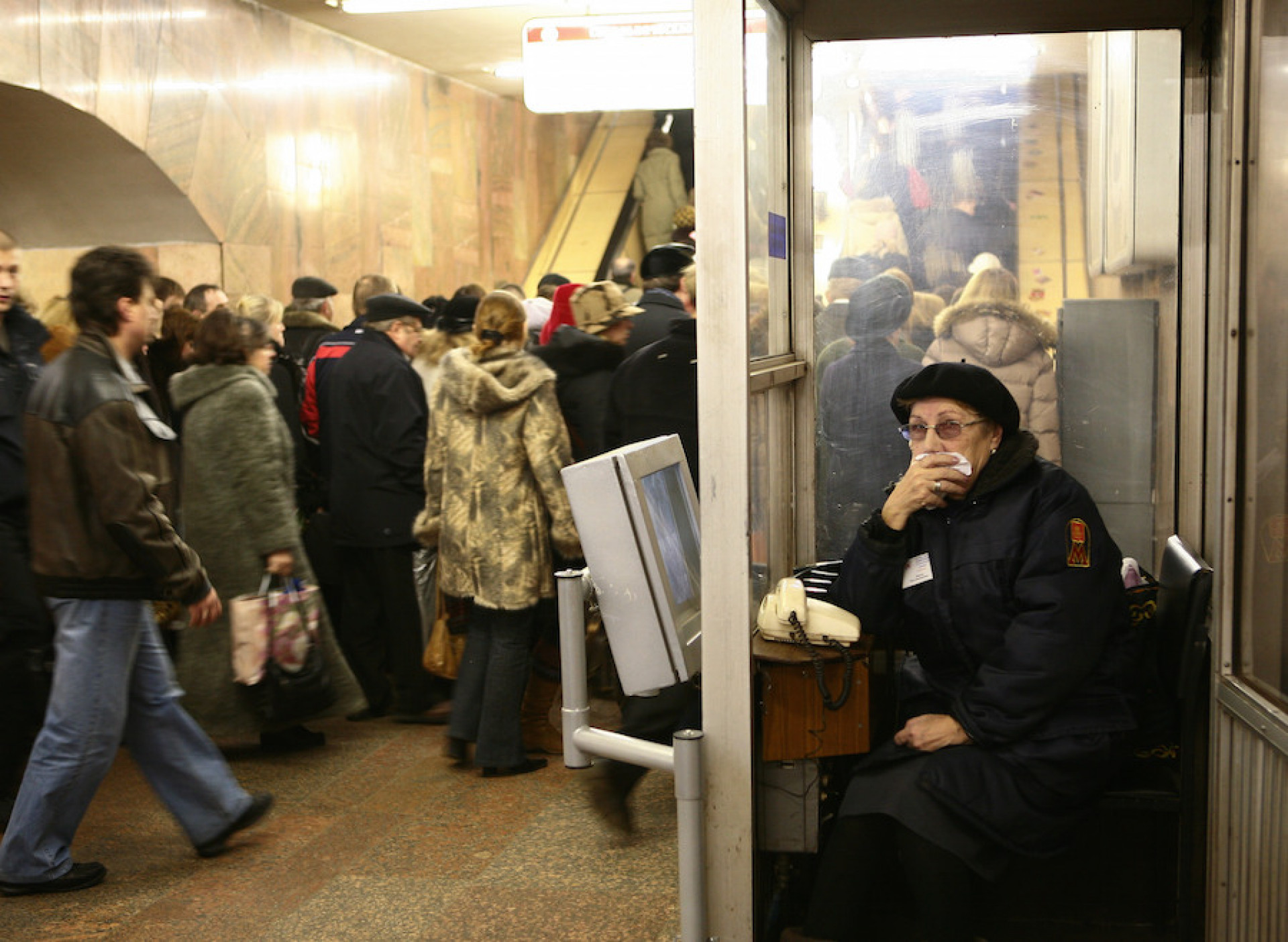 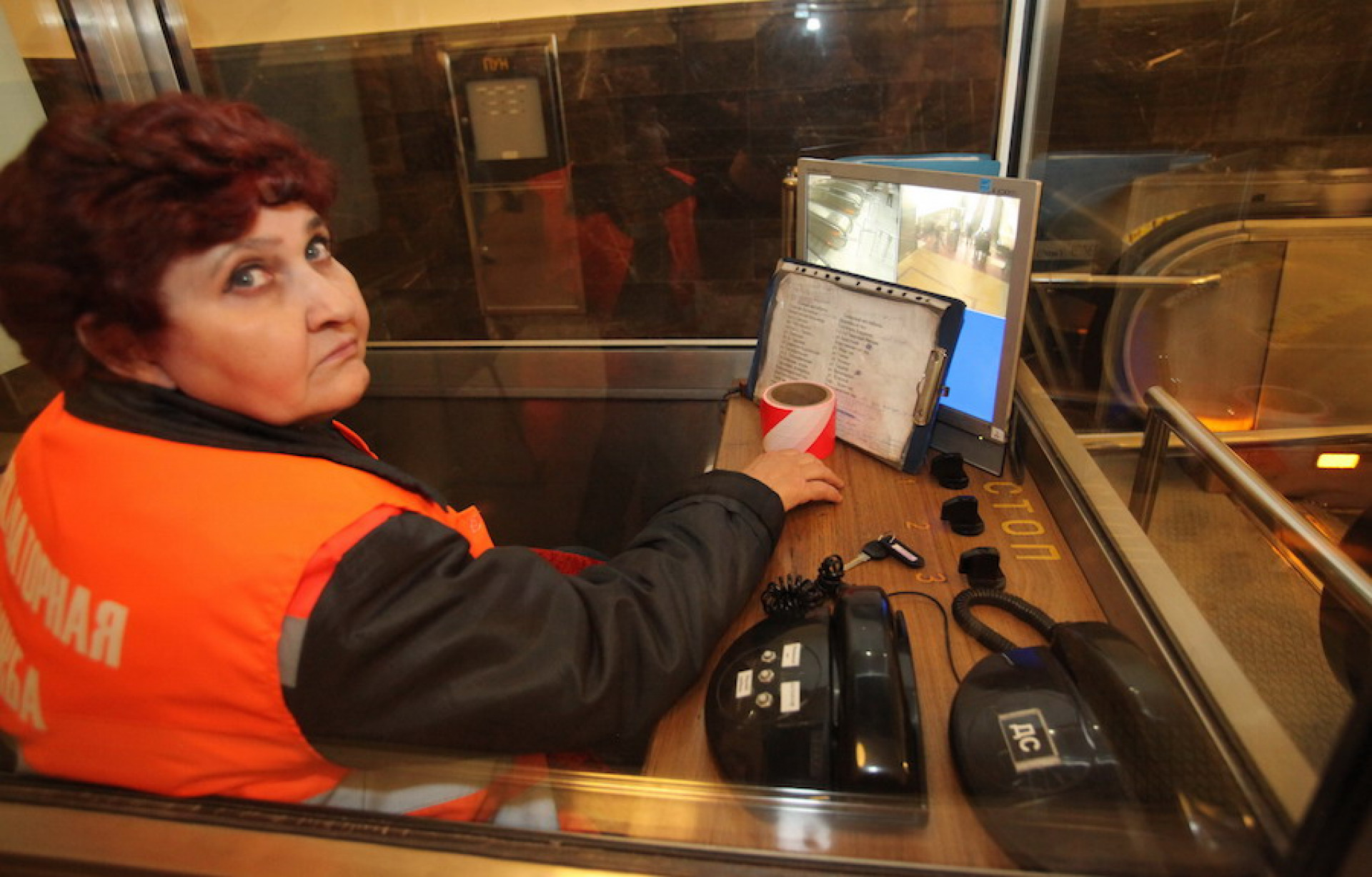 Many of the attendants are pensioners who subsidize their state income with a monthly wage of approximately 14,000 rubles ($242).

Some have even become minor celebrities. In her 20 years working on the metro, the beloved “Auntie Lyuda,” based at the capital's central Oktyabrskaya station the attendant, became famous for gently berating passengers for bad habits such as slouching.

The Moscow metro boasts 649 escalators across its network. The longest escalator, measuring an impressive 126 metres can be found at station Park Pobedy.

You’d think I’d be used to Moscow winters by now, but by mid-February I’m like a big balloon with a slow leak, deflating and falling behind in everything...
NO CARD, No cash? No problem

The system, named "Face Pay," has been fitted at special turnstiles across the Russian capital’s more than 240 metro stations.
multilingual metro

“Our task is to make the metro clear and comfortable for different passengers,” Moscow’s transportation department said.
hands off

“We promise that the statues will be grateful and all your wishes will come true,” Moscow's Transport Department said.