A novel program looks to break through the isolation of some of Russia's most severely disabled children by harnessing the recuperative powers of sport.

After her daughter Alice was diagnosed with infantile cerebral paralysis, Maria Tsvetkova saw her life turned upside down. She practically lived in hospitals for weeks at a time, and regularly attended rehabilitation courses in the Czech Republic and in Slovakia.

There was little discernible effect on her daughter's development.

Last year, the family decided to try a new type of rehabilitation — the Ski Dreams program. And the results could not have been more startling.

"Alice started to walk with her heels, her gait and movements became steadier," says Maria. "Alice now can't wait for her next training session — she really trusts and listens to her teachers."

According to data from the Russian Federal State Statistics Service, in 2015 there were 12.45 million disabled people living in Russia, of which 604,000 are children. According to various estimates, 4.2-4.7 out of 1,000 babies in Russia are born with cerebral paralysis and other paralytic syndromes.

Developed by a non-commercial organization in conjunction with medical experts, the Ski Dreams program looks to tackle the isolation of disabled Russians using the power of sport.

"With the right supervision, skiing can help speed up the process of rehabilitation and socialization," says Julia Gerasimova, the program coordinator. 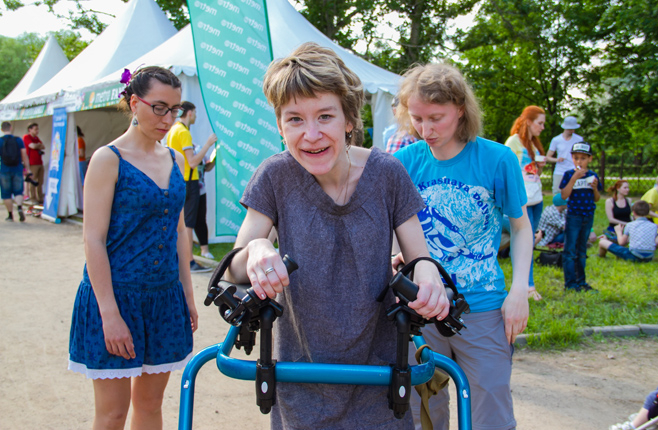 Ekaterina Yudina, mother to Lev Yudin, 13, says the her son become more confident in his movement ever since he started to participate in the program in February 2016.

"Lev doesn't even see it as rehabilitation — it's painless and we have little trouble making him go," she says. "But each time, we notice that his movements become more confident, his back is straighter and his self-esteem is growing."

According organizers, the program achieves real results within two or three weeks — improving motor function in patients with infantile cerebral paralysis, and developing speech and communication in autistic children.

The program has been endorsed by Moscow City Council's Social Rehabilitation Centre. Medical oversight is provided by Dr. Svetlana Olovets.

Such recognition seemed a long-way off in January 2014, when actor and television host, Sergei Belogolovtsev, and his journalist wife, Natalya, first created the Ski Dreams program in Moscow.

Their son, Yevgeny, has been living with infantile cerebral paralysis for 28 years — indeed, he did not walk for the first six years of his life. Over many years, the family tried various methods of rehabilitation. This included a ski program in the United States, which, quite unexpectedly, proved to be the most effective.

As Sergei and Natalya later found out, ski rehabilitation programs for people with disabilities have been functioning in the United States, Canada, and Australia for more than 30 years. After some consideration, they decided to create the first project in Russia.

"Our experience demonstrated that skiing rehabilitation programs are really effective for people with musculoskeletal system impairments, autism, Down syndrome, as well as partial or full absence of sight and hearing," says Sergei. 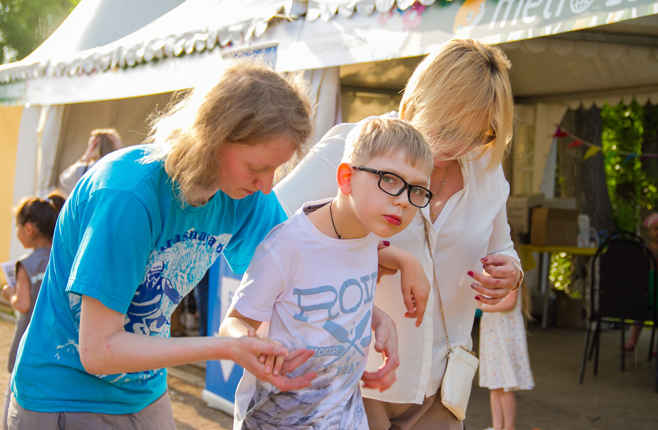 Sergei Belogolovtsev and his wife Natalya created the Ski Dreams program in January 2014. Their son had benefited from a ski rehabilitation program in the United States.

The program now operates in 14 regions of Russia, from Moscow to Sakhalin. In total, more than 3,000 people between the ages of three and 62 have already undergone rehabilitation. In addition to actual sport programs, Ski Dreams also trains certified instructors and volunteers.

Ski Dreams currently functions on the generosity of individual private donors, commercial companies and other grants. The Siberian coal energy company, for example, supported the opening of a special rehabilitation centre in the Kemerovo region. In many other cities, costs have been covered by ski slope owners themselves.

The courses are excellent value. In Moscow, two sessions per week cost around 3,000 Russian rubles ($50) with one instructor or 6,000 rubles ($100) with two instructors. In other cities and regions, the prices are lower. In comparison, one day in the outpatient centre of the Social Development Ministry in Moscow costs about 5,000 rubles ($75).

According to program coordinator Gerasimova, Ski Dreams is also in the process of applying for government subsidies. Parents welcome this move. "We really would like the program to receive full medical accreditation because its effect is so obvious," says Maria Tsvetkova.

Ski Dreams plans to increase the number of centers as well as developing new rehabilitation programs and analysis system. They are also looking for new funds and investors to take them to the next stage.

"The lack of targeted funding for the program development is one of our most pressing issues," says Gerasimova. "We're hopeful that some business angels somewhere might be able to help"