The first summer weekend is almost here and two major festivals are happening on Saturday and Sunday — Usadba Jazz and Bosco Fresh Fest. Both Russian and international heavyweights are among the headliners, including Azealia Banks, Mumy Troll and Aquarium.

But if you don't feel like spending the whole day listening to music among the greenery, we picked several concerts worth going to, including three world-class bands from the U.S.

Just a couple of years ago L'One made his debut with "vse tantsuyut loktyamy" (everyone dances with their elbows), which set alight dance floors all over Russia. Now he's able to command venues like Zelyony Teatr (Summer Theater) in Gorky Park, where he'll be presenting his new album.

Panic! at The Disco is a band from Las Vegas that started out playing pop punk, but switched to retro pop. They are currently touring with their fifth album, "Death of a Bachelor." Their concerts are famous for being more of a theater or even circus performance, so prepare to be entertained! 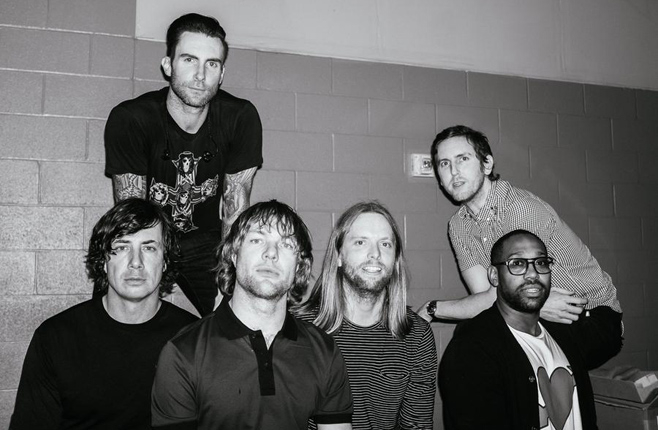 L.A. band Maroon 5 needs no introduction. It's one of the leading pop-rock bands in the world with crooner Adam Levine as the frontman breaking hearts all over the planet. Maroon 5 authored several mega hits, including their breakthrough "This Love" and their most recent "Sugar," which happens to be one of top-twenty, most-watched videos on YouTube.

Brazzaville is yet another band from California (Los Angeles again) that moved to Barcelona, Spain. After a couple of concerts in Russia in the early noughts, the band's leader David Arthur Brown fell in love with Russia, toured extensively all around the country and devoted several songs to his trips. Jenia Lubich, a Russian singer from St. Petersburg who sang on one of their hits, will also be joining the band on stage.

Antoha MC is a one-man act, playing a mix of hip-hop, acid jazz and reggae. Sometimes he sounds like Mihey and Jumanji, a band from the 90s with a cult following, sometimes like 80s electronic music and Kino.

Attention all book lovers! This weekend you won't want to miss the second annual book festival on Red Square. With more than 100,000 titles from 400...
news

Crazy About Tiffany's in Moscow, Too

"Crazy About Tiffany's," a new documentary film about the famous New York jewelry and luxury goods store, will premier this Thursday at the Center...
news

Sweet Joy at the Izmailovo Kremlin This Saturday

If you have kids with a sweet tooth and want to enjoy a feel-good weekend activity, the Izmailovo Kremlin is holding the Sweet Joy festival this...
winter wonderland