The Multi Media Art Museum (MMAM) has kicked off the 2016 Moscow biennale of photography with the unveiling of Pirelli's latest calendar. Over the next seven months exhibitions and events at various locations throughout the city will take place as part of the biennale. The initiative aims to showcase photographers and photography from all walks of life and will include a retrospective element focusing on the pioneers who made photography an art form.

In a packed MMAM, the main focus of the opening on February 10th was Pirelli's 43rd annual calendar. Pirelli's calendars have made the Italian tire manufacturer a household name, and the calendar itself is now incredibly popular collectors' item in art circles. This year however, the format was a little different. Rather than half-dressed supermodels in exotic locations, the focus was on "Women Changing the World."

Shot by world-renowned photographer Annie Leibovitz, the calendar features women such as Serena Williams, Yoko Ono and Patti Smith. The calendar is a celebration of women's achievements in their respective fields and of the various roles they play in contemporary society. Alongside the photographs in the exhibition, Pirelli has also produced a video that features recorded interviews of the women. The inclusion of the Pirelli calendar shots in the biennale alongside more traditional photo stories is all part of the variety in photography that the biennale aims to highlight. This wasn't to everyone's taste, however. "Of course Annie Leibovitz is an amazing photographer, but seeing her work exhibited in collaboration with Pirelli — to me that gives it a very commercial flavor. Something which I believe should not be part of art," commented one visitor.

Aside from hosting the launch of the biennale, the MMAM is currently exhibiting the work of several influential photographers as part of the initiative. The first floor allows visitors to encounter the works of Scottish-Russian photographer and artist William Carrick. Carrick lived and travelled through Russia in the 19th century with his photographic assistant and best friend, John MacGregor. Carrick's fascinating photo series "Russian Empire: 1860 — 1870" tells the story of life in Tsarist Russia. Carrick was in fact one the first photographers to use people's daily lives as a form of art, an idea that was groundbreaking at the time. An important aspect of the biennale this year is the retrospective, which explains why the pioneers of photography enjoy such a prominent place at the gallery. 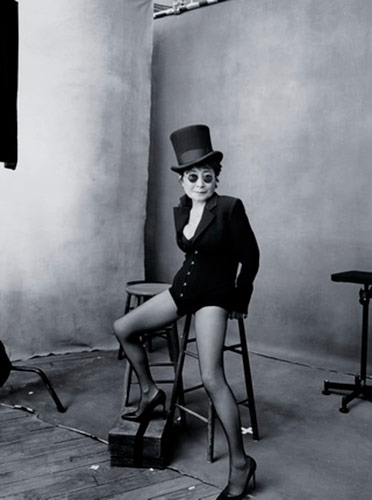 On the same floor, a photo series entitled "A Regional Town of Galich: 1900-1930" by Mikhail Smodor, allows you to get up close and personal with depictions of life under the Bolsheviks. The photographs show ordinary people at work and at play during one of the most tumultuous times in Russian history.

Anzhela, a visitor at Smodor's exhibition, shared her impressions of the photo series with The Moscow Times. "It's very refreshing and interesting to see the work of photographers from my own country like Smodor. If I am completely honest, I had never heard of him before and I am really impressed by the incredible photographs, which are of such high quality considering the equipment he had at his disposal back then. You start to wonder: Are photographers from the modern era more talented and creative or are the pioneers? I personally think the latter."

Up on the first floor, visitors to MMAM can discover the latest works of Yevgeny Granilshchikov in "Untitled (After Destruction)." The exhibition is melancholic approach to the turbulent events that have gripped the world over the past year.

All in all more than forty exhibitions will run as part of the biennale, which ends in autumn. Various venues across the city will play host to the work of exceptional international photographers. Particular picks include Derive at the Manege and Genesis at the Mouravieff-Apostol House and Museum.

Derive, by Yusuf Sevincli, will run until 17th March. A young Turkish photographer, he specializes in black and white highly contrasted shots. Genesis by Sebastiao Salgado has already been exhibited across Europe, and now continues its journey in Russia at part of the biennale. Salgado has spent the past eight years traveling around the world and documenting remote areas as yet unmarred by human interference. Genesis is the fruit of his labor and intended as an environmental wake up call. The exhibition will run at the Mouravieff- Apostol House and Museum until 15th May.

Other hosting venues include the Tretyakov Gallery on Krymsky Val, the Shchusev State Museum of Architecture and the Manege. Several famous photographers such as Italian Graziano Arici, German Addo Trichen and Japanese master Hiroshi Sugimoto are among those planning to visit Moscow and conduct master classes, lectures, training and personal exhibitions.

What better way to spend your evening than watching incredible hulks of metal battle annihilate one another? Bronebot season will kick off on Sunday...
news

A selection of Moscow restaurants opened this week.
art of dissent

Dmitry Vrubel was a non-conformist painter and dissident artist.