The downing of a Russian Su-24 bomber on the Syrian border by a Turkish F-16 fighter jet on Tuesday marks the first serious clash between Russian forces and an external coalition involved in Syria's civil war — but it was a predictable event.

Turkey has been supporting rebel forces fighting Syrian President Bashar Assad since the civil war erupted in that country 4 1/2 years ago. While Turkey has given substantial support to the Free Syrian Army, it has largely focused on supporting Turkmen forces located just over its border.

According to Turkey, these Turkmen forces have been targeted by Russian bombing raids in its air campaign launched by President Vladimir Putin at Assad's request nearly two months ago, despite Moscow's insistence that its operation is aimed primarily at the Islamic State.

These conflicting interests in Syria set the stage for Tuesday's dramatic events. Turkey under President Recep Erdogan — a strongman leader with political instincts similar to those of President Vladimir Putin — has repeatedly warned Russian aircraft to steer clear of Turkish airspace while conducting raids in northern Syria.

Tensions in airspace along the border have been high throughout the conflict. In 2012, Syria shot down a Turkish reconnaissance plane, and a year later Turkey shot down a Syrian helicopter that allegedly entered its airspace and failed to acknowledge repeated warnings to leave.

In this regard, the downing of a Russian fighter jet should have come as no surprise. Since Russia began bombing in Syria, its fighter jets have reportedly strayed into Turkish airspace several times — prompting Ankara to repeatedly warn Moscow that it would defend its sovereign airspace.

"Russia's likely mistake was not to make a priority of keeping well clear of the border rather than deliberately intrude into Turkish airspace as a political gesture," said Mark Galeotti, an expert in Russian military and security affairs at New York University.

"I think it's more likely either that Turkey leapt at the opportunity when a plane strayed momentarily over its border, or else the [Su-24] bomber was just more concerned with the optimal attack run rather than the precise location of the border," he said. 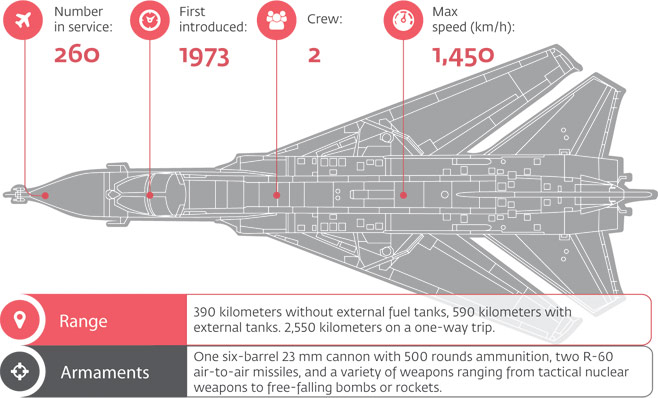 The downing of the Su-24 fighter-bomber on the Turkish-Syrian border marked the first loss of a Russian aircraft since Moscow launched its aerial intervention at the end of September. While the plane's two pilots ejected, one was reportedly killed by local rebels during his descent.

The Associated Press news agency cited a local rebel leader, Jahed Ahmad of the 10th Coastal Brigade, as saying one of the pilots was fired on during his descent and was dead on arrival. A video later emerged online showing militants surrounding a dead pilot.

Later that day, while conducting a search and rescue operation for the downed Sukhoi pilots, a Russian Mi-8 Hind helicopter was forced down by gunfire from Syrian rebels and later destroyed by a TOW missile while on the ground.

Two narratives have emerged surrounding the aircraft's actions leading up to the incident. The Turkish government has maintained that the Russian bomber strayed into its airspace, and failed to respond to a series of 10 warnings delivered over a period of five minutes.

Though the Turkish government said Tuesday that it was not aware of the nationality of the intruding aircraft, it defended is actions as falling well within its publicized rules of engagement and a legitimate defense of its sovereign airspace.

President Erdogan on Wednesday said: "We have no intention of escalating this incident. We are only defending our own security and the rights of our brothers," Reuters reported.

Putin, in a series of harsh remarks delivered in Sochi during a visit by Jordanian King Abdullah on Tuesday, painted a different picture: Turkey stabbed Russia in the back by firing on a Russian bomber that posed no threat to Turkey, and likewise never got closer than 1 kilometer to the border.

The two sides are likely to continue arguing over this point, and data presented by both sides will back up their respective version of events. However, assuming the Turkish story adds up, radar tracks show the Sukhoi passed through a short strip of airspace very quickly — perhaps in just 17 seconds, a UN letter published by WikiLeaks on Tuesday claimed.

This suggests that Turkey took an opportunity to prove a point — that it was prepared to fire on a Russian aircraft infringing its airspace while on a bombing run in a region of Syria populated by Turkmen rebels, a group that Turkey views as their kin fighting in the civil war against Assad.

"I think it's important to note that yesterday's tragedy was not an accident, and I think both sides are to blame," said Yury Barmin, a Russian political and international affairs analyst. "[But], I am inclined to think that the downing of the jet was intentional, a signal that Erdogan sent to Putin."

Pyotr Topychkanov of the Carnegie Moscow Center, a think tank, argued that Russia's harsh reaction to Turkey's actions on Tuesday reveals that the incident caught them completely off guard, despite the glaring differences between Russian and Turkish interests in Syria.

"Ankara has a totally different view on Syria. [Also], it has assets in Syria that have been seriously weakened by Russian and Syrian actions. … I can't understand why the Russian ministries of defense and foreign affairs, as well as the intelligence community, didn't take this risk more seriously," said Topychkanov.

In this regard, Moscow may have miscalculated Ankara's willingness to defend what it views as its vital interests in Syria — which analysts said is viewed by Erdogan much the same way Putin has viewed Ukraine, and their responses to developments have been similar.

"It's getting clearer and clearer that Putin has encountered a side in the Syrian conflict with a line of thinking similar to his," Barmin said. "It's as if Putin has to figure out how he would have dealt with himself in Ukraine.

The EU insurance ban comes as Moscow seeks to ramp up sales to China and India.
Active efforts