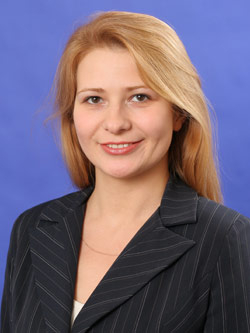 Enforcement of the CBR Instruction is a part of contingent development of the Russian banking system in the context of the Basel Committee's requirements. The CBR Instruction requires that employees who assume risk when performing their activities (risk-takers) are identified, along with the employees responsible for risk management and control (risk-controllers). Remuneration of these employees should be based on specific KPIs developed by the bank which link to the employees' areas of responsibility. The bonus received by a risk-taker or risk-controller should depend on their performance, as measured by the KPIs.

Another significant difficulty for Russian banks was to comply with the required proportion of fixed / variable / deferred parts of remuneration for risk-takers, where the portion of the variable and its deferred parts should be no less than 24 percent and 16 percent respectively based on the CBR Instruction. Without doubt, risk-takers have been delighted to receive bigger bonuses, but for some banks this could have resulted in a  dramatic increase in the size of the remuneration pool, which from an economic point of view was not possible, nor was it probably the intention of the CBR.

Implementation of remuneration systems that comply with the CBR Instruction has been a complex process involving experts from all of the different departments within banks, such as finance, risk management, legal, HR, and – for global banks — approval from their headquarters. In many cases, this challenging process was too much to perform by simply relying on internal sources, causing banks to bring in multidisciplinary teams of consultants for full-scope assistance or for assistance with certain aspects of the project (e.g. developing KPIs), or for an independent review of their internally-developed remuneration systems.

The CBR is authorized to begin reviewing the compliance of the remuneration systems in banks starting in October 2015. Some Russian banks have already received short requests from the CBR in connection with this, though to date there are no publicly available results from a formal audit conducted by the CBR.

Summarizing the above, the CBR Instruction is still relatively new and, to date, there is no much practice of its application. We are waiting for such practice and are looking forward to continuous cooperation with the CBR in developing balanced approaches to designing remuneration systems for Russian banks.