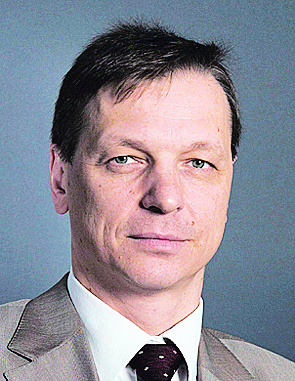 The weakening of the Russian economy under the impact of the sanctions imposed by the West and against the backdrop of falling global energy prices is having an adverse effect on foreign trade, which has contracted significantly over the last year. In the current situation, the Russian authorities’ intent to support development of domestic manufacturing is both predictable and consistent.

Who is subject to the law?

The Law will apply in practically all areas of Russian industry, with the exception of alcohol and tobacco industries as an example. Other exceptions from the operation of the law may be found in the Russian Classifier of Economic Activities which can give a definitive answer if the law affects an industry in question. The law expressly affects the industries related to minerals extraction, manufacturing, power, gas and steam supply, air conditioning, water supply and removal, waste collection and disposal, as well as elimination of pollution.

Support for domestic manufacturers — what options are available for business?

The Law stipulates a set of measures for promoting industry, including financial support: subsidies from budgets of different levels, special investment contracts, etc. In turn, these measures apply to legal entities and individual entrepreneurs doing business in industry in Russia, on the continental shelf and in the exclusive economic zone.

A separate incentive consists in priority of domestically-made industrial products over foreign ones in procurements for state and municipal needs or by certain types of legal entity. This rule may be considered as a logical generalization of the sporadic recent measures limiting foreign goods’ access to public procurements.

The incentive procedure will be determined by the Russian government. In the near future, documents (and their drafts) are to be published on implementing the relevant statutory provisions (for example, determining the procedure for entering into special investment contracts). 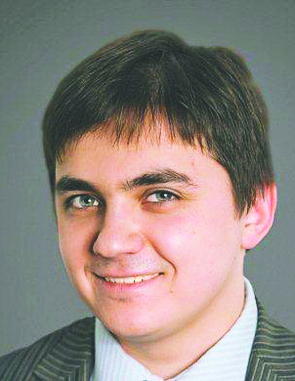 What is a domestic manufacturer?

Considering import substitution focus of the Law, the incentives will most likely be connected with production localization in Russia. The assumption is based on the draft government resolution, developed in furtherance of the provisions of the law, which establishes the criteria for recognizing goods being Russia-made in Russia. The proposed criteria stipulate localization of production to one degree or another. In particular, this might imply certain production operations being performed in Russia during manufacture of goods, thresholds being set for the cost of imported components, rights of legal entities resident for tax purposes in the EEU to structural and technical documentation in the volume sufficient for manufacture, modernisation and development of the relevant products. Meanwhile, industrial products for which no special requirements are envisaged by the draft resolution will be deemed to be manufactured in Russia on the basis of the criteria determined by the Agreement between the CIS member-country Governments dated 20 November 2009 “On rules of origin in the CIS”.

It should be noted that the Russian government draft resolution under analysis is, in fact, the first legal industrial policy act specifying the features characterizing domestic manufacturing. In addition, the obvious good-focused approach suggests that the incentives might be available for foreign investors that set up production in Russia.

Who will confirm domestic production and how?

Industrial products for which special requirements are set by the draft government resolution will be recognized as manufactured in Russia on the basis of examination reports from the Russian Chamber of Commerce and Industry and the Russian Ministry of Industry and Trade. However the procedures are not in place yet. It is not established yet which documents will be used for recognizing products manufactured under special investment contracts as being domestically made. Special acts regulating the procedure for entering into such contracts could decide this.

In relation to such a large-scale project for supporting national industry, it is useful to remember Russia’s WTO obligations.

There are, however, certain other WTO agreements a potential breach of which might result in disputes between Russia and other WTO members.

For instance, in the context of the declared incentives, the WTO Agreement on Subsidies and Countervailing Measures, containing a range of restrictions on subsidizing might be relevant. In particular, this agreement prohibits export subsidies and ones for using domestic products instead of imports. It should be noted, therefore, that the Law on industrial policy expressly stipulates financial and material support for industrial entities exporting industrial products manufactured in Russia.

When the incentives are applied, account should be taken of the GATT 94 requirements that imported products be provided with no less favorable treatment than similar domestic products with respect to all laws, rules and requirements related to their internal sale, offer for sale, purchase, transportation, distribution or use.

These are only two examples showing that the measures taken might be disputable, yet even now it is clear that the new industrial policy regulations provide additional opportunities for developing both business (including with foreign involvement) and law enforcement practice.

Practical advice — what should business focus on?

Since the regulatory framework for the law has not yet been fully prepared, we advise the business community to monitor carefully publication of the relevant draft documents. Many are likely to be discussed publicly, including within the scope of the impact assessment procedure. In this situation, cooperation between the business community, professional advisers and legislative authorities will be of particular importance. Draft monitoring and extensive discussions will at least help mitigate potential conflicts, if not eliminate them altogether, once the relevant legal acts are passed.

In turn, once the conditions for “full-scale” application of the law on industrial policy are established, the most topical issues are likely to be those connected with recognition of products as manufactured in Russia, use of the incentives and, for foreign investors, compliance by the measures applied in Russia with the WTO requirements.

Russia’s foreign ministry said facilities that are subject to inspections under the New START treaty will be "temporarily" exempt from inspections.
high risks

The Kremlin has sought to strictly control the narrative of the war at home since invading Ukraine on Feb. 24.