Moscow can be a pleasant place in midsummer when the city empties out, and there are plenty of events going on. The Moscow Times offers this guide to making the best of the longest days of the year in the Russian capital.

From its humble beginnings in 2004, Usadba Jazz has become one of the biggest and most anticipated open-air music festivals in Russia. This year's event promises to be especially spectacular since the venue is the picturesque Tsaritsyno estate, whose lush parks and wide-open spaces offer space for more stages and extras. This year, the festival will feature a movie theater; a playground and children's corner; an exhibition of art installations; food carts; and a flea market, making the environment not only relaxing, but family-friendly. On top of all this, the festival will be offering boat rental, so attendees can drift along scenic Tsaritsynskaya Pond to the sound of music.

The festival has long featured non-jazz acts, and this year's lineup is particularly diverse, featuring, of course, traditional jazz as well as popular Russian performers and some of the most promising up-and-coming young musicians from around the world. Headliners include the "king of afrobeat" Tony Allen; Grammy-nominated Australian soul group Hiatus Kaiyote; Anton Belyaev and Therr Maitz, winners of "Golos," the Russian version of American television program" the Voice;" and legendary rock musician Diana Arbenina, presenting a special acoustic program.

Ever wondered why one drink makes you larger and the other makes you small? Exactly how Alice fell down the rabbit hole to the other side of the Earth? This exhibit at the Polytechnic Museum should clarify things: it approaches the wonders of Lewis Carroll's beloved children's story from the perspective of modern physics, proving that although science has explained many of the universe's mysteries, sometimes that only enhances the sense of wonder. Interactive exhibits let the visitor not only learn the theory, but engage with it in practice, like Alice in the garden. Entry is 500 rubles for adults and 250 for children and seniors. 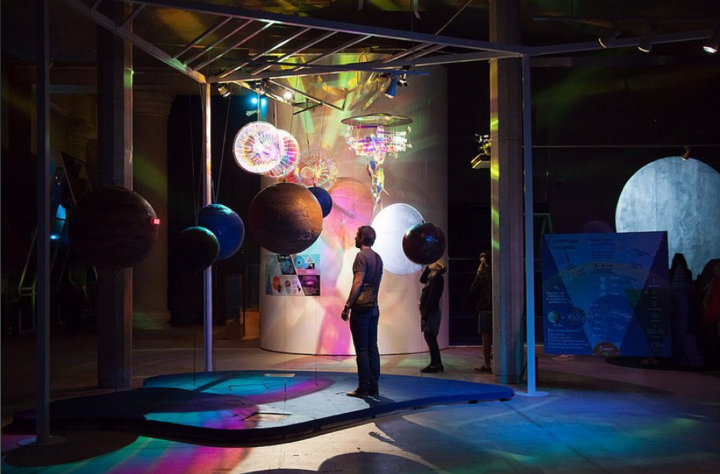 Although it takes a little effort to get to this rock festival in the Tula region, the experience is more than worth it. Dikaya Myata is one of the most popular music festivals in Russia, and thousands of people return year after year to the town of Bunyrovo to spend three days surrounded by nature and music. But the festival's charm isn't only in its location and top-tier lineup — visitors can also spend the evening watching open-air cinema under a starry sky or fortify themselves with Georgian cuisine from some of Moscow's top chefs. This year's headliners include Nino Katamazde, classic rock group Aquarium, international electronic collective N.O.H.A., and many more. 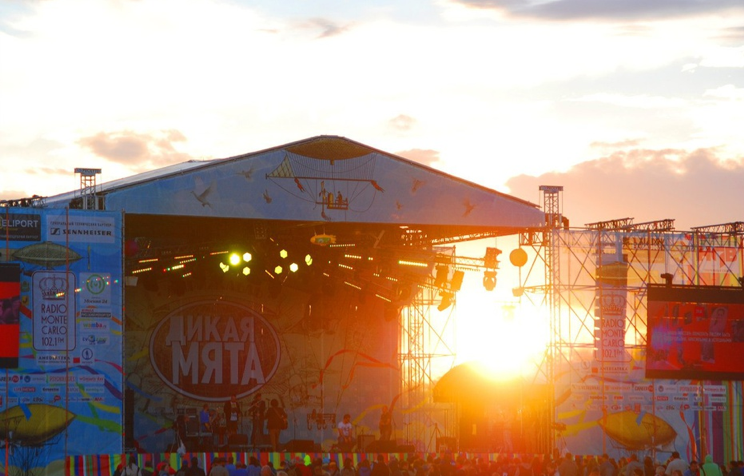 Daniil Kharms remains one of the most interesting and impenetrable poets of the 20th century, whose work almost defies interpretation. However director Maxim Didenko risks his own interpretation in this experimental, color-saturated show, combining elements not only of comedy and drama, but music and dance, a fusion of genres constructed around the poetry of Daniil Kharms.

6 Places to Get a Panoramic View of Moscow

On the ground, Moscow can feel a bit frantic, but visitors can take a break from the constant motion of the city by seeing it from above.
news

June is one of the best months for foodies to visit the Russian capital, with numerous food festivals scheduled. Let The Moscow Times show you the best...
news

The Nine Best Moscow Restaurants With a View

Always stuck in traffic? If you can't afford a flight to escape this city, then at least head to one of Moscow's high-rise restaurants, where the city...
justifying the war

“It shows only one side of the history,” said one visitor.