The spat between Moscow and Kiev that erupted after the annexation of Crimea last year has cut Russia's shipbuilding industry off from vital supplies of defense equipment produced in Ukraine and frozen construction of three classes of next-generation Russian warship.

Due to the disruptions, the Admiral Gorshkov-class and Admiral Grigorovich-class frigates and the Gremyashchy-class corvette — Russia's answers to the U.S.'s Freedom-class and Independence-class vessels — will take years longer to emerge from their yards onto the high seas.

The Moscow Times looked at the Russia's boats' stats. 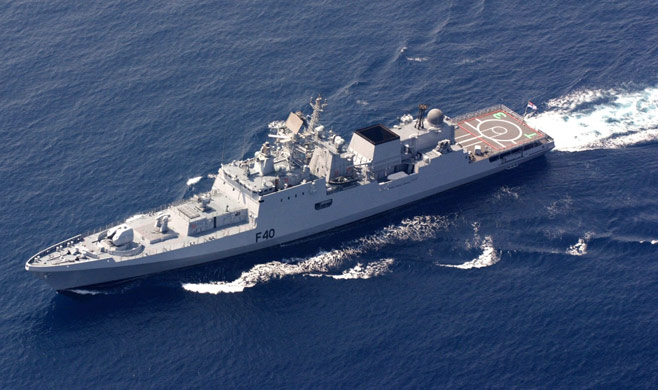 A Talwar-class frigate, designed in Russia for the Indian navy, which is almost identical to the new Grigorovich-class boats. 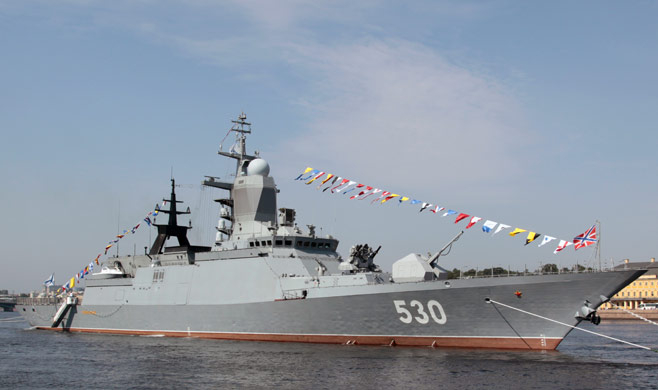 Moscow's breakup with Ukraine has forced the Russian navy to suspend construction of a variety of next-generation warships, throwing the future of Russia's...
eased borders

The official page of Russia's delegation for arms control talks in Vienna was taken down for publishing "illegal content."