Contribute Today
By Elena Sokolovskaya
May 18, 2015 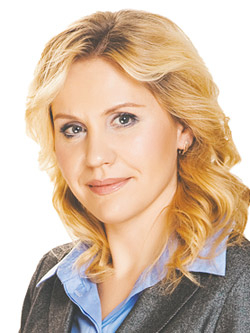 In recent years more attention has been paid to the development of Russian antimonopoly legislation. For this purpose, the State Duma of the Russian Federation (the lower chamber of Russia's parliament) is considering draft measures billed as the 'Fourth Antimonopoly Package'. This comprises amendments to Law No. 135-FZ 'On Protecting Competition' (the "Law on Competition") as well as to the Russian Administrative Code. The measures have already been passed in the first reading and are expected to make it onto the statute book before the end of 2015.

In terms of substantive law, the following changes are proposed:

● to change the factors regarded as mitigating administrative liability when a legal entity is reported for concluding an anticompetitive agreement on a second or third occasion. Such a legal entity will have to pay a minimum level of fine;

● to extend the range of situations in which warnings may be applied so that the actions of public authorities, unfair competition and other types of abuse of a dominant position are covered;

● to extend the list of forms of unfair competition. The Fourth Antimonopoly Package also contains procedural provisions under which the following amendments will be enacted:

● it will be possible in antitrust cases to use as evidence: data from investigations, as well as personal and business correspondence;

● a new type of document will be introduced, that must be approved before the end of proceedings, referred to as a "conclusion about the circumstances of the case". Such a conclusion will contain information about the facts of the matter, as well as the evidence and the reasons based on which the commission accepts or rejects the evidence and the arguments of the parties to the case. The adoption of a procedural document of this nature will provide the parties to the case with the opportunity to submit explanations and objections concerning the facts of the case before the completion of consideration of the case;

● to introduce a new out-of-court appeals procedure within the central office of the Federal Antimonopoly Service (FAS). There will be a dedicated body within the FAS's central administration that will review the decisions of regional antimonopoly offices, will analyze and summarize antimonopoly law enforcement practice, and will put forward clarifications regarding the enforcement of antimonopoly law. This amendment will allow antitrust practice to be harmonized within the central and regional offices of the FAS and will allow market players to safeguard their rights more rapidly and efficiently.

Russian competition law is extraterritorial in nature. It is applied to agreements concluded outside Russia by Russian or foreign legal entities or individuals, and also to the actions such entities or individuals carry out, if these agreements and actions are capable of affecting competition in Russia. Recently, the first antitrust cases have been considered in which foreign companies without any representatives or subsidiaries within Russia were held to have breached Russian antimonopoly legislation. Such violations were established by the FAS on the markets for telecommunications, medical devices and the supply of fish. However, legal gaps still remain that prevent comprehensive investigations into foreign defendants from being carried out and administrative fines from being imposed on them.

A "cartel" is a horizontal anticompetitive agreement between competitors. Such an agreement can be recognized as a cartel if it leads or could lead to price-fixing, to prices being maintained in a bidding process, to a product market being allocated, to production being reduced or terminated, or to a company refusing to enter into a contract with certain sellers or customers. It is proposed that the definition of a cartel be modified. An agreement should be recognized as a cartel not only if it is concluded between sellers, but also between buyers; this will lead to the FAS having a wider scope to deem agreements anticompetitive.

It is also important to note that the Russian Criminal Code stipulates criminal liability for breaching antimonopoly legislation: an individual officer of a company may be imprisoned (for up to seven years) and disqualified from holding office (for up to three years). In 2015, the repeated abuse of a dominant position has been decriminalized, leaving only cartel agreements as a crime. This can be viewed as a step towards liberalizing the current legislation.

DOMINANT POSITION AND ABUSE OF DOMINANCE

The forthcoming amendments will allow the Russian Government to establish rules for non-discriminatory access to the products manufactured by dominant companies which have a market share of more than 70%. The purpose of these rules is to make such companies subject to more stringent regulation.

There are also amendments aimed at abolishing the FAS register of legal entities whose shares on particular product markets exceed 35%. This means that dominance will be established on a case-by-case basis when abuse of a dominant position is considered, based on up-to-date and reliableinformation, rather than based on data from a register that has often become out of date.