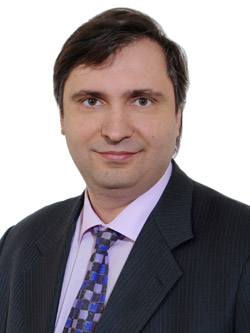 It is taken for granted that business is much more international now than it was a couple of decades ago. This is true not only for transnational corporations, but also for much smaller businesses, which may have assets and operations in more than one jurisdiction. In the event of the insolvency of such an international business, its creditors often face serious challenges in tracing the assets of an insolvent debtor and protecting the debtor's insolvency estate from being asset-stripped. Such challenges are often complicated by the fact that the laws of various jurisdictions where the assets of an insolvent debtor are located are not sufficiently harmonised to allow for smooth and coordinated bankruptcy proceedings as regards the insolvent debtor.

The following are the most critical issues which normally arise in the course of such international bankruptcies: (i) what is the applicable law for the bankruptcy proceedings; (ii) what is the competent court for such bankruptcy proceedings; and (iii) will the judgements of such a competent bankruptcy court be recognized and enforced in all the jurisdictions where the assets of a bankrupt debtor are located? In this article we discuss the issue of the enforceability of bankruptcy judgements by foreign courts and, in particular, in terms of what is required to successfully enforce a foreign court judgement on a bankruptcy matter in Russia. 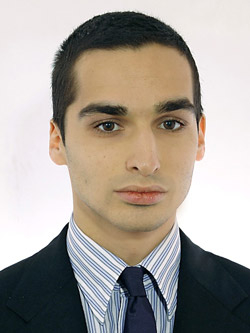 While protocol is all more or less clear concerning the enforcement of impending bankruptcy judgements on the basis of an international treaty, there is no definition of the reciprocity principle in Russian law, but Russian courts have offered certain guidance as to where reciprocity between Russia and a relevant foreign state is deemed to exist in bankruptcy cases. In particular, the Federal Arbitrazh Court of the North Western District, in its judgement of 28 August 2008 (case No. A56-22667/2007), ruled that "the reciprocity principle is understood to be a possibility of enforcement of a foreign court judgement on a bankruptcy case in the Russian Federation provided that the analogous judgements of Russian arbitrazh court delivered on the basis of the Federal Law No. 127 — FZ are recognized in such foreign states". In practical terms this means that the claimant needs to prove to a Russian court that Russian bankruptcy court judgements are being enforced (or are being permitted to be enforced) in the relevant foreign country in order to invoke reciprocity. It can be done either by way of presenting evidence that the judgements of Russian courts on bankruptcy matters have been enforced in the relevant foreign country or that the law of the foreign country permits the enforcement of such judgements. In particular, the court in the above case ruled that there is reciprocity between Russia and Germany on the basis that German law recognizes foreign bankruptcy judgements and that they are enforceable in Germany without any carve-out (i.e., Russian bankruptcy court judgements are enforceable in Germany by operation of law).

Russian courts would not enforce a foreign judgement if a claimant could not demonstrate that an insolvent debtor has assets in Russia which should be included as part of its bankruptcy estate. The location of these assets would also help to determine the relevant competent arbitrazh court, wherein the enforcement of foreign judgements should be sought (this would be the court with jurisdiction in the location of such assets).

Russian courts would not enforce a judgement of a foreign court that has not been deemed final. This approach has evolved in relation to all court judgements, not just for bankruptcy cases. For example, Russian courts have generally been reluctant to enforce rulings on interim reliefs issued by foreign courts or arbitration tribunals if they were not part of the final judgement on the case.

By way of example, we refer to the judgement of the Federal Arbitrazh Court of the North Western District of 28 January 2008 (case No. A56-7455/00). In this case the commercial court of Kiev applied to the Arbitrazh Court of St. Petersburg and Leningrad oblast, asking it to grant a stay of enforcement proceedings in respect of Energoatom until the bankruptcy proceedings in relation to that company — which were launched in Ukraine — were completed. The Russian court refused to grant a stay of proceedings on the following basis. It concluded the commercial court of Kiev was essentially asking it to enforce its own ruling, and introducing the moratorium of creditors' claims in respect of Energoatom. However, this ruling was not final in this bankruptcy case. The Kiev Treaty on Resolution of Business Disputes (20 March 1992), to which both Russia and Ukraine are signatories, allows for the enforcement of court judgements and not interim rulings. Therefore, the ruling could not be enforced in Russia. In the opinion of the Supreme Arbitrazh Court, which reviewed this ruling, this principle also applies to the judgements of foreign courts on bankruptcy matters under Russian bankruptcy law. This approach may not be helpful, unfortunately, as regards the protection of creditors' rights when certain important rulings of a foreign bankruptcy court (e.g., on the appointment of a bankruptcy trustee or the arrest of a debtor's property) are not enforceable in Russia if they do not comprise part of the final judgement in a foreign bankruptcy case.

As set out above, Russian court practice on the enforcement of foreign bankruptcy judgements is not extensive; we should expect to see more cases in this area, including cases that relate to the insolvency of individuals. As a result, there remain certain "gray areas" where more light yet needs to be shed by such future cases and possible changes in Russian bankruptcy law. However, taking into account that the successful enforcement of foreign bankruptcy court judgements does exist in Russia, we look to future developments with cautious optimism, and hope that the positive trend of the successful enforcement of such judgements will continue to evolve in Russia.