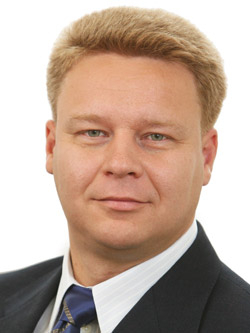 Vladimir Khvalei
Chairman of the Board
Russian Arbitration Association

Oil, gas and diamonds are not the only valuables coming out of Russia. To a significant extent Russian disputes are fuelling the Western European legal industry. Berezovsky and Abramovich each spent around GPB 100 mln in legal and related costs in proceedings in the High Court in London. Russian cases make up a major part of the portfolio of the London Court of International Arbitration (LCIA) and Arbitration Institute of the Stockholm Chamber of Commerce (SCC). Although the percentage of Russian cases in the International Arbitration Court at the International Chamber of Commerce (ICC) is lower, it is still significant in absolute numbers.

This is why the news that came in the fall of 2014 shook not only Russian lawyers, but also their colleagues abroad: Rosneft proposed that Russian law is to be changed to prevent Russian parties from opting for international arbitration in countries that have imposed sanctions, or alternatively, that choice of law rules are to be changed so that Russian law applies in cases where an adverse party comes from a sanction-imposing jurisdiction. It was also reported that Russian state-owned companies, following what seem to be unofficial recommendations coming from the Government, reconsidered their arbitration policy of referring their international disputes to the LCAI, ICC, SCC and other European arbitration centers.

After the information came to light, Russian private companies also started questioning to what extend they could get access to fair arbitration proceedings in Europe?

Several issues should be considered here.

First, to what extent traditional arbitration institutions in Europe would be able to administer Russian disputes. At the end of the day the institutions themselves are entities registered in their home countries and are subject to local regulations, including sanctions imposed on Russian companies. Therefore, administering disputes involving Russian companies under the sanction list should be considered as providing a service to these companies, which is not allowed.

Second, even if the first problem is resolved, and European institutions receive permission from the relevant authorities to administer Russian disputes, still a problem remains with regard to the payment of arbitration fees by Russian companies. After BNP-Paribas paid USD 8.97 bln as a penalty for infringing US sanctions against Iran, Sudan and Cuba, all banks started taking a very conservative approach when they are required to handle payments from countries under sanctions. This approach is even more justified in a situation when it is not crystal clear which entities are covered by European anti-Russian sanctions. Indeed, European Guidelines on implementation and evaluation of restrictive measures (sanctions) in the framework of the EU Common Foreign and Security Policy expand restrictive measure not only to the persons, included into the restrictive lists, but also to those having more than 50 % of the proprietary rights of such persons or being under their control (with very vague definition of "control" like "having the right to use all or part of the assets of a legal person or entity").

Thus, Russian companies might face a problem in paying arbitration fees and costs in Europe.

There is one more related problem: paying fees to Russian arbitrators. For example, now it is not easy to find a bank willing to make a payment of arbitration fees to an Iranian arbitrator, as payment to any Iranian company or individual is prohibited by the US.

One could say that Russian sanctions might not reach the level of those imposed on Iran, but taking into account the threats to cut off Russian banks from the SWIFT system this risk does not look like mere speculation.

Finally, there is a perception of anti-Russian bias on a side of European arbitrators. Having seen Cold War-style propaganda on both sides of the border, Russian companies sincerely doubt that European arbitrators could prevent themselves from seeing everything coming from Russia as something barbarian that needs to be cured with more civilized values.

Where then should Russian disputes go?

Frankly, there are not many options.

Hong Kong and Singapore are the first places that come to mind. Even disregarding the distance of these places from Russia, not a lot of information is available about the Hong Kong International Arbitration Center (HKIAC) and Singapore International Arbitration Center (SIAC) in this part of the world, although both institutions have proven records of successfully administering disputes in the Eastern part of the globe. Even with strong support from their governments it would take time for them to gain the same reputation in Russia that they have in Asia.

Another option could be Dubai International Arbitration Center (DIAC), which, together with growing interest from Russian companies in Dubai, has a good chance to take a part of the pie. Still, everything coming from the Gulf is considered by Russian companies with some suspicion. The neutrality and ability of the DIAC to administer large disputes looks like a bit of a mirage, taking into account that the whole Gulf region does not have the reputation of a place where the rule of law has supremacy.

Of course, one could refer to the experience of Dubai International Financial Center and its court, where judges coming from time to time from England, Hong Kong and Singapore successfully resolve disputes under English law (while on the other side of the road the law of the UAE applies), but everyone understands that this miracle is to a significant extent based on the authority and progressive views of Sheikh Khalifa. If somebody with more traditional Muslim views took power the situation could change overnight. Neighboring Saudi Arabia, where for a woman to drive a car is considered a criminal offence, is a good example of the style of governance that could result as a change in authority.

What about Russia then? Should Russian disputes remain in the place where they originated?

Unfortunately, so far Russia has not been extremely popular for big disputes even for Russian lawyers. While the formal law on international arbitration meets modern international standards (as it is based on the Model UNCITRAL Law) court practice is still to match European standards. While the Supreme Arbitrazh Court in the last 10 years had significantly improved this situation, it is not clear whether the Supreme Court will take the same approach. The planned merger of the whole system of arbitrazh (state commercial) courts with the courts of general jurisdiction is not greeted enthusiastically by Russian commercial lawyers, and even so less by their foreign colleagues.

In addition to that Russia needs a reliable arbitration institution, trusted not only in Russia but also abroad. Last year the Russian Arbitration Association (RAA), which currently consists of more than 60 Russian and international law firms, approved its rules for administering disputes. However, realistically it would take years to gain the confidence of Russian and foreign companies in the RAA's ability to administer disputes in the same way as other world-leading institutions.

So, no country for Russian disputes?

Let's see what business has to say…