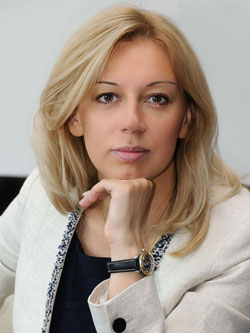 A focus on Asia in matters of international arbitration by Russian business has not yet become a well-defined trend. On the other hand, interest toward Asian arbitration centers and the dispute resolution services they provide has significantly increased over the last year.

It is, of course, true that interest did not arise out of mere curiosity, but was caused mostly by the current geopolitical situation. It was further prompted by emerging concerns about reduced accessibility to international dispute resolution services provided by traditional and world-renowned European arbitration centers. For many decades, these centers served as uncontested international arbitration trendsetters by Russia's legal sciences.

Numerous uncertainties and risks of a practical character, both existing or probable, such as, for instance, visa and other accessibility concerns, potential problems with the transfer of fees by a company falling under sanctions introduced by the EU and/or the USA, and many others are urging Russian business to rapidly study alternative jurisdictions such as the Middle East and Asia. Representatives of the latter, in their turn, have quite vividly demonstrated their interest in accommodating the concerns of the Russian business community. They present Asia as a neutral arena for an impartial resolution of disputes between East and West, laying emphasis on their historical neutrality in geopolitical issues.

A closer look by Russian business and legal communities at Asian jurisdictions—ranked to date as being rather "exotic"—revealed a number of familiar legal characteristics. For instance, both Hong Kong and Singapore, the two countries causing the most Russian interest when talking about international arbitration in Asia, have long been members of the 1958 New York Convention. English is widely accepted as the language of business, and, therefore, a language barrier when dealing with these countries happens to be more a prejudice than reality. Both countries have adopted legislation based on the UNCITRAL Model law (Hong Kong in 1996/2010 and Singapore in 2010). Furthermore, in Hong Kong the common law system is based not only on local precedents, but fundamentally on U.K. ones. Both languages, Chinese (Mandarin) and English, can equally be the language of hearings in arbitration and state courts. The lawyers (barristers) qualified in other jurisdictions are allowed to represent clients' interests in Hong Kong courts (more often those are the barristers from the U.K. and Australia).

According to marketing theories, the key moment for any product to penetrate a market is usually the stage when it is able to attract and fix the attention of potential customers. In this sense, the Asia region has already caught the curious eyes of prospective new customers. Despite the fact that neither HKIAC nor SIAC arbitration clauses are common in international commercial contracts in Russia yet, the majority of international lawyers representing scalable cross-border Russian business have already perused the matter or are currently doing so.

A Russian company has offered a cash bounty of up to 5 million rubles ($71,648) for the destruction or capture of one of the Western-made tanks recently...
white, black or green

A Moscow proxy official said Monday that Russian forces were advancing near Vuhledar, a town in the eastern Donetsk region, which is the epicenter of fighting...