The audience claps and a young man walks on stage for a night of stand-up comedy. British expat Stephen Foreman strums his guitar and starts to sing, “I am getting paid in rubles. … I might even try and get deported. I might try to buy a flight home but I can’t bloody afford it.”

Every weekend Moscow Comedy Bar gives anyone the chance to prove that they can be a stand-up comedian. Free open mic shows are on Fridays and Saturdays and the rules are simple: They should speak in English and should ideally make the audience laugh now and again. 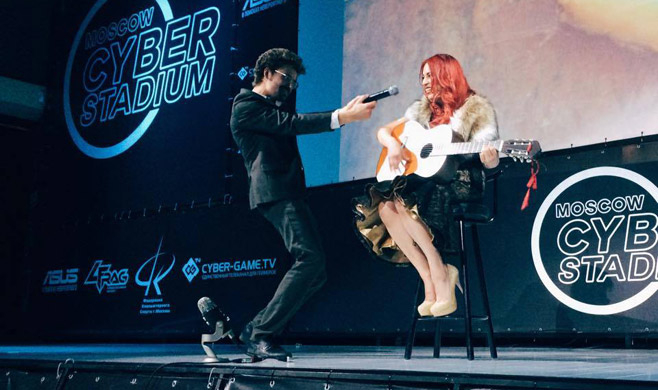 “None of this existed in English in Moscow before,” said Nikolai Antonov, 28, one of the two Russians who started the comedy bar last year. “During open mics one does not really know if the person performing is going to be good or not, which more often than not delivers a surprisingly entertaining outcome.”

The brave, often-foolhardy crew who get on stage to try their luck are a strikingly diverse bunch: Russian, British, American, Canadian and Australian. 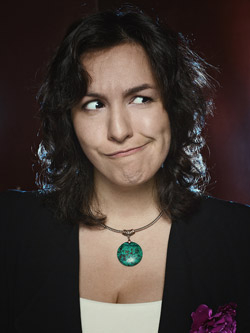 Jokes about expat life are common at open mic, jokes about Putin less so.

“I wanted to make a place where expats and Russians meet and have a cultural exchange in the form of comedy,” said Ivan Yavits, 25, an English teacher at Moscow State Linguistic University, who came up with the idea after doing research on British comedy.

Yavits started off doing comedy on his own in a bar: “My friends and students came to support me and it was really nice of them. But after a month interest dwindled since I was the only performer. Soon I found myself alone, literally talking to chairs.”

He then hooked up with Antonov and the two comedy fans went round Moscow hostels looking for people to come and hear them tell jokes in English.

“It paid off — about twenty people came to the show and some of them even performed on stage,” said Yavits.

The open mic audience is as diverse as the comedians: Russians with excellent English combine with a mix of expats.

Some jokes reflect on expat life in Russia, such as how to cope when your language skills aren’t great. “How well do I speak Russian? Enough to seduce a lady at a bar but not enough to explain it to her parents next morning,” said one comic on a recent night.

Another comic joked about having to resort to mime when trying to buy a towel in the market as he didn’t know the word for towel. This saw him squirming and twisting himself in front of a group of bemused babushkas. 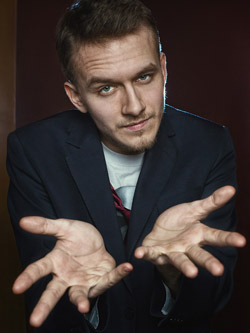 Others poke fun at Russian food: “The food is amazing here but why are you so bad at naming it — who on Earth would taste something called shchi?”

Or simply jibes directed at the expat community. One comedian asked if there were English teachers in the audience and then mocked them by saying, “English teachers are the unhappiest people, only the homeless are more unhappy.”

English teachers are a popular and easy target.

“The most striking thing about this show is spontaneity! You never know what happens next, but you enjoy every moment of it and feel comfortable, as if you are with friends,” said Simba Samatova, 19, a student, at one of the shows. “Another great thing is diversity: I get to see different types of performances, from witty plays to performances with dirty jokes, with a darker undertone.”

The mic nights are strictly, if oddly, divided into clean humor on Fridays and dirty humor on Saturday.

There is very little political humor and the only mention of President Vladimir Putin on recent visits was when one comedian said he was dedicating his next song to him and then played a cover version of “Gay Bar” by Electric Six. That got a laugh.

“One of my co-workers was friends with Ivan and told me to come check out the comedy show and tell him if he was funny,” said Matthew Mosesohn, one of the would-be comedians. “I always liked stand-up comedy shows in the U.S. I figured that I could make at least one person in the room laugh.”