The systemic crisis currently ravaging the country is prompting the business community to focus particularly on cutting business costs. An effective way of doing so is to seek a reduction in the cadastral value of land, shopping centres and other properties used in their business.

What is cadastral value?

Cadastral value is the market value of property determined by state cadastral evaluation, which uses mass appraisal methods to arrive at a specific value index per square metre. This index applies to all land plots within the same territorial zone, determined according to a variety of criteria (pricing variables).

Since only a limited number of pricing variables are used, state cadastral evaluation does not take all the individual qualities of a property into account or all types of restriction and encumbrance (such as rent, mortgage and so on).

Consequently, property cadastral values always differ from and are usually higher than the market value, though they may be reduced through market valuation of the relevant property. 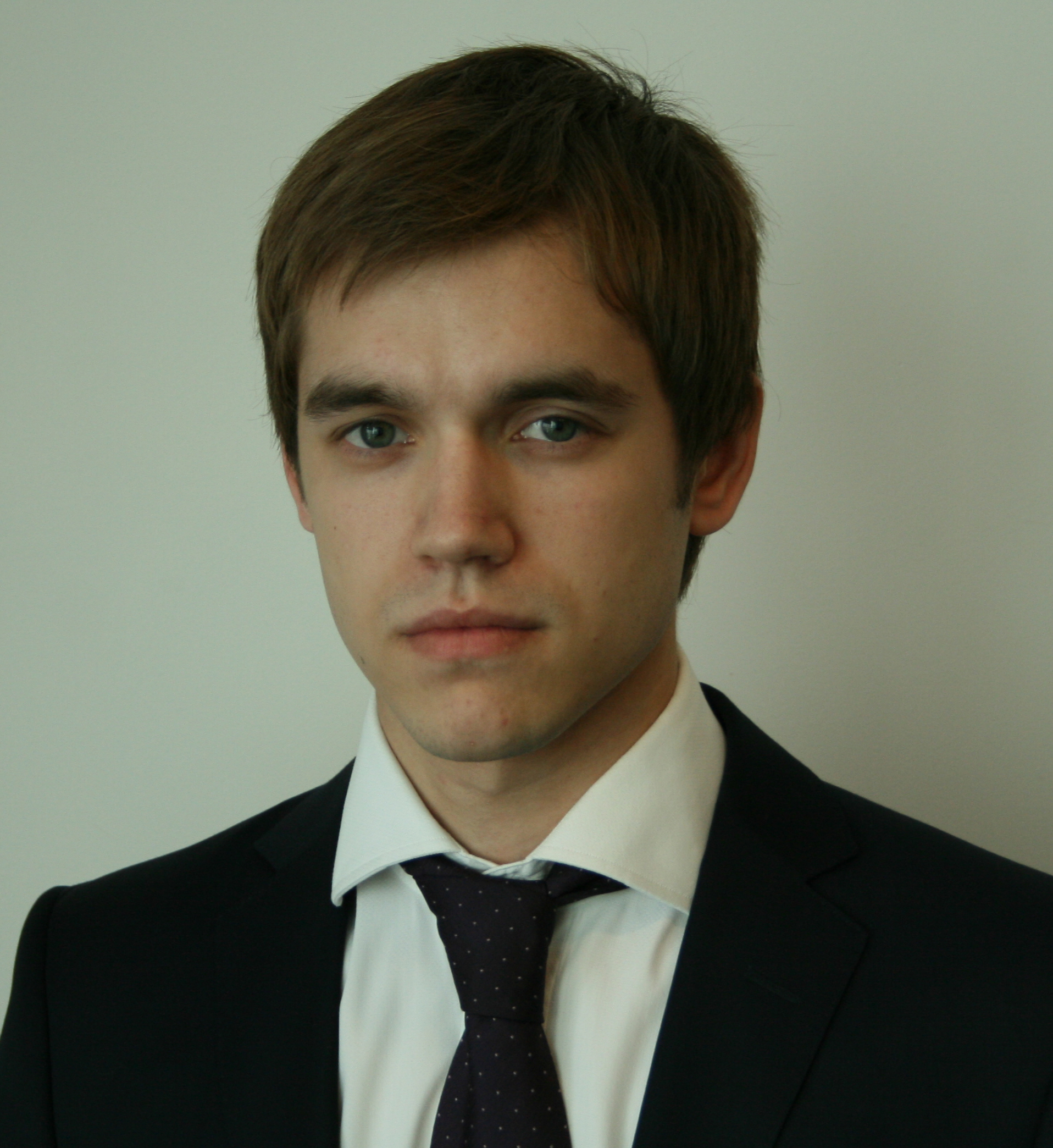 Who might want to dispute cadastral values (which costs may be cut)?

Regional corporate property tax is calculated using the cadastral values of administrative and business centres, shopping centres, office premises, retail outlets, public catering facilities and certain other types of property (Article 378.2. of the Russian Tax Code). So those owners of such commercial real estate that neither apply special tax arrangements nor are exempt from this tax will be equally interested in getting cadastral values down in order to lessen their tax burden.

Non-tender sales prices of state- or municipally-owned land plots may not exceed their cadastral value (Clause 3, Article 39.4. of the Russian Land Code). For instance, tenants wishing to privatise leased public land plots because they own buildings or structures on them may contest cadastral values of the leased land before signing a sale and purchase agreement and reap the benefits at the time of purchase.

Some tenants of state- or municipally owned land pay rent based on its cadastral value, as is often stipulated by regional legislation, so it is in their economic interests to drive the rent down.

The new version of Article 8.8. of the Russian Code of Administrative Offences coming into effect on 1 May 2015 introduces fines based on the plot's cadastral value for using a land plot other than for its designated purpose as per its land category and/or permitted use. For legal entities, the fine may reach two per cent of such value.

The benefits to be reaped by owners or other right holders of a land plot, shopping centre or other property specified in the law depend on how big the gap is between its cadastral and market values. In practice, the former is often as much as halved.

How to contest the cadastre

The legislation provides for two ways to challenge cadastral values: administratively or through the courts.

Under the administrative procedure, interested parties apply to a commission that considers cadastral value disputes. Such commissions are set up under relevant local directorates of the Federal Service for State Registration, Cadastre and Cartography ("Rosreestr") in each Russian constituent entity. Individuals may skip the commission stage and file a statement of claim directly with a court. Legal entities, on the other hand, have to apply to the commission first, otherwise the court will leave their statement of claim without consideration.

The mandatory document package for the commission consists of the cadastral statement for the property, the title document (certificate, agreement, etc.), an appraisal report prepared by an appraiser and a favourable expert opinion obtained from the self-regulatory organisation of appraisers to which the given appraiser belongs.

Many practising lawyers believe the commission's effectiveness leaves much to be desired. It often refuses to revise cadastral values on formal grounds that, in fact, have nothing to do with the reliability of the market value determined by an independent appraiser in its report. One explanation for this is the predominance on the commission of representatives of executive authorities.

Consequently, by no means should all hopes be pinned on the commission. Businessmen who must apply to the commission should, at this stage, focus on engaging a qualified appraiser to determine a reliable market value and not set an artificially low one. In fact, this is the most important practical aspect of the entire procedure as, during the litigation, the court will verify the reliability of the market value specified in the report, as will be discussed in more detail below.

The court procedure used to be more advantageous compared to the administrative process, since state arbitration courts, being guided by the Russian Supreme Commercial Court, amassed extensive case history in favour of claimants. In August 2014, however, the federal legislature resolved that cadastral value disputes should be processed by general jurisdiction courts at the constituent entity level (for Moscow and the Moscow Region, these are the Moscow City Court and the Moscow Region Court).

There is no uniform current practice of resolving such disputes in Moscow and the Moscow Region, as the relevant courts are barely finalising consideration on the merits of the first cases accepted for prosecution. Consequently, it is impossible to say yet whether general jurisdiction courts will take a position aligned with the consistent state arbitration practice.

Even so, qualified lawyers have already elaborated the court strategies for property owners or other interested persons to arrive, one way or another, at the desired reduction in cadastral values.

The key to the final judicial result is the forensic examination conducted to determine the market value of the disputed property. Since no particular evidence is of pre-established significance for the courts, the claimant bears the risk of the appraisal report being rejected (whether justifiably is a question to be decided in a subsequent appeal against the judicial act). As the courts are initially quite critical of a report provided by the claimant, they usually suggest a forensic examination to establish the market value of the disputed property. It would be better not to ignore such suggestion, as it will help mitigate the above-descrided risk.

At this stage, it is essential to select an expert with the highest appraisal qualifications and convince the court that a well-qualified and unbiased specialist should be appointed. You may expect your opponents on the side of the government to suggest their own experts as well. The court will most probably rely on the expert's findings and satisfy the claim within the determined market value. So this is precisely why, when preparing to apply to a commission, you should ensure your market valuation is as objective and reliable as possible, in which case, the findings of the appraisal report and expert opinion should not differ much.

The entire procedure for disputing cadastral values (administrative and court stages) will take four to six months, so plenty of patience is needed.

What results can you expect?

Once your claim for cadastral value revision has been considered, the commission or court will issue a decision.

A Rosreestr cadastral chamber will then, on its basis, have to enter the new cadastral value (contained in the operative part of the decision) in the State Real Estate Cadastre.

Yet owners and other stakeholders will obviously be interested in real savings through reduced taxes or rent based on cadastral values and not just in bringing the state register up to date.

An undoubted advantage of the latest amendments to the appraisal legislation consists in new cadastral values applying from 1 January of the calendar year in which the cadastral value revision claim is filed, but not before disputed (previous) value was entered in the State Real Estate Cadastre.

Consequently, it is important for interested persons to obtain tax benefits or other savings not only for the period following entry of the new value into the Cadastre but also for the preceding period with respect to advance tax payments or rent already paid on the basis of the old cadastral value.

There exists negative case history that draws, in particular, on Letter of the Ministry of Finance No. 03-05-04-02/27809 dated 16 July 2013, implying that the tax service should not revise previously paid taxes.

Even so, this was shaped before the legal provisions giving retroactive effect to new cadastral values came into force and does not appear reliable.

Remaining equally important is the issue as to whether such retroactive effect applies to situations where the cadastral value revision application is submitted to the commission in one calendar year (say, 2014) but the statement of claim is filed the next (2015) year.

The executive bodies will most likely adopt a restrictive interpretation of the retroactive effect provision with respect to cadastral value established by decision of the commission or a court. The new cadastral values are to be applied from 1 January of the calendar year in which the relevant revision claim is filed (Article 24.20. of the Federal Law "On Appraisal Activities in the Russian Federation"). Logically, the wording "relevant claim" may mean that the legislators split the claim submitted to the commission and the statement of claim filed with the court into two independent "relevant" claims, so a statement of claim filed in 2015 will not entitle the claimant to plead retroactive effect in 2014, when a similar application was submitted to the commission.

This negative approach is not, however, consistent with the contesting procedure stipulated for entrepreneurs, requiring that they always go to the commission before going to court. Consequently, these two steps may be considered as inseparable (out-of-court and court) stages within a single procedure for contesting cadastral values. For now, it remains to hope that such a reasonable approach aimed at protecting private interests can be justified in relations with state authorities.

Once all the above steps have been taken, property owners or other interested persons stand to reap economic benefits for the next three years (provided that the claim disputing the cadastral value is filed in the same year as the disputed value is entered). At the moment, the authorities may not revise the cadastral value more than once every three years, though they must do so at least every five years.

We wish you every success in your cadastral value challenge.