It is not enough to look at Wynn Bullock's photographs on display at the Brothers Lumiere Center of Photography. As the title of the exhibition, "Immersion," suggests, the intended experience is something greater. The images of water, sky, a child in a forest, a close-up of a rock are for entering into.

Bullock, born in Chicago in 1902, is now recognized as one of the great American photographers of the 20th century.

He came to photography late, after a career as a singer — including a stint at an Irving Berlin show. It was while he was performing in Europe that he discovered the work of Man Ray and Hungarian artist Laszlo Moholy-Nagy and bought his first camera.

Bullock became an important player in the creation of the modernist photography movement in California along with friends and fellow photographers Edward Weston and Ansel Adams. They were all very much committed to landscape and nature as an inspiration for their musings and artwork, but Bullock went deeper, into philosophical exploration.

"Dad would use photography to express the energy that is within everything," said Barbara Bullock-Wilson, daughter of the photographer, in a Skype interview from California, "You think of photography as depicting what we see but we know that all things are energy: atoms, quarks, etc. How do you express this?"

His craftsmanship was greatly appreciated by fellow photographers, said Bullock-Wilson, who also spoke via Skype to a packed audience at the opening of the exhibition earlier this month. 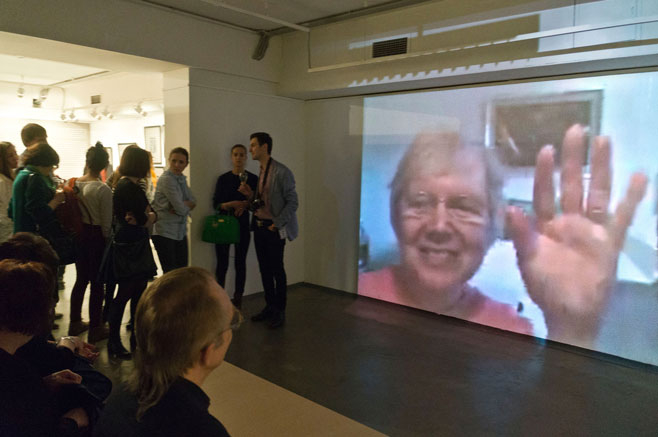 Bullock experimented with alternative photography processes and was committed to finding new ways to explore the world through photograph. Some of his techniques were so innovative that the technology available at the time was not developed enough to ensure stable images. The photographs would fade and colors would shift. It is only today that many of his images can be reproduced in their full glory.

Finding a title for the exhibition that encompassed so many ideas and theories was a challenge, said curator Anastasia Lepikhova: "But viewing his photos you get a certain feeling that I have tried to express in one word: immersion."

This immersion is, she said "a deep and profound understanding of the universe, nature and the place of humanity in it" as well as a baptism: "an act of initiation into the mystery of nature through the variety of its forms."

It was only in the 1950s and 1960s that Bullock's photos used human figures to express the harmony of humanity with nature. Bullock-Wilson, who herself featured as a model in many of her father's photographs, described the whole process as being a part of family life and bringing her closer to nature: "As a model, I was participating in a special process. It wasn't me as an individual person that was being photographed, but rather me as a 'child' or 'human' — one form of being relating to other forms of being."

When Bullock-Wilson was asked by her father to take off her clothes and lie down in a bed of oxalis for the photograph "Child in Forest," she did not view it as an unusual request. Instead "an unclothed body meant getting closer to nature."

"For him [Bullock], there is no eroticism at all," said Lepikhova, "He wanted to show the body in nature. How they can be together and apart simultaneously: we are in nature and nature is in us."

"Child in Forest" was featured in the legendary 1955 exhibition "The Family of Man" in the Museum of Modern Art in New York, which aimed to depict the "essential oneness of mankind" through the medium of photography.

Bullock's 1954 photograph "Let There Be Light" was also chosen for the exhibition, and went on to sell 4 million copies in book form. It shows the central California coast and conveys a quiet serene beauty. Bullock usually titled his work neutrally to allow viewers to develop their own associations, but curator Edward Steichen paired the image with a line from the book of Genesis: "And God said, let there be light." 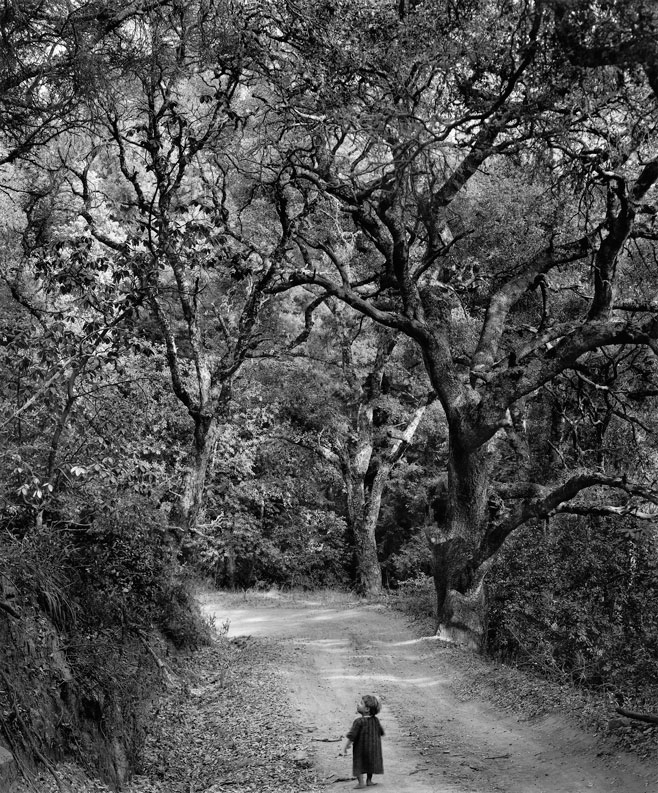 Bullock once said, "light to me is perhaps the most profound truth in the universe. My thinking has been deeply affected by the belief everything is some form of radiant energy." In the final part of the exhibition, Bullock's experimentation with light is brought to the fore. "He would use techniques like reversing to demonstrate the light within things," Lepikhova explained, "In 'Wood Reversal' there is a picture of trees but it looks like three women. He pushes you to imagine."

Bullock did not identify himself with any particular religion, but in an interview toward the end of his life (he died in 1975) he attested to having found his religion in a statement by Albert Einstein: "The most beautiful thing we can experience is the mysterious." Bullock added: "My photography is the best way I have of bringing me closer to some of these mysteries of existence. To make a good picture is part of my search."