Photographer Yevgeny Popov, who was recently hiking in the Ural Mountains in search of a particularly rare bird, instead caught sight of perhaps an even rarer occurrence.

A Russian flying squirrel — a member of a nocturnal species and the only of its kind in Europe — was spotted and photographed by Popov as it jumped from tree to tree near Mount Iremel in the Chelyabinsk region.

Spotting a flying squirrel in broad daylight is "unreal," Popov told the TASS news agency, which ran the story. 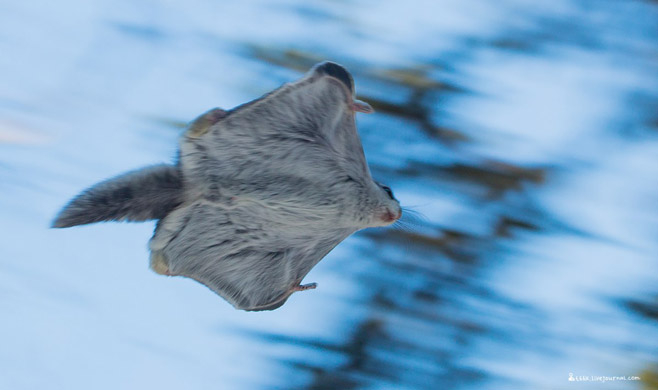 A two-week-old cub of a rare Himalayan bear was abandoned at the entrance of a circus in the far-eastern Russian city of Vladivostok.
'military operation'

As Russian troops retreat after losing the key Ukrainian town of Lyman they need to set up a new frontline to protect their dwindling gains -- but one...