The Russian government started to tighten beer market regulation in 2010 by tripling excise duties, followed by restrictions on sales, advertising and consumption, as part of a campaign to curb alcoholism.

Here are some milestones that have changed the market landscape:

Russian President Dmitry Medvedev signs a bill extending to beer regulations that had already been applied to stronger spirits. 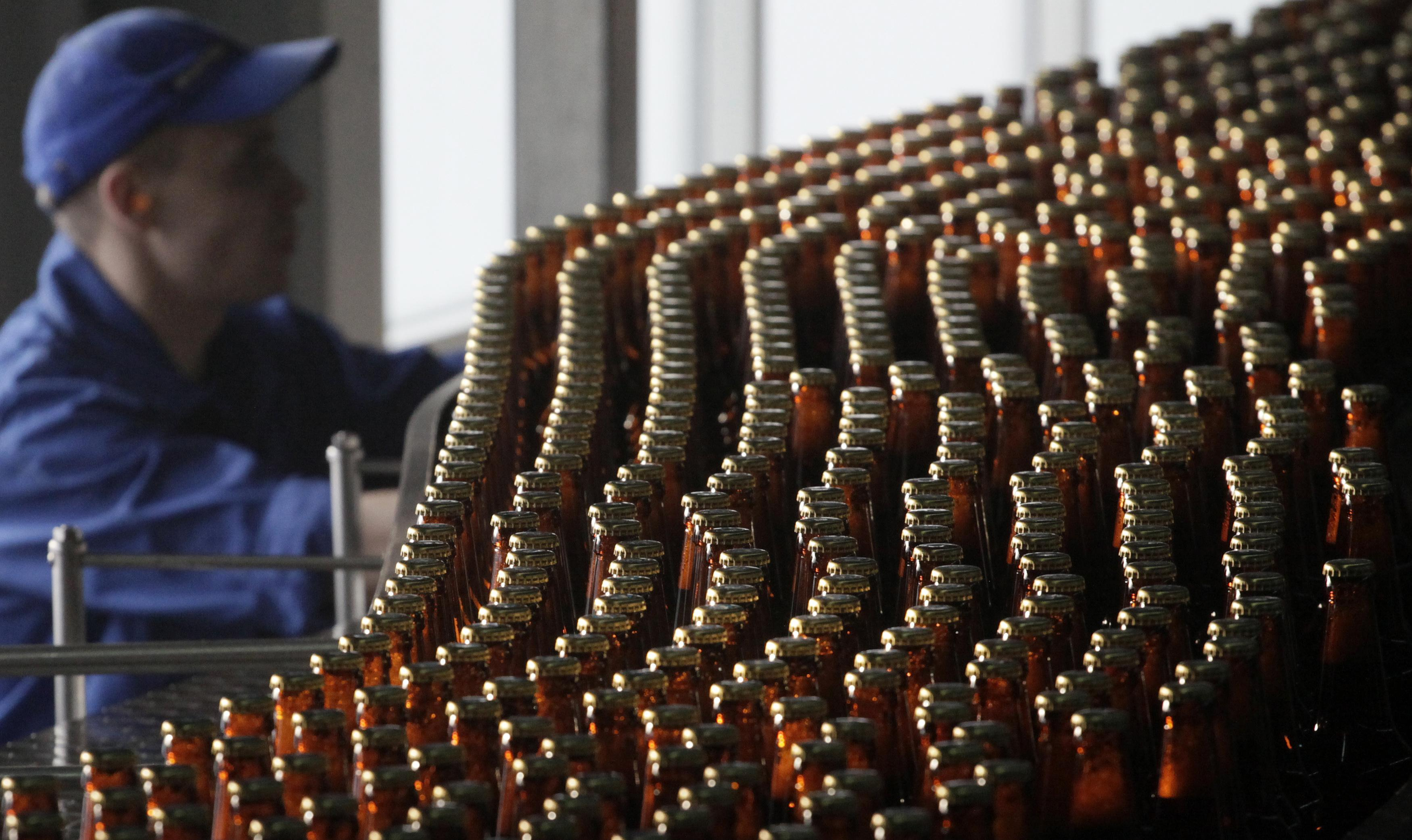 An employee works at a line bottling beer at Carlsberg brewery "Baltika-Pikra" factory in Krasnoyarsk.

Bans beer sales from kiosks. Sales elsewhere are banned from 11 p.m. to 8 a.m., excluding bars, cafes and nightclubs. In some regions beer sales are banned between 9 p.m. and 11 a.m.

Russian lawmakers call for an increase in the legal drinking age to 21 from 18; bill submitted to State Duma lower house of parliament.

Voluntary agreement from Russian brewers to stop selling beer in plastic bottles of more than 2.5 liters, or 2 liters for beer with an alcohol content above 6 percent, from January 2014.

The lower house of parliament takes the first step towards limiting the size of plastic beer bottles.

Russia relaxes its ban on advertising, allowing beer and beer-based beverages to be promoted on television, provided the context is sports-related, as well as in print.

Lawmakers discuss time frame for the introduction of automated control over production volumes and distribution, which brewers expect to lead to increased costs.

Russia's lower house of parliament on Tuesday passed a bill allowing advertisements of domestically produced beer and wine to be shown on radio...
news

Half of All Beer in Russia Is Illegal

Russia's state alcohol watchdog has raised the alarm on massive counterfeit beer operations throughout the country after discovering that more than...
news

Fears that Russia's economic downturn will ravage European multinationals may have been overstated in some cases, with companies that sell beer and soap...