Russian courts ruled appropriately in dismissing a defamation claim brought by Josef Stalin's grandson against Novaya Gazeta, which had referred to the late Soviet leader as a "bloodthirsty cannibal," the European Court of Human Rights said Thursday.

In April 2009, opposition newspaper Novaya Gazeta published a story on the Katyn massacre of 1940, when Soviet forces killed many thousands of Polish prisoners of war. The U.S.S.R. only admitted responsibility for the killings in 1990. Russia's State Duma in 2010 approved a declaration placing the blame on Stalin and other leaders for having ordered the executions. 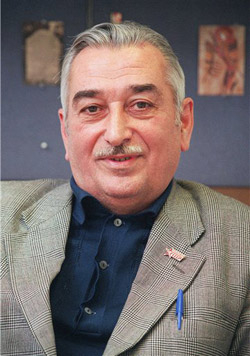 Novaya Gazeta's strongly worded article accused Soviet leadership, including Stalin, of having "evaded moral responsibility for the extremely serious crime," and said the leaders were "bound by much blood" in connection with the execution order.

Displeased with the newspaper's depiction of his grandfather, Yevgeny Dzhugashvili filed a defamation lawsuit against Novaya Gazeta and the journalist who wrote the piece shortly after its publication. Moscow's Basmanny District Court dismissed his complaint in October 2009, ruling that the article in question had contributed to a debate on an event of major historical discussion. The Moscow City Court upheld the ruling on appeal in December 2009.

Novaya Gazeta then published an article about the defamation proceedings, prompting yet another defamation suit from Dzhugashvili. He lost the second suit as well.

Feeling that he had been wronged by the Russian courts, Dzhugashvili turned to the European Court of Human Rights in June 2010, claiming that various fundamental rights had been violated in connection with the ill-fated Russian defamation proceedings.

"The Novaya Gazeta articles concerned an event of significant historical importance and … both the event and historical figures involved, such as the applicant's grandfather, inevitably remain open to public scrutiny and criticism," said a statement accompanying Thursday's judgment.

"[The European court] also found that the Russian courts, taking into account the European Court's case law, had carefully balanced the competing interests of journalistic expression and the applicant's right to respect for his private life and that of his grandfather."

Gorbachev Warns Tensions Over Ukraine Could Spiral Into Nuclear War

Former Soviet leader Mikhail Gorbachev warns that tensions between Russia and European powers over the Ukraine crisis could result in a major conflict...
green shoots

Ukraine on Thursday formally sacked and branded a traitor the Ukrainian engineer appointed by Moscow to head Europe's largest nuclear facility, the Zaporizhzhia...