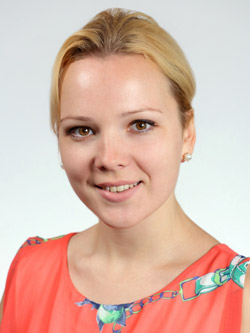 Around two years have passed since the power to issue preliminary classification decisions was transferred from the Federal Customs Service of Russia to regional customs departments. In the early days of this process companies often applied for preliminary classification decisions to regional customs departments outside of the company's region of registration. A company registered as a legal entity and importing goods in the region controlled by the Central Customs Department might apply to the Northwest Customs Department or the Far East Customs Department. Statistics show that these applications accounted for around 20% of total applications. The number of these applications has declined significantly, and companies are far more frequently applying to their local regional customs department for preliminary classification decisions.

Some regional customs departments have found it necessary to open special offices for handling preliminary qualification decisions. The Central Customs Department (CCD) has established one such special office for preliminary qualifications decisions. This office makes decisions on all goods groups except group 27 of the Customs Union Goods Nomenclature for Foreign Economic Activity (TN VED TS).

Statistics show that the CCD special office handles approximately 60 percent of all preliminary classification decisions made by all regional customs departments.

In the year to October 2014, the office registered 1,314 applications for preliminary classification decisions; the CCD made a decision on 1,224 applications, while the application documents were rejected in 266 cases.

Reasons for rejection of documents

The formal reasons for rejecting documents are set out in the corresponding administrative rules (Article 29 FTS Russia Decree of 18.04.2012 № 760 on Approval of the Administrative Rules of the Federal Customs Services and Customs Authorities Designated Thereby on the Provision of the State Service of Adopting Preliminary decisions on the classification of Goods in Accordance with the Goods Nomenclature for Foreign Economic Activity of the Customs Union). The most frequently used formal ground (CCD statistics) is that the application and supporting documentation filed by a company for a preliminary classification decision do not conform to the requirements in the Rules.

In practice, documents may be rejected on this ground for a number of reasons, some of which are established by regulatory acts of various ages, rather than the Rules. The CCD may reject documents on the basis that the set of documents does not meet the requirements in the Rules for the following reasons:

• The application for a preliminary goods classification decision was signed by an authorized person (general director or his/her deputy by power of attorney), as required by the Rules, but does not state the position held by the person who signed. That is, if the general director of the applicant indicates only his/her initials and signs, without stating his/her job title, the customs authorities will reject the documents

• If the application and documents are not signed by the general director, the power of attorney of the person acting in his stead must be included in the set of documentation

• If the documents are certified as a set, that is, bound, with the company seal and signature of the authorized person on the last page, the bound set of documents must have consecutively numbered pages

Federal Law No. 312-FZ on Amendments to Chapter 25.3 of Part II of the Russian Federation Tax Code of October 22, 2014 entered into force on November 22, 2014, setting a state duty of 5,000 rubles for the issuance of a preliminary decision on the classification of goods.

Failure to pay the state duty and include the payment instruction details in the application will be an additional formal ground for rejecting documents.

Therefore, although obtaining a preliminary decision on the classification of goods from the customs authorities significantly simplifies the customs declaration process, the procedure for obtaining a preliminary decision involves compliance with a number of formal requirements for the associated documentation. We will be delighted to assist companies interested in this process with properly compiling the set of documentation and performing all acts necessary to ensure compliance with the filing procedure and the documentation requirements in the Rules, as well as the practical recommendations of the customs authorities.