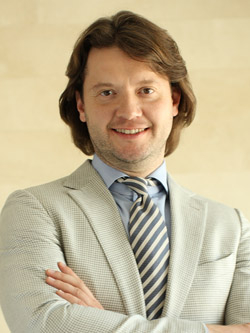 By the end of the year, Russia is expected to make changes to the Internal Revenue Code on the control of foreign companies. It is an important law for the "deoffshorization" of the Russian economy, which is one of the most discussed topics in Russian business. Russia is the last of the largest world economies to create an institute of controlled foreign companies in national taxation law.

Pioneering "deoffshorization" began, as with many other modern tax institutions, in the United States. Laws on foreign companies controlled by U.S. residents have existed for more than 50 years, beginning in 1962. Germany followed the United States in 1972, Britain next in 1984. The world trend in "deoffshorization" came in the 2000s, when legislation on Controlled Foreign Companies (CFC Rules) was adopted by the majority of member countries at the Organization for Economic Cooperation and Development (OECD). The answer to the economic crisis of 2008-2009 was to strengthen the regime of controlled foreign companies. CFC rules underwent significant changes and revision in 2010-2012 with practically all member countries of the OECD, including Germany and Great Britain.

Russia is not a member of the OECD, but has for many years aspired to become a member state. Indeed, Russian authorities have been following the trends set by this organization in the sphere of tax law. The rules of "thin capitalization" first appeared in Russian tax law in 2006. New transfer pricing rules were adopted in 2012. These were based on the OECD Guidelines of 1995. The introduction of CFC Rules is the next logical step in this series.

The obvious trend for Russia in creating a tax regime parallel to that of strong world economies creates a course by which Russian tax policies will develop over the next five to seven years. To predict Russia's tax future it is enough to look at what the OECD is now deciding for the sphere of taxation.

For Russian businesses the meaning of coming changes is simple: the time for comfortably working offshore is gone and will not be back.

With submissions from the participants within the G20, the OECD report "The Erosion of the Tax Base and Deriving Profits from Taxation" was released (February 2013). It is better known as BEPS (Base Erosion and Profit Shifting) and its action plan (July 2013). Both documents contain recommendations with the goal to unify tax law of member countries, which account for more than 60 percent of the world's GDP. The objective is to close gaps and inconsistencies that allow economic agents to use mismatches in national tax regulations to evade taxes.

At the Australian summit, the leaders of the G20 were united. "Profits should be taxed where economic activities deriving the profits are performed and where value is created," the leaders said, welcoming "the significant progress (made) on the G20/OECD Base Erosion and Profit Shifting (BEPS) Action Plan to modernize international tax rules." They committed to delivering the remaining actions of the action plan by 2015. Secretary-General Gurría said at the leaders meeting: "With these steps, taxation is finally catching up with globalization."

It is clear that in three to five years the main provisions of the BEPS Action plan will become national rules for the majority member countries; and Russia, perhaps with a slight delay, will be no exception. What changes will BEPS bring?

More than anything, it will bring full tax transparency. The international exchange of tax information has already started, and this will increase, becoming unified and standardized until, perhaps, a common information base has been created. Money coming from jurisdictions that do not participate in it will sooner or later cease to play any significant role in the world trade. Hiding income from taxation will be virtually impossible.

The amount of documentation will significantly increase, especially in the sphere of transfer pricing. The amount of information to be collected, reports to be filed out, lists of documents to be provided is going to increase. Company expenses to administrate company taxes will also increase. Compliance will become an issue not only for public companies, but also for medium-sized businesses.

Despite the formalization of the taxation, tax authorities are going to consider more and more the economic nature of the operations. Such an assessment of creating value and receiving profits will increase the number of disputes: between tax authorities and tax payers on the one hand, and between jurisdictions on the other. The competition of national tax systems from the sphere of special taxation regimes and tax rates will move to the sphere of construing specific business situations.

In general, tax law and its practical application by tax authorities and courts expect even greater specialization and sophistication.

For Russian businesses the meaning of coming changes is quite simple: the time for comfortably working offshore has gone and will not be coming back. Taxation plans of the kind where "nothing will be paid, because we have everything offshore" vanished. The coming years will have to bring a restructuring of mentalities and business models, or some businesses will not survive the new global taxation terrain.