The military heritage of space technology dates back to Nazi Germany, which produced the V2 ballistic missiles that terrorized Britain in World War II. The Soviet Union and the United States picked up the pieces of that program after the war. The U.S. divided its space program in two — military and civilian — while the Soviets had only one program. Moscow claimed its efforts were civilian through and through, but it continued to pursue military projects — sometimes in secret and other times under the guise of civilian projects.

See also: Russia's Isn't the Only 'Satellite Killer' in Space 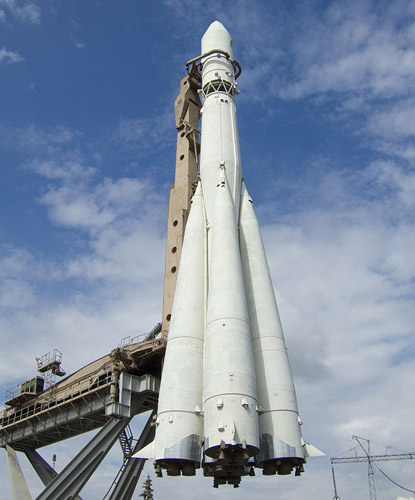 An R-7 ICBM on display at Moscow's VDNKh Park.

The missile that launched humanity into the space age. The R-7 was developed by genius Ukrainian-born rocket designer Sergei Korolyov to be the ultimate weapon, which Soviet leader Nikita Khrushchev hoped would eradicate U.S. nuclear superiority by rendering its massive fleet of strategic bombers obsolete. On Oct. 4, 1957, the R-7 found another use, launching Sputnik 1, the world's first satellite. The program eventually evolved into the modern day Soyuz rocket. 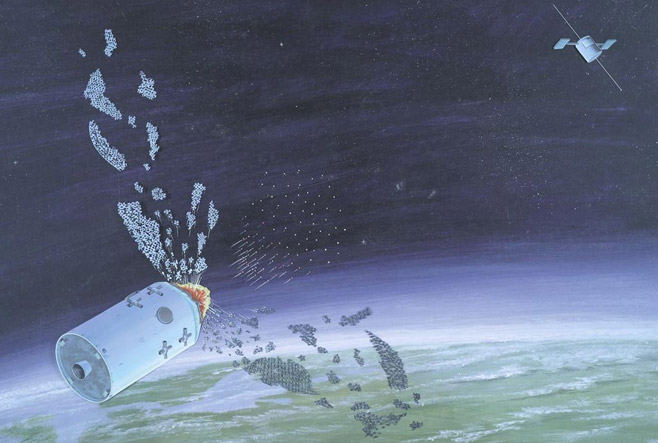 When aerial reconnaissance planes were overtaken by orbiting spy satellites in the 1960s, the Soviet Union sought to find a way to destroy the U.S.'s prying eyes in the sky. The solution was relatively straightforward. Pack a satellite's chassis with explosives, and maneuver it close enough to damage enemy satellites with explosive shrapnel as their orbits crossed. The Soviets tested it on their own satellites but never deployed the weapon offensively. 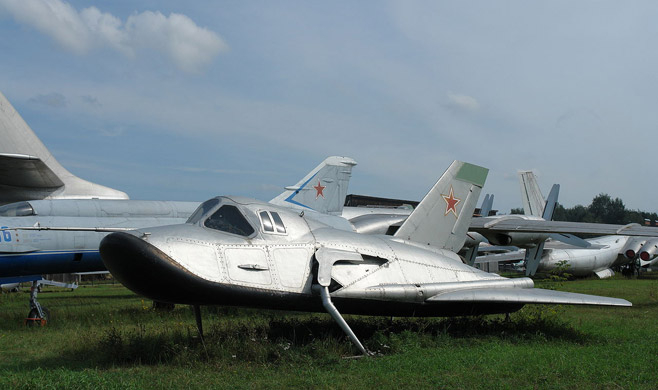 A prototype of the MiG-105 on display at Moscow's Central Air Force Museum.

This small spaceplane was intended to be an answer to a similar U.S. Air Force program known as Dyna-Soar. It was a small, one man spacecraft that would ride to orbit on top of a rocket. It had room for a small payload — such as a satellite, reconnaissance equipment or weapons — and would return to earth and land like a plane. Research done for the MiG-105 proved invaluable in the late 1970s, when Brezhnev, convinced that the U.S. Space Shuttle was actually a space bomber, ordered his space industry to create a space shuttle of their own, the Buran, for parity's sake. 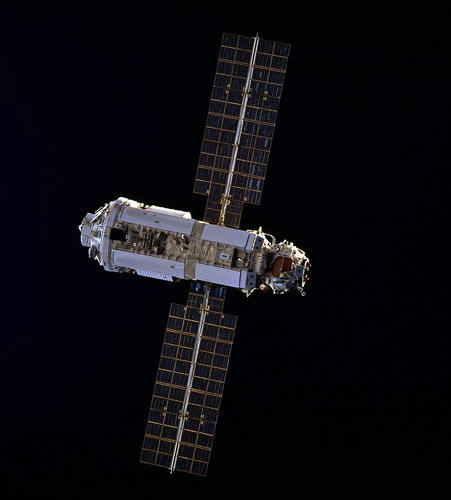 The Zarya module, the core component of the International Space Station, is a derivative of the Almaz military space station family.

Both the U.S. and the Soviet Union for a time played with the idea of stationing military personnel in special space stations to spy on each other. The U.S. never launched a military space station, but the Soviets — who pioneered the field of space station design in the 1970s — launched three, known as Almaz. However, they never admitted it. The three Almaz space stations, which were reportedly armed with space cannons to repel boarders, were launched under the auspices of the civilian Salyut space station program. The idea was eventually abandoned because satellites proved to be more efficient for reconnaissance. 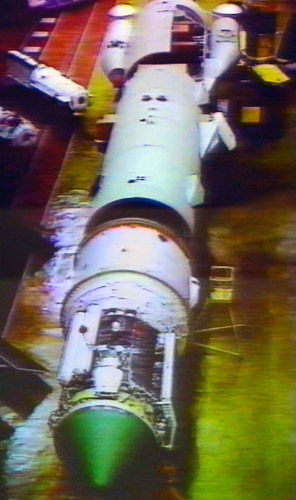 The Polyus Battlestation in its assembly hall.

Although details remain murky concerning the Polyus spacecraft, reports have begun to surface in recent years that show the Soviets were pursuing the development of an epic battle station in space intended to threaten U.S. President Ronald Reagan's star wars missile defense initiative with its satellite-killing laser. A prototype of the space station was launched in 1987, but failed to reach orbit and fell back to earth, according to a report in Air & Space Magazine.

Polyus, if its launch had been successful, would have been a game-changer. The Soviet Union would have beaten the U.S. to deploying a space based laser weapons system — a project that Washington eventually abandoned with little to show for it.

Kazakhstan: Space-Launch Tourism Not Blasting Off as Promised

While Kazakhstan has long talked of turning the Baikonur cosmodrome into a tourist destination, any serious expansion of tourism still faces significant...
news

Russia May Be Planning National Space Station to Replace ISS

Russia may be planning to build a new, independent national space station rather than prolong its participation in the $150 billion ISS program beyond...
news

"I couldn't face such injustice and do nothing," said Yevgeny Zhukov, who now helps Ukrainian refugees in the Georgian capital.