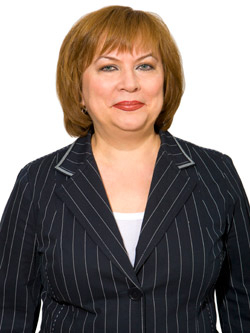 Employees who create intellectual property and their employers have long been concerned by the issue of how those employees should be compensated for patent law items of their creation. To a great extent this was because no government document was in place regarding the minimum rates of compensation for inventions, utility models and industrial designs. Article 12 of Federal Law "On bringing into effect part four of the Russian Civil Code" provided forsuch a document (Federal Law No. 231-FZ dated 18 December 2006.) According to this provision, compensation for inventions and industrial designs created by employees continued to be partially regulated by the USSR laws "On inventions in the U.S.S.R." dated May 31, 1991 and "On industrial designs" dated July 10, 1991.

In court disputes, various companies have repeatedly claimed that the rates which are set out in these laws are not applicable in the current economic situation. However, courts must be guided by law, and these laws expressly set the rules to be applied in such circumstances.

At last, article 1246(5) of the Russian Civil Code has been amended. This article concerns "state regulation of relationships in the area of intellectual property." The word "minimum" has been removed from the provision regarding the rates to be set. In other words, the Russian Government may set different rates: either fixed (for example, uniform rates for certain branches of the economy) or of other types (for example, minimum and maximum rates). The Russian Government has apparently chosen the fixed-rate option, or so it appears from the rules for remuneration to be paid for inventions, utility models and industrial designs created by employees. (The rules were adopted by Resolution No. 512 of the Russian Government dated June 4, 2014).

An important amendment has been made to the text of this rule. It stipulates that government rates apply when the employer and the employee have not entered into an agreement setting out the amount, terms and conditions and the procedure for compensation to be paid for inventions, utility models and industrial designs created by employees. With that in mind, the legislation expressly stipulates that in this case the agreement has primacy.

Also included in the rules is a provision stating: These rules should not apply if the employer and the employees enter into an agreement which sets the amount, terms, conditions and procedures for compensation to be paid. Clearly, this approach weakens to a certain extent the employee's position in such relationships because he/she depends on the employer to a great extent. However, it adds clarity and certainty when a dispute arises regarding the proper amount, terms and conditions of or the procedure for compensation to be paid.

Additionally, an employee who performs a business task and achieves a specific result that may be patented has a greater value for the employer. This can be a significant factor in negotiations regarding the appropriate amount of compensation. It is also important to note that in the article the word timeframes was replaced with conditions, which obviously widens the subject matter of such an agreement.Similarly to the provisions regarding copyright, amendments have been made which stipulate that compensation is paid not for the IP items being used but for the IP items themselves, that the right to compensation is inalienable and that the exclusive right specifically reverts to the author if the employer breaks the established timeframes. However, there is also a significant difference.

Even though the right to remuneration is inalienable, it passes to heirs until the exclusive right to the corresponding IP item expires. Thus, it is not a question of full inalienability. The Civil Code already provides for partial inalienability for a resale royalty right (article 1293(3) of the Civil Code) which falls within the class of other intellectual rights (article 1226 of the Civil Code). However, if the authors of the law intended to refer to the nature of this right in this way, they have been rather clumsy.What payments do the Rules envisage? They can be tentatively broken into four groups:

(1) a one-off payment for creating an invention, utility model or industrial design (a patent law item created by an employee );

(2) annual payments for the employer using a patent law item created by an employee;

(3) one-off or periodical payments linked to the employer (patent holder) granting another party rights to use a patent law item created by an employee;

The amount of payments in the first category is 30 percent, or 20 percent of the average salary for the last 12 months of the inventor or author of the utility model or industrial design.

The amount of payments in the second category is equal to the employee's average salary for the last 12 calendar months when the patent law item created by an employee was used.

The amount of payments in the third category is 10 percent of the fees set out in the license agreement.

The amount of payments in the fourth category is 15 percent of the fees set out in the agreement.

The amendment also covers a situation when co-authors create a patent law item.

It provides that the payments which for our purpose are classified under the third and fourth categories should be divided evenly between the co-authors unless they have entered into an agreement which provides otherwise.

The final provision of the rules states that this compensation continues to be payable by the employer when employment relationships are terminated.