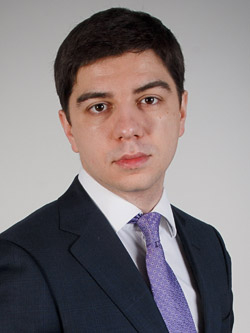 In March, the official governmental portal published the first draft of a regulation establishing a virtually complete ban on foreign medical devices from state and municipal purchases. By virtue of publication, the text was available for discussion, with the effective date set for April 1. The draft was accompanied by a fairly lengthy and definitely controversial list of devices to which the prohibition was intended to be applied. This has set off a flurry of speculation among international manufacturers about what this draft legislation meant: was it an isolationist political measure or a signal for foreign companies to commit to Russia for the long haul, localizing the manufacturing of their products. Some experts considered this to be a suicidal move (foreign medical devices still make up to 80% of the whole market in Russia), while others hailed it as a necessary step on the road to developing a national medical industry.

In fact, it turned out to be merely an invitation for a discussion and a signal that the time for mincing words is over: the government now stands ready to drastically reshape the competition landscape between national and foreign manufacturers. When the hype began to grow and almost everyone became convinced  that the regulator was more than serious in its intentions, the Ministry of Industry and Trade has issued the next version of the draft regulation. In it, the approach switched from a harsh ban to a moderate restriction.

According to the language of the new draft, it is generally allowed for medical devices of foreign origin to be offered during a public procurement procedure. However, if the public consumer (a hospital, a regional ministry of health, etc.) receives at least two other offers with medical devices originating from Russia, Belarus or Kazakhstan (i.e. the member states of the Eurasian Economic Union or EurAsEc), which meet the tender requirements and are produced by different manufacturers, the offer of the foreign devices must be rejected. The list has also been reworked and shortened. Devices are deemed to have originated from EurAsEc member states if they meet the criterion of sufficient processing or reprocessing (in essence, there must have been a substantial transformation). Even this short description of the model, however, provides much material that needs to be examined thoroughly.

Firstly, the list includes devices which are being produced by two or more local manufacturers; this means that the current legal regime of public procurement will remain intact only for the manufacturers and, ultimately, distributors of devices which do not meet this criterion and have not been included in the list. However, manufacturers and the distributors of listed devices will also be able to enjoy the same privilege if the specific technical requirements set by the public customer could be met only by foreign equipment that has the necessary characteristics. For instance, if the customer needs equipment with special functions (and is ready to justify this decision to the antimonopoly authorities or even in court), a tender participant proposing foreign devices will simply not be rejected. This, we suppose, will increase the stakes in the battle for state funds, making it far fiercer, and, subsequently, will put the spotlight on how public customers compile technical documentation for tenders or auctions.

Secondly, it goes without saying that localization of listed foreign devices may solve the problem. However, the CIS Agreement on Determining the Rules of the Country of Origin, dated 20 November 2009, should be applied in the situation at hand. They clearly state that repackaging or simple assembly operations are not sufficient for the origin of the devices to be considered local. The current version of the draft regulation does hint when it is intended to become effective, but in any case localization at a deep level will require years, thousands of man-hours and substantial monetary resources. At the same time, there is reason to expect that the government will draw up special rules for determining the country of origin, with these being tailored to this particular situation. For instance, the Ministry of Industry and Trade has recently announced that it will implement a gradual model of requirements for localizing foreign machinery, which has already been banned for public procurement purposes. The model provides for requirements for the level of localization to increase gradually and will allow companies to enjoy the status of a local manufacturer if they launch a program of step-by-step localization. Almost the very same model was proposed a couple of years ago with regard to medicines but was put into cold storage. As the discussions over the draft regulation in question seem to be coming closer to an end, it is likely that the government will come up with the same idea for gradual localization with regard to medical devices. This will definitely make the concept more consistent or at least make it understandable what a foreign company should do if it wants to keep its medical equipment available to be sold through public procurement channels. However, it is clear that even a special approach for determining the country of origin would not suffice to create the necessary conditions that would attract companies to localize their products here, in Russia.

To this end, it seems that for foreign companies it might prove possible to use the new legal toolkit which, it is claimed, will be provided by the prospective Federal Law 'On the Fundamentals of the Governmental Industrial Policy' once it has passed through the State Duma and has been adopted. It will be possible to enter into a `special investment contract' with the Russian Federation under which a foreign manufacturer undertakes to localize its manufacturing facilities, to create new vacancies, and so on, while the government guarantees reduced tax rates, land fees and the like. In addition, this instrument will be to a certain degree immune to future changes in legislation, creating much greater certainty in its business for the party to the contract. This is what foreign investors have been waiting for over many years. In conjunction with the above gradual approach and the new draft law on PPP, this could make the idea of localization more feasible, and not only from a public procurement standpoint.

Finally, the draft and, especially, list of the devices has not yet been set in stone. Discussions are ongoing between the Ministry of Industry and Trade, the Federal Antimonopoly Service and the Ministry of Health. Recently, Veronica Skvortsova, the Minister of Health, stated that there should be a justified balance between the quality of medical aid, the interests of patients and the need to develop the national industry. Her comments suggest that the list may again be tweaked. Also, it is clear that the language of the act itself is in need of some legal attention and editing. Therefore, more changes can be expected before the act becomes effective.

Foreign manufacturers have no doubt been following the question famously posed in the song by The Clash, as paraphrased at the head of this article. Maybe they should err on the side of staying, to become a fully fledged participant in a still-attractive market and industry. After all, even though the conditions for entering the market have been reshaped, the legislation is about to provide investors with valuable tools they have never previously had.