The Ukrainian parliament has called for early presidential elections on May 25 following the ouster of former President Viktor Yanukovych amid violent street protests.

At least two dozen candidates have announced their intention to run in the race, a group of businessmen, politicians and right-wing activists. Four of the most prominent are Mykhailo Dobkin, former governor of the eastern Kharkiv region, ultranationalist leader Oleh Tyahnybok, billionaire Petro A. Poroshenko and former Prime Minister Yulia Tymoshenko, who was recently released from prison. 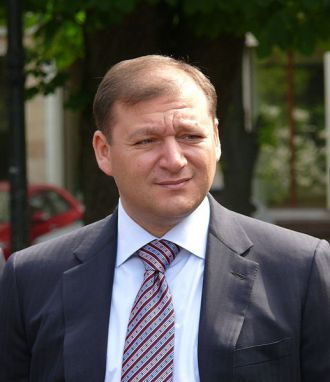 Mykhailo Dobkin, 44, has been nominated by Yanukovych's Party of Regions as a presidential candidate in upcoming elections to be held May 25.

Dobkin was born in Kharkiv region, the eastern Ukrainian region where he studied international economics after having completed a law degree.

He began a political career in 2002, serving as a member of Ukraine's parliament appointed governor of Kharkiv region by Yanukovych.

Dobkin has been under house arrest since March 20 on charges of undermining the territorial integrity of Ukraine by organizing a secessionist movement.

He is married and has four children.

The Party of Regions is a party popular in the country's southern and eastern regions. The party disassociated itself earlier this month from its former head, ousted Ukrainian President Viktor Yanukovych, accusing him of corruption. 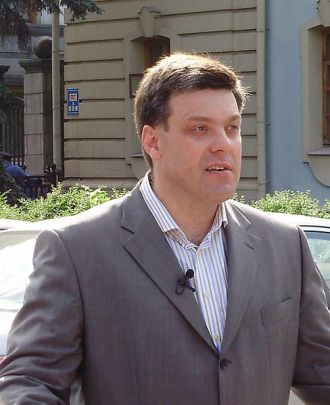 
Oleh Tyahnybok, a member of the Ukrainian parliament, has been nominated as a presidential candidate by the far-right Svoboda party. He was born in the western city of Lviv to a family of medical doctors and is a doctor himself.

Tyahnybok is an active promoter of the far-right ultranationalist ideas of Stepan Bandera, a controversial figure who is accused of collaborating with Nazi Germany during World War II.

He was previously elected as deputy of the Lviv region council.

He is a member of the committee on information technology.

He is married and has three children.

Svoboda is a far-right party, whose supporters actively participated in the protests that led to Yanukovych's ouster last month. Critics point out that party officials have at times advocated fascism and anti-semitism. 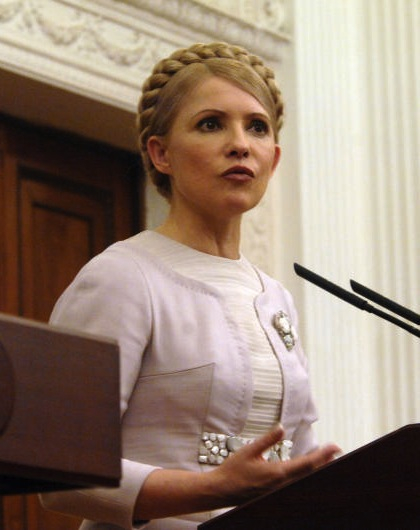 Yulia Tymoshenko, a former prime minister, has been nominated by Ukraine's Batkivshchyna, or Fatherland, party as a presidential candidate.

The 53-year-old Tymoshenko was born in the country's eastern city Dnepropetrovsk, where she studied management and economics at a local university. Following the breakup of the Soviet Union, she worked as a manager at several companies in the petroleum and energy industries.

She entered politics in 1997, serving as a deputy in parliament. She quickly rose to become a major political figure, founding the Fatherland party in 1999.

In 2001, Tymoshenko founded a group of opposition parties, later renamed the Yulia Tymoshenko bloc, winning more than 20 seats in parliament in elections in 2002.

In 2004 she helped form a coalition of parties, the Force of the People, which was to play a major role in the country's Orange Revolution that began later that year.

Following the Orange Revolution, she was catapulted to the post of prime minister under President Viktor Yushchenko, who less than a year later dismissed her over accusations that she had used her post to promote business interests.

In 2006, Tymoshenko switched to the role of opposition leader. Her group of parties took nearly a third of the 2007 parliamentary vote, forming the "orange coalition" that held a parliamentary majority with Tymoshenko serving as prime minister.

In 2010, Tymoshenko announced a presidential run, in which she narrowly lost to Viktor Yanukovych. She was dismissed as prime minister a month later, again rejoining the opposition.

Tymoshenko was repeatedly involved in a series of criminal cases surrounding the embezzlement of state funds, smuggling, bribery and tax evasion. In a case concerning the gas deal she negotiated with Russia while prime minister she was convicted and sentenced to seven years imprisonment, though many suspect that the case was politically motivated.

She began her sentence at a prison in the eastern city of Kharkiv in late 2011, but in May 2012 she was relocated to a hospital in the city after being diagnosed with a slipped disc.

In October 2012 she initiated a hunger strike to protest against election fraud.

She was set free in February following the ouster of Yanukovych.

She and her husband married in 1979 and have one daughter, Yevhenia, who married British rock star Sean Carr in 2005 before divorcing six years later.

The Fatherland party was formed from a merger of several opposition parties. It advocates a pro-European stance, with at times nationalist leanings. 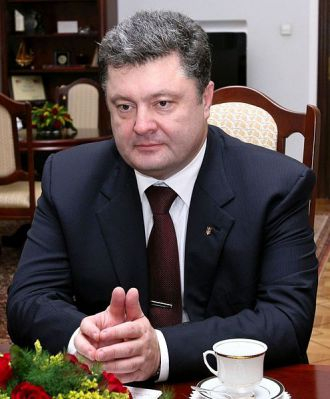 Petro A. Poroshenko has been backed by Ukraine's UDAR party as its candidate for the upcoming presidential elections.

The 48-year-old Poroshenko was born in 1965 in Ukraine's southwestern Odessa region, graduating with a degree in international economics from a university in Kiev in 1989.

He served in a series of managerial positions in businesses in the 1990s, including as general director of the investment house Ukrprominvest. He also owns the confectionaire Roshen, Ukraine's largest candy company.

Poroshenko began his political career in 1998, serving as a deputy in the country's parliament. In 2000 he founded his own party, Solidarity, which he chaired until 2002.

In 2003, he launched the first dedicated news channel in Ukraine, Channel 5, which became a major outlet for opposition views.

Poroshenko was one of the closest allies of Yushchenko during the Orange Revolution in 2004.

He held a series of senior government posts thereafter, including serving as foreign minister. He resigned in 2011 along with the entire government of Tymoshenko following the election of Yanukovych to the presidency.

In 2012 he was appointed Economic Development and Trade Minister.

An author of several books and academic publications in economics, Poroshenko is one of the richest people in Ukraine. Forbes estimated his net worth at $1.3 billion earlier this year, with the majority of his assets stemming from Ukrprominvest, run by his father, which owns shares in dozens of large companies.

Poroshenko is married and has four children.

The UDAR party, an acronym translated as "Punch," is led by former boxer Vitaly Klitschko — who pulled out of the race and backed Poroshenko — and advocates a pro-Europe and anti-corruption position.