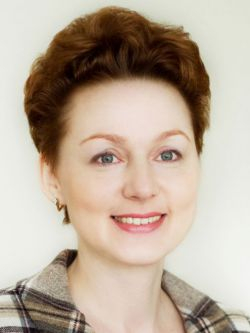 The legal regulation of bankruptcy procedures in Russia is actively improving. Evidence of this is the nine federal laws adopted in 2013 which substantially amend Federal Law No. 127-FZ "On insolvency (bankruptcy)," as well as other regulations that deal with bankruptcy regulation. Some of these will come into force during 2014.

One of the most notable trends in Russian bankruptcy legislation is the increasingly transparent nature of procedures applied in insolvency cases. The most significant changes in this respect are those made by Federal Law No. 189-FZ dated July 2, 2013. Since April 1, 2011, there has been an electronic Unified Federal Register of Bankruptcy Information (UFRBI). Initially, the information entered in this register mainly concerned the procedures implemented in bankruptcy cases against debtors, administrators being appointed by a court and property being sold through bidding processes. From July 1, 2014 onwards, the information to be entered in the UFRBI will also include: the amount of expenses incurred when the corresponding procedure is implemented in a bankruptcy case, including information about the fee paid to the administrator and the fee paid to any persons engaged by such administrator; the balance sheet value of the debtor's property; findings as to whether there are signs that the bankruptcy is deliberate or a sham; the amount of the creditors' claims; and dates for which creditors' meetings are scheduled.

Since the UFRBI became a part of the Unified Federal Register of Legal Entities' Transactions in 2013, it has been apparent how much more easily any interested parties will be able to access information about bankrupt debtors.

Another important development in Russian bankruptcy legislation is that provisions which regulate the insolvency of specific categories of debtors have been added to the Federal Law "On insolvency (bankruptcy)".

Last year, substantial changes were made with regard to the bankruptcy of developers (i.e. persons attracting funds and/or property from those who have invested in construction), non-governmental pension funds, agricultural companies and farm businesses.

A special purpose finance vehicle is defined as a legal entity aiming to acquire property rights under credit agreements and other obligations.

The economic situation on the market has increased the number of financial institutions that are insolvent. This has made it necessary to amend insolvency law in relation to this category of entities. For instance, legislators have granted the right to challenge the transactions of financial entities to a provisional administration. This remains valid until a bankruptcy case is brought in court. In the first place, the aim is to enable assets to be recovered more promptly after they have been unlawfully withdrawn from the bank, and to ensure that creditors' demands are met.

In addition, since the State Corporation "Deposit Insurance Agency" has been vested with the functions of a receiver in relation to a bank raising individuals' deposits, the above Federal Law was updated with new regulations aiming to strengthen the status and ensure that the additional functions of the Agency are fulfilled. These include its involvement in insolvency proceedings of non-governmental pension funds.

Holding the persons who control a debtor, liable for such debtor's obligations, is an important instrument for restoring the creditors' infringed rights. In recent years, the legal regulation of this institution as well as law enforcement practice have moved in the direction of there being more grounds on which a person can be held liable if their acts or omissions resulted in a debtor's bankruptcy, and more mechanisms to achieve this. In 2013, the Federal Law "On insolvency (bankruptcy)" was amended to introduce a limitation period for an application to be filed for a person to be held liable on certain grounds. In addition, some detail was set out of how persons controlling non-governmental pension funds may be held liable.

The abovementioned trends and changes in Russian bankruptcy law are those which appear to be most significant. They point towards a conclusion that the law is continuing to evolve, and is becoming more favourable for creditors.