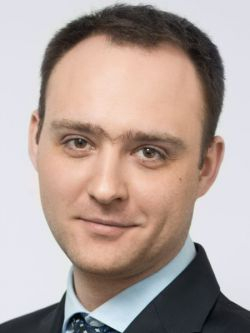 The Russian government has recently prepared and introduced in the State Duma a set of amendments to the Concession Law. This is the 13th round of amendments since adoption of the law in 2005.

The market sees the proposed changes as highly favorable for the further development of public-private partnerships in Russia, and many of them have been expected for several years. Considering the "financial nature" of these new amendments, financial institutions and lenders are among the main beneficiaries of these new rules.

Key changes include the introduction of the availability model, minimal revenue guarantees, extension of the list of concession objects and cases where direct agreements can be signed.

Currently, only automobile roads infrastructure projects allow indirect toll schemes. Social and healthcare projects —where demand and revenue risks are very high — should benefit from the new rules as the private sector seeks to lower and mitigate these risks. Concessionaires in the utilities sector are also very concerned by these issues.

Direct agreements, a key security document for the lenders in public-private partnership projects, can also be signed with respect to any project — not only automobile roads and infrastructure. Lenders will have the right to agree the substitution of the concessionaire without procurement of an additional concession tender, provided the material conditions of the concession agreement are not altered.

Another important step in the development of PPPs is the introduction of the idea to allow the public sector not to procure a tender if a project is initiated by the potential concessionaire.

The government believes that this approach should accelerate the conclusion of concession agreements without a tender in cases where there is only one potentially interested private partner. Considering the complicated procedure and the time-consuming nature of the tender process, the amended legal framework could potentially increase the volume of concession projects, particularly at the regional level.

To promote investment in the renovation and development of state-owned infrastructure, the draft law expands the mandatory content of concession agreements by including gross revenue of the concessionaire during the operation stage of a project and introducing an appropriate minimal revenue guarantee concept.

Last but not least, one of the key provisions of the draft law is the possibility to procure the concession tender where the public side is represented by several grantors.

This will likely trigger the initiation of cross-regional concession projects in multiple areas, with primary focus on transport, water, community services and healthcare. In addition, joint tenders involving regions and municipalities can be procured for waste projects, kindergardens, schools and leisure services.