All of the totalitarian leaders of the 20th century, including Stalin, believed they were superior to the West and would ultimately win out over Western society.

By contrast, the neo-totalitarian regimes of the early 21st century maintain their economies by exporting raw materials to the West and then importing everything else from there. Their goal is not to vanquish the West because that would leave them without iPhones or access to craftsmen who can gild their toilets in gold. Their bellicose rhetoric is not a preparation for war but a way to plunge their citizens into an abyss of paranoia.

Of course, none of these states, pseudo-states and ideologies — such as Venezuela, Iran,  the Salafis and Russia's pro-Kremlin Nashi movement — claim any technological superiority over the West. They claim a moral superiority. They do not say, "Our science and economy are better." They say, "Those in the West have higher standards of living and are protected by the rule of law, but we are more spiritual."

Totalitarian ideology may have been called the ideology of winners, but neo-totalitarian ideology is definitely the ideology of losers. When we hear from Russian leaders, for example, that "Russia is surrounded by fascists and the uniformed men who appeared in Crimea are local self-defense forces," any qualified psychologist will tell you that they are misfits and sociopaths. All sociopaths consider themselves skilled manipulators and treat anyone who does not succumb to their manipulations as an enemy. 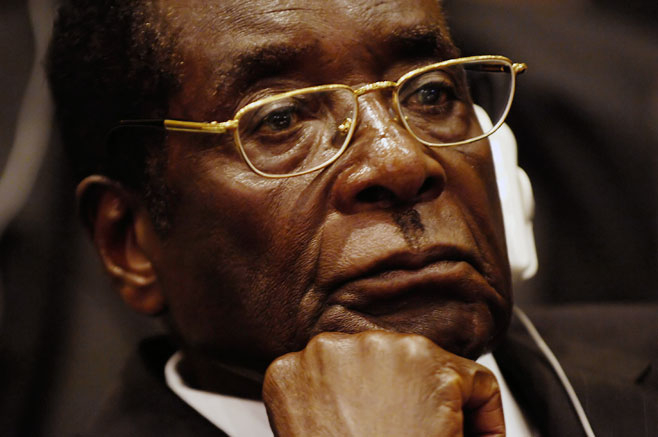 Classical totalitarian regimes relied on powerful systems of repression. Neo-totalitarian regimes are supported by a "democratic majority." They exploit the fact that a poor, embittered and underdeveloped majority will naturally adore the alpha-male leader and hate rich countries merely because they are rich.

Traditional totalitarian regimes proved unstable because they needed a highly educated elite to function, but the members of that elite understood that the prevailing ideology was at odds with reality. Neo-­totalitarian regimes do not have a highly educated elite. They have only a supreme leader and his friends — underaccomplished and incompetent nobodies who gained access to the country's coffers and power structures through either chance acquaintance or a process of "unnatural selection." As a rule, they actually profess the same backward values that they foist upon the masses.

As a result, neo-totalitarian regimes can prove extremely resilient. For example, Zimbabwean President Robert Mugabe has ruled for more than 33 years. Even while the country's population rose from 7 million to 12 million during his reign, the gross domestic product fell by . Yet Mugabe, who is now 90, actually won re-election in 2013 and faces no serious political threats. The country's elite has left, and those who remain are convinced that the evil and insidious West is the cause of all of Zimbabwe's problems and that their only salvation lies in their beloved leader and teacher, Mugabe.

Neo-totalitarian ideology sets out to cleanse society of the elite. This is because the leaders in science, business and the arts are people who must use their heads.

In today's world, an intelligent person can find a place for himself in democracies and in authoritarian states such as China, but they are unwanted in neo-totalitarian states ruled by misfits and sociopaths.

What do "average" Russians think about the war and why? Yevgenia Albats got in her car and found out.