SEVASTOPOL, Ukraine — If there is one place outside of Russia that could be considered Russian, it would probably be Sevastopol, the city of Russia's naval base in Crimea.

Russian flags flutter in the wind above many of its stucco-decorated buildings that surround the picturesque South Bay. This is the scene of some epic moments in Russian history, including the 11-month siege during the Crimean War in 1854, when the Russian army defended the base against the joint forces of France, Britain and the Ottoman Empire.

For many of the city's residents,  today's situation is strikingly similar.

In the Soviet era, Sevastopol was a closed city; outsiders had to apply for a special permit just to visit.

Irina, a volunteer at a makeshift checkpoint run by militiamen between Simferopol and Sevastopol, shares her thoughts on the tense situation in Crimea.

Amid the ongoing crisis over Crimea's sovereignty, the city seems to have become closed again. Today it is guarded by self-appointed Crimean militias that stop every other car on the road from Simferopol in search of weapons and "banderites," which is how they describe the radical proponents of Ukraine's westernization who were the driving force behind the recent uprising in Kiev. The term refers to Stepan Bandera, a revolutionary politician and the leader of the Ukrainian nationalist movement in the 20th century. 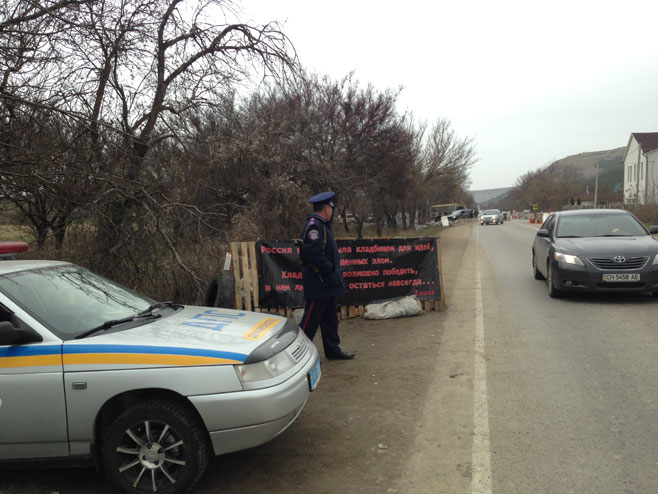 Cars passing through a checkpoint between Simferopol and Sevastopol.

According to one of the militiamen at the checkpoint, their hunt has not yet yielded much of a result.

"I heard during one shift a few weapons were found," Dmitry Bogdanov said while finishing his soup in the checkpoint's makeshift canteen.

In the canteen, a group of women serve militiamen meat, vegetable soup and warm bread. Many things in Crimea are subject to endless rumors these days.

According to one of the more unusual rumors discussed by militiamen, all the protesters  in Kiev are "on drugs" and currently suffering from "withdrawal."

Olga Balagan, a teacher at a kindergarten in Sevastopol,  quit her job to help the group of men run the checkpoint.

"The thing is that they are really different in western Ukraine and the West overall. They should leave us alone and let us live the way we want to live," she said.

There were divergent views in the group as to whether Crimea should be part of Russia, but everybody agreed that it should have greater autonomy from Kiev.

"We are all real volunteers here, despite everything they say in the Western media," said Irina Gratilova. 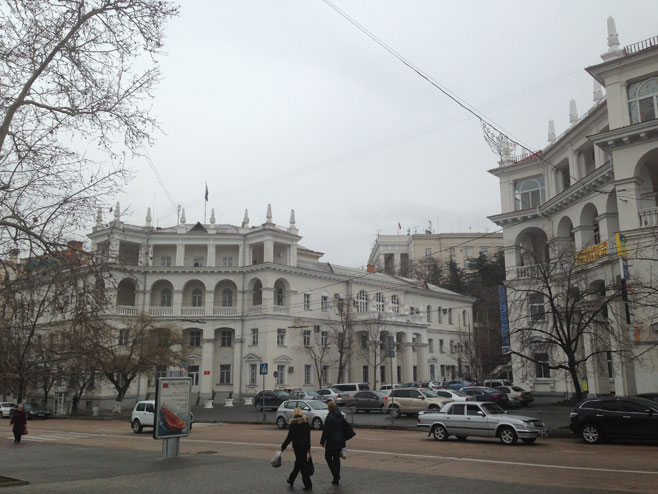 The residents of this temporary camp were all especially agitated about the way Crimean events are being covered in the press.

"Yesterday we had a reporter from The New York Times who told us that radicals in Kiev were peaceful protesters. Does he understand anything about the situation?" Gratilova wondered.

After promising to make their views heard and strive hard to present an objective reflection of the situation, the women offered me a meal that was shared with Cossacks who arrived from Krasnodar to help "their Crimean friends."

"We have never disturbed these neo-fascists that came into power in western Ukraine, but we do not want them to impose their customs on us," said Gratilova.

Many more similar checkpoints have been set up around the perimeter of Sevastopol, with the biggest ones controlling the two main roads linking Crimea to the rest of Ukraine.

The frayed nerves and antagonistic views on display at the checkpoint were harder to find in Sevastopol itself as residents strolled the embankment in light rain on Tuesday. 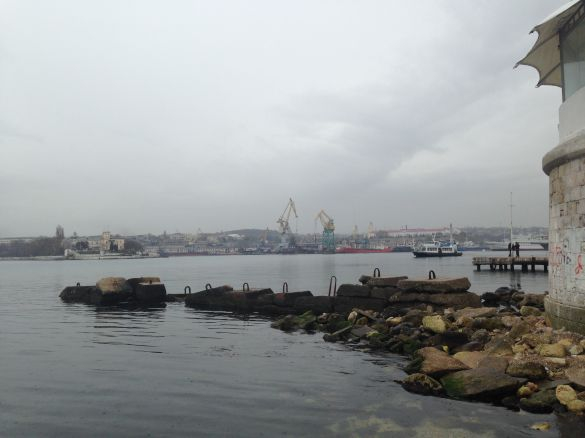 Sevastopol and Kiev are the only two cities in Ukraine that enjoy special status, both subordinate to only the central government. With that in mind, Sevastopol is not officially a part of Crimea. Today the city is run by Alexei Chaliy, a citizen of Russia, who was appointed by the local council last week amid an ongoing pro-Russia rally.

On Tuesday, reports that Russia's Black Sea Fleet had issued an ultimatum to Ukrainian forces in the area were dismissed by the fleet's headquarters. Two Ukrainian ships with yellow and blue flags on their masts were spotted in the bay, surrounded by dozens of Russian cruisers and bombers.

Most residents of Crimea are not very politically conscious, despite the current political uncertainty. What they want is work that can give them a stable source of income.

"In truth, what we hope for is a good high season this summer, that is why we tell everybody, 'Calm down, there is no emergency here — come and visit Crimea,'" Anatoly Novikov, a 43-year-old resident of Simferopol, said on one of Sevastopol's main streets.