Recent news reports have indicated that the Russian government is considering withdrawing from the new Strategic Arms Reduction Treaty, or New START, if the U.S. does not halt its continued missile defense program in Europe. It is not very often that two Republican congressmen like us find ourselves in complete agreement with President Vladimir Putin, but on the issue of New START we could not agree more.

There are a number of compelling reasons why the U.S. should be happy to withdraw from the treaty. In fact, we believe we should not have agreed to this treaty in the first place, and we supported our fellow Republicans in the Senate who voted against ratifying the treaty in 2010. The treaty essentially cost Russia next to nothing in the form of military concessions, but it required major nuclear capability concessions on the part of the U.S.

The New START treaty, which only benefits Russia, was a terrible idea in the first place. If Russia wants to exit it, we would be delighted.

The New START treaty is itself a Cold War artifact. Yes, Russia and the U.S. have the largest number of nuclear weapons in the world, but other countries like China, India and Pakistan have growing nuclear inventories as well. If the treaty was truly meant to lower nuclear stockpiles, the U.S. should not have been signed the treaty without these other nations participating. The Cold War ended decades ago and our treaties should reflect that simple fact.

Rather than recognizing this new reality, Putin is apparently considering withdrawing from the treaty because of the deployment of missile defenses in Europe by the U.S. and our allies. This is an odd reason to withdraw from the treaty, particularly since Russia is actively deploying its own missile defense systems. What's more, U.S. missile defenses are not aimed at intercepting Russian nuclear weapons and have no capability of weakening Russia's nuclear deterrence. 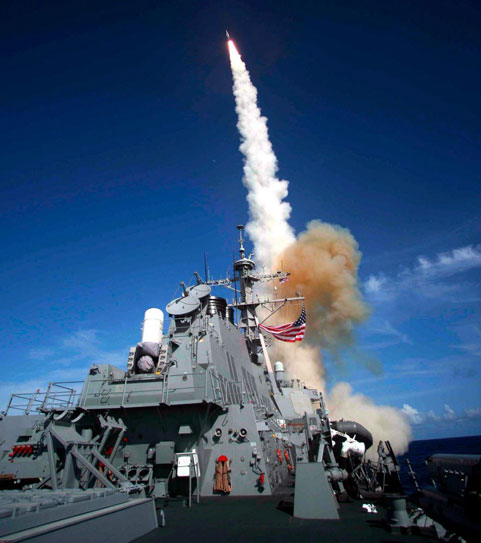 Moreover, Russia has a poor history of complying with previous and standing arms control treaties, raising doubts it will comply with New START. We on the Armed Services Committee have strong reason to believe that Russia has been violating the ­Intermediate-Range Nuclear Forces Treaty of 1987 for years and that the Obama administration has known about it. Further, Russia may already be in violation of agreements related to tactical nuclear weapons as well, and the U.S. intelligence community has already charged Russian entities with providing ballistic missile technology to the world's leading sponsors of terrorism, Iran and North Korea.

But perhaps Putin is threatening to withdraw from the New START treaty to deter the U.S. from deploying more missile defense installations in Europe. We would like to remind Mr. Putin that the U.S. will never yield in our commitment to protect our allies and our assets abroad from an increasingly capable and technologically advanced ballistic missile threat from rogue states such Iran, North Korea or any other nations that pose a threat in the future to regional or global stability. This protection, in the form of a robust and agile ballistic missile defense network, must continue to be deployed not only in Europe, but also in the Asia-Pacific region, the Middle East, the U.S. and elsewhere. We will never allow U.S. missile defense to be used as a bargaining chip.

Mr. Putin, the U.S. is committed to the deployment, maintenance and continued improvement of a missile defense system, to protect ourselves and our allies regardless of what you do. Our missile defense system is not designed to defend against a major nuclear strike from Russia. But the threat from rogue regimes continues to grow, and it is our duty to protect our citizens and the citizens of our allies from that growing threat.

But apart from missile defense, we completely agree with Putin: Russia and the U.S. should both withdraw from the New START treaty. It is a misguided Cold War relic that does not preserve peace. We stand ready to help Putin in his noble efforts to end this treaty.