While U.S. Ambassador to Russia Michael McFaul cited personal reasons for his departure, no one would dispute that his role as Washington's top representative in Moscow was challenging. With thorny issues remaining on multiple fronts, chances are slim that relations will warm significantly between the two sides any time soon.

But here's an idea.

President Barack Obama showed out-of-the-box thinking by choosing McFaul, a long-time university professor, instead of a seasoned diplomat for the Moscow post in 2012. Perhaps Obama should stick to that logic and appoint as the next ambassador a person who boasts not only proven communication skills but also a persona that is already popular in Russia. At the very least, that might make the next ambassador's job a little bit easier.

Here's a list of names that Obama could start with: 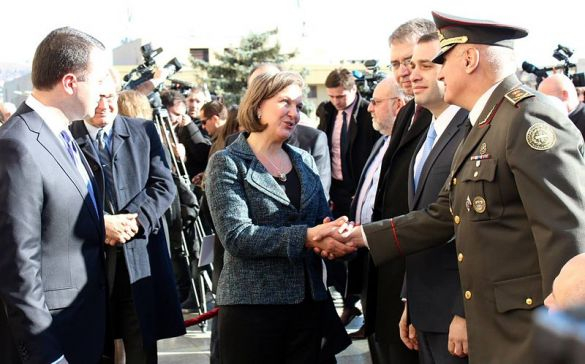 Victoria Nuland, as assistant U.S. secretary of state in charge of European and Eurasian affairs, already has the right employer for an ambassadorship. A leaked phone conversation last week in which she apparently used a four-letter word to describe the European Union would give her a head start in finding a common language with her Russian counterparts at the Foreign Ministry. Russian diplomats have also expressed frustration with the EU, just not in those words — at least not on tape. 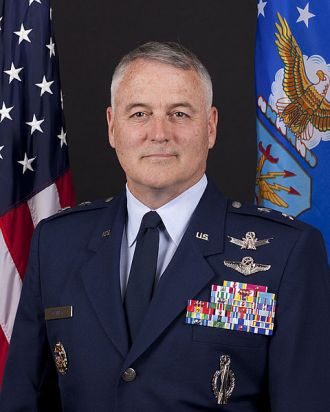 Michael Carey, a U.S. Air Force general formerly responsible for all of America’s land-based nuclear missiles, should have been given a commendation for the speed and ferocity with which he integrated himself into Russian society during his visit here last summer.

Carey visited Moscow as part of a joint security training exercise in July while serving as commander of the 20th Air Force, responsible for all 450 of America’s Minuteman 3 intercontinental ballistic missiles. During the junket he engaged in "inappropriate behavior," including heavy drinking, rudeness to his hosts and associating with "suspect" women, according to an Air Force report. He also purportedly met local women in a restaurant bar, danced, and spoke loudly in a hotel lounge about how he is "saving the world" — an attitude that many people consider a key plank of U.S. foreign policy and could signal his diplomatic potential. 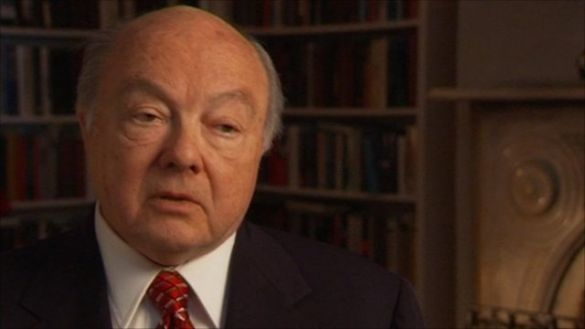 Been here, done that. Jack Matlock, the venerable retired ambassador, knows Russia well after serving four tours at the U.S. Embassy in Moscow. In his day, an ambassador strove for great accomplishments, supported by high-level political will and professional cadres on both sides. Matlock would get bored talking to opposition leaders and playing basketball. 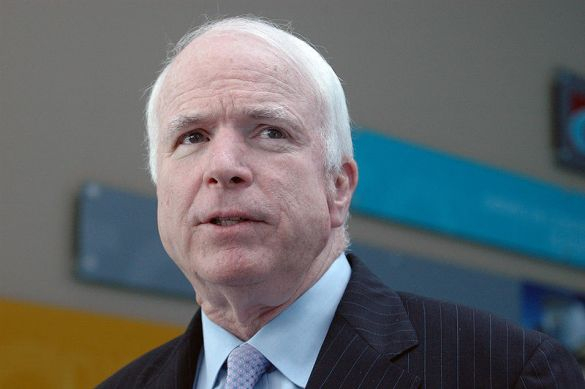 OK, outspoken U.S. Senator John McCain might not be the most popular choice for Russians. McCain has repeatedly disparaged President Vladimir Putin, claiming to have “seen the letters K-G-B” in his eyes in 2007, and warning the Russian leader in a tweet during December 2011 protests in Moscow that “the Arab Spring is coming to a neighborhood near you.” Putin’s response was to suggest publicly that McCain had gone “nuts” following his service in the Vietnam War.

The sparring suggests that any dialogue between McCain and Putin would likely be less than productive. But McCain has consistently shown a deep knowledge of U.S.-Russia affairs, and his readiness to speak his mind would give Moscow a predictable partner to work with. 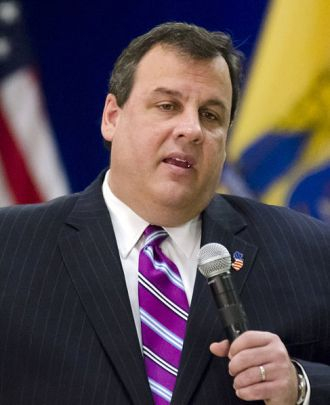 Chris Christie, the beleaguered New Jersey governor, is mired in a scandal in which his senior aides are accused of ordering lane closures on a key bridge, creating days of traffic jams to punish an unsupportive mayor. Whether or not Christie authorized the traffic jams (he says he did not), the twin ideas of officials disrupting traffic and getting political revenge are not foreign to Russia. 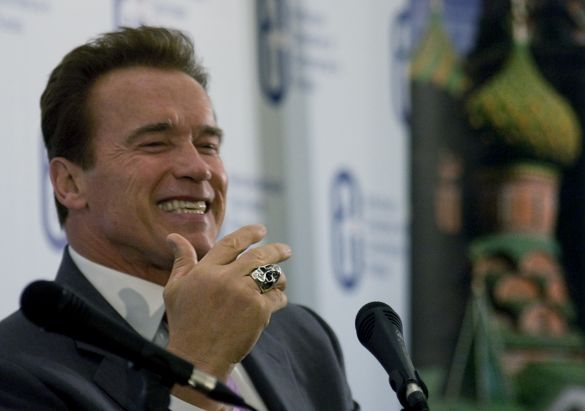 As his 1988 movie “Red Heat” showed, savvy retired California Governor Arnold Schwarzenegger knows his way around the Kremlin, at least in a policeman’s uniform. Schwarzenegger has been back several times since then, opening a now-defunct Planet Hollywood restaurant, located not far from the U.S. Embassy, dining with Soviet leader Mikhail Gorbachev, and lifting weights with then-President Dmitry Medvedev.

During a January 2013 visit he didn’t quite say “I’ll be back,” but he promised Medvedev he’d attend the Olympics. His recent decision to send best wishes to Ukrainian protesters won't curry Kremlin favor. But an appearance in Sochi could help reestablish a rapport with senior Russian statesmen. 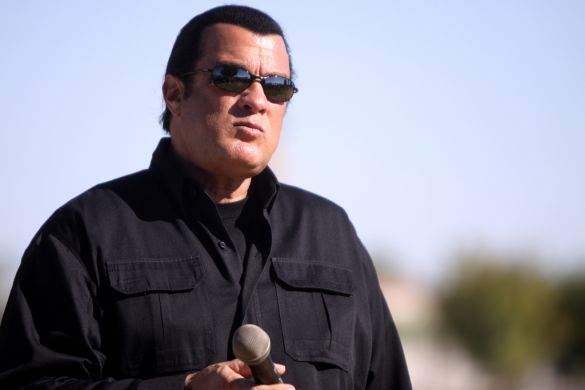 American action film star Steven Seagal has become a darling of senior Russian officials, meeting with Putin and contemplating a request by Deputy Prime Minister Dmitry Rogozin last year to lobby for eased U.S. rules on imports of Russian-made rifles. It remains to be seen whether he would make a good candidate to represent U.S. interests in Russia, but perhaps the Foreign Ministry would consider appointing him as the Russian ambassador to Washington? 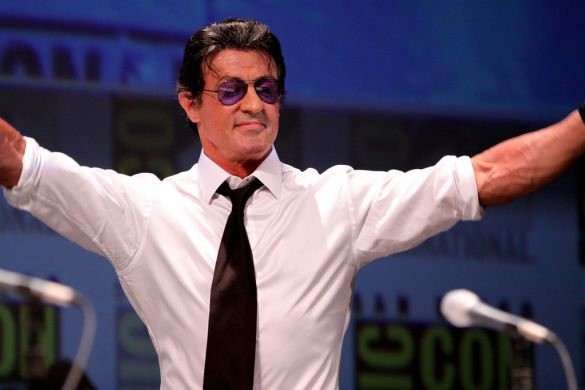 Another Russia hero, Sly Stallone has demonstrated his interest in fostering relations not only as a co-investor with Arnie in Moscow's Planet Holllywood but also as the face of Synergy Vodka, in a deal he signed in 2008. He also made headlines last fall when he brought his paintings to an exhibition in St. Petersburg. 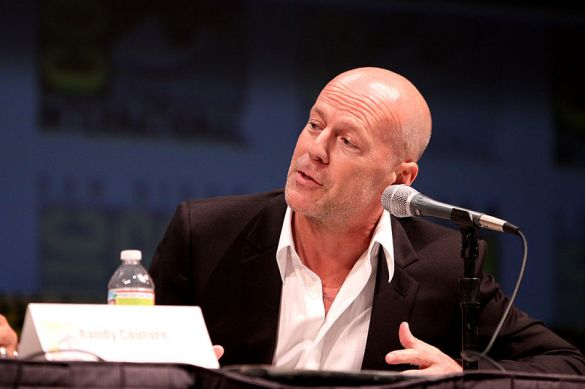 Yes, U.S. action stars are much-loved in Russia. Tough guy Bruce Willis became the poster boy for Trust Bank under a two-year contract in 2010 that reportedly earned him $3 million. His face has looked down at us from Moscow billboards ever since.

The bank selected Willis based on research that showed the average Russian prefers to see well-known foreigners, not compatriots, in advertisements. Thus, Willis' popularity and public sympathy would bode well for communicating whatever message Washington wants Moscow to hear. 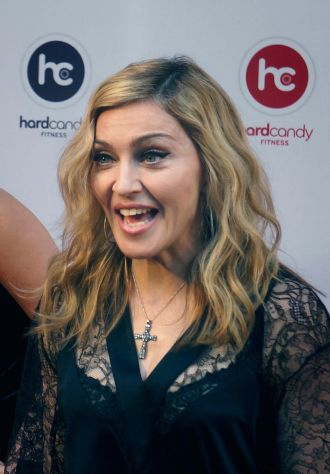 Enough of the macho men! Maybe the way to build relations between the two countries is in a joyous, lyrical, yet hard-nose-business kind of way.

Pop star Madonna clearly would not be Rogozin’s choice. Her staunch support of punk band Pussy Riot caused the deputy prime minister to tweet that "every former whore who has aged wants to give lectures about morals, especially during tours and gigs abroad.” Moreover, Madonna's support of gays also hasn't gone over well in Russian officialdom.

Madonna has already familiarized herself with Russia’s visa regime, having been accused of violating it when she came on a humanitarian visa for concerts in Moscow and St. Petersburg in 2012.

In addition, the U.S. and Russia have sought to put a greater emphasis on business ties, and Madonna could bring first-hand experience to the table. The owner of Hard Candy Fitness, Madonna has opened successful outlets of the stylish fitness club in Moscow and St. Petersburg.