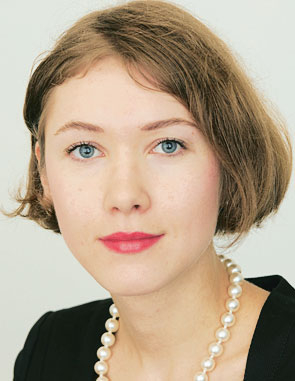 A certain number of provisions concerning construction and town-planning activities came into force on Dec. 31, 2013. These changes will affect the interests of builders, developers and individuals buying land plots to subsequently develop them.

These provisions include the following:

2) Secondly, as of Dec. 31, 2013, there is a ban on issuing permits for the construction of capital structures in urban settlements and urban districts if land use and development rules are absent.

According to Article 51(3) of the RF Town-Planning Code, construction permits are not allowed to be issued if there are no land use and development rules, except for construction and reconstruction of properties of federal or regional importance, properties of local importance of municipal districts, and capital structures on land plots to which town-planning regulations do not apply and for which town-planning regulations are not established.

At this time a construction permit is issued even if there are no approved land use and development rules. Also, the coming into force of that provision in urban settlements and urban districts has been postponed more than once, and the deadline for enacting the provision has also been moved. For example, according to Federal Law No. 289-FZ of Dec. 30, 2012, the deadline was again extended to Dec. 31, 2013.

3) Another change relates to the innovations as of Dec. 31, 2013 concerning urban settlements

(а) firstly, as of that date the provisions of Article 9(4) of the RF Town-Planning Code (providing that it is not permitted to adopt a decision to reserve or withdraw a land plot for municipal needs, if the siting of such properties is not provided for by the land-use planning documents) will apply to urban settlements;

(b) secondly, as of that date the provisions of Article 45(6) of the RF Town-Planning Code concerning the inadmissibility of preparing site planning documentation if the municipal district or settlement does not have a master plan will also apply.

4) In conclusion, the time period for submitting land plot urban-development plans for the construction of linear facilities ended on Dec. 31, 2013, and now it will be necessary to have approved site development and site survey plans for those purposes.

It should be noted that, on the one hand, the coming into force of these provisions is intended primarily to later enact all of the provisions of the Town-Planning Code, and to make application of the Town-Planning Code uniform across Russia. In addition, enacting the regulations described here as of Dec. 31, 2013, will help to make the requirements of the Town-Planning Code consistent with their practical implementation as quickly as possible. On the other hand, not all Russian Federation subjects have land use and development rules. For example, in a number of urban settlements and urban districts where there are currently no land use and development rules, the authorities' inability to grant a land plot for construction and/or issue a construction permit due to the ban which has been introduced will result in reduced development and construction, which will mean reduced supply and increased demand on the real estate market and, as a result, possible price increases.