Protests by athletes over Russia's anti-gay propaganda law during news conferences at the Sochi Winter Olympics are unacceptable as they go against the Olympic Charter, Games chief Dmitry Chernyshenko said Wednesday.

International Olympic Committee president Thomas Bach had urged athletes attending the Games from Feb. 7 to 23 in the Black Sea resort to refrain from protests on the podium in accordance with an Olympic rule that forbids political statements in Olympic venues.

Bach did, however, indicate that if athletes chose to make their opposition to the anti-gay law or Russia's human rights record known they could do so at pre- or post-competition news conferences.

"He might have mentioned that there is a rule 50 in the Olympic Charter which limits the expression of any propaganda during the Games," Chernyshenko told a a conference call when asked how organizers would deal with possible protests.

"I do not think they [athletes] are allowed by the Charter to express those views that are not related to the sport at the press conference room."

Russia has been under mounting criticism over its controversial anti-gay propaganda law that critics say curtails homosexuals' rights.

Several athletes have said they will vent their opposition during the Games while lesbian and gay rights groups have urged participants to be vocal on-site against the law.

"Everyone in attendance is welcome to enjoy themselves — we welcome everybody regardless of race, gender, religious or sexual orientation," Chernyshenko said. 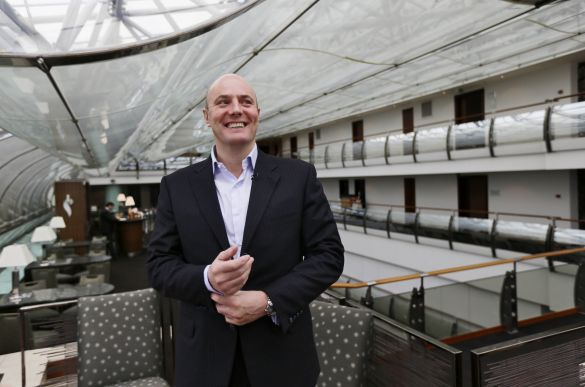 Chernyshenko, who headed Sochi's successful bid seven years ago, said that if athletes wanted to speak out about issues they could do so in a special location in the city, away from the Olympic venues.

"What I would call the Sochi speakers' corner has been organized in Sochi city so that everybody can express themselves," Chernyshenko said.

Several heads of state including Germany's President Joachim Gauck and President Francois Hollande of France have refused to attend the Games in what is seen as a snub to Russia.

"Frankly we are talking about world leaders here, some of the busiest people on the planet. I imagine many of them would love to attend. To suggest it is something personal is not accurate and acceptable," Chernyshenko said.

"The number of state leaders … to come is the highest ever in the history of the Olympic Winter Games," he said, without giving a figure when asked. An aide to President Vladimir Putin said last week that 60 heads of state and government had confirmed their attendance.

Chernyshenko also brushed aside accusations of corruption that have accompanied Sochi throughout its seven-year preparation period.

"If you come and look around you will see the most state-of-the-art facilities in the world. That would not have been possible if those allegations of corruption were true," Chernyshenko, a Sochi native, said.

"The stage is perfectly set for the stars to step forward."

U.S. President Barack Obama said the world will see the U.S. commitment to universal dignity when the U.S. takes home gold medals at the Sochi Winter Olympics next month.

In his State of the Union address on Tuesday evening, Obama said the U.S. believes in the equality of every human regardless of race, religion or sexual orientation. He said no other country does what the U.S. does.

The issue of equal rights for gay, lesbian, bisexual and transgender people has become a prominent issue ahead of the Olympic Games in Sochi because of Russia's new law banning gay "propaganda" to children. Obama's delegation to the Olympic ceremonies includes prominent gay athletes. (AP)