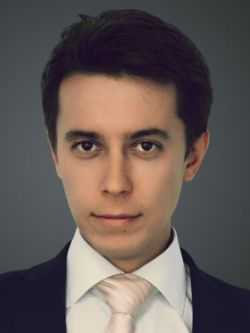 The year of 2013 saw a continuation of trends that had become apparent in preceding years: a number of major new legislative developments were made, as declared by authorities aimed to simplify real estate transaction and construction approval processes. However, new laws still need further development and some rules are contradictory. A tendency can also be seen (particularly in Moscow and the Moscow region) towards providing additional levers over developers, making them more dependent on the discretion of local and regional authorities.

The Transition to Cadastral Value as the Real Estate Tax Basis

The most significant recent development, which the market is yet to fully appreciate, has been the introduction of a new rule for calculating tax on the basis of the cadastral real estate value rather than the book value. 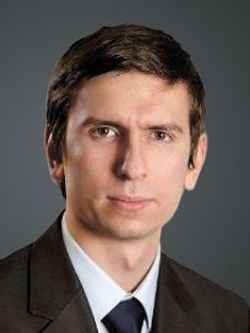 These changes will substantially increase the tax burden on commercial property owners, and this will likely lead to rising rents and future development project costs. The dubious nature of the criteria and processes used to determine the cadastral value of real estate has given rise to a new trend: of owners disputing the cadastral appraisals in court.

The Cancellation of Mandatory State Expert Review of Design Documentation

In 2012, mandatory state expert review of design documentation ended for construction of most new facilities (apart from unique and particularly complex projects). Now, design documentation may be reviewed by any accredited expert on the especially created Gosstroy register, which already includes over 4,000 experts.

The Cancellation of State Registration of Particular Agreements

Essentially however, cancellation of the registration requirement is only technical, with transfer or encumbrance of real estate titles still requiring registration, meaning the title holders still need to prepare the same set of documents for registration, and wait procedural completion. Despite this there is some positive impact: a reduced state registration duty, as well as the effective date of any agreement now being from when both parties have signed rather than when it is registered.

With new reforms, it cannot be certain that the Supreme Arbitration Court’s stance will be interpreted the same way by all lower courts.

One unfortunate new development was the abolition of the requirement to register long-term real estate leases. The legislators subsequently realised the prematureness of this and the innovation was cancelled two days later. Even so, anyone who concluded long-term leases on 2 and 3 March may find themselves in a sort of legal vacuum.

The civil legislation reform introduced into the Civil Code the concept of an integral real estate complex, which is defined as an indivisible piece of real estate, and is understood to mean a set of individual real estate properties that are located on a single land plot or technologically interlinked (such as linear facilities). This new concept is designed primarily to simplify the sale and purchase of some comprehensive infrastructure facilities (including power, transport, communications, utility, warehousing and other facilities), which might include a variety of separate facilities which would be difficult to formalize.

Market players have interpreted some provisions of the Resolution differently, and the opinion has been frequently heard that the Supreme Court has been abusing its powers and virtually establishing mandatory rules itself. A number of experts believe that some of the Resolution’s provisions are not based on the current legislation, and sometimes even run counter to it.

Consequently, 2013 did not see any significant take-up of the new lease schemes, with the market generally content to continue using time-tested transaction formats involving preliminary agreements, short and long-term leases.

Additionally, with the 2013 court system reforms, it cannot be certain that the Russian Supreme Arbitration Court position will be interpreted in the same way by all lower courts in the future, or that market players can practically apply the innovations introduced by the SAC, but not supported by legislation, without any risks.

The year of 2013 also saw the introduction of special land legislation in Moscow and the Moscow region. Using the attachment of new territories to Moscow as an excuse, Moscow authorities were able to push through, at the federal level, a special accelerated procedure for reserving and withdrawing real estate property from owners for state needs, and requiring payment for changing the permitted use of any land plot for construction purposes. A real estate owner now needs only to be given five months’ notice of its withdrawal (the general rule is one year), and the negotiation time for a real estate withdrawal agreement is three months (the general rules set no deadline). Changes to the permitted use of a land plot to include construction or reconstruction are only possible where the applicant (owner, tenant) makes a relevant payment in the amount established by a Moscow City legal act.

The provisions of the law relating to withdrawal and reservation of land, cadastral recording and registration of title are somewhat reminiscent to the federal laws adopted in preparation for the XXII Olympic Games. The legal provisions apply to the whole of Moscow, including the old part, and from Dec. 13, 2013 were extended to the Moscow Region.

The innovations were introduced in the absence of any land use and development rules publicly establishing permitted land use types for Moscow land plots. Without these rules, the Moscow authorities have effectively greater opportunities to decide the fate of any given development project at their own discretion.

In 2013 a new chapter of the Town-planning Code came into effect. This addresses the operation of buildings and structures, securing the basic principles for building operation at the federal legislative level for the first time. In practice, however, these changes have had virtually no effect on how quality properties are operated, with requirements by owners of Class A and B facilities on management companies, substantially higher than those specified in the legislation.

During 2013, the electronic paperwork system relating to improved state cadastral recording and registration services was updated, following approval on Dec. 1, 2012. It became possible in 2013 to obtain excerpts from the Real Estate Register as well as statements from the state real-estate cadaster electronically, as well as to submit documents for state title registration and get permission documentation electronically. According to Mosstroynadzor, by the end of 2013, 200 construction permits and over 100 commissioning permits had been issued in electronically.

From July 1, 2014, amendments to the Law On Mortgages will come into effect abolishing state registration of mortgage agreements. This continues the legislative transformation launched in 2013 to eliminate the need for double registration, of both the agreement and the ensuing encumbrances.

At the start of 2012, it was proposed that land categorisation be abolished to harmonise land and town-planning legislation. The relevant draft law replaces permitted use categories as the main determinant of land plot use. It is anticipated that, once the necessary town-planning legislation changes have been made, land categorisation will be abolished and procedures for determining permitted land use will be adopted. It is hard to comment on the effectiveness of the proposed land plot classification scheme, though for the interim land users are likely to face a vast number of difficulties. Additionally, once land categories are abolished, changing the permitted use of a land plot should become simpler, at the same time there might be a sharp rise in abuses, especially of land that is agriculturally or environmentally valuable.

The Ministry of Economics has also published a draft law On the specifics of foreigners concluding transactions with real estate, and amendment of Federal Law No. 122-FZ dated 21 July 1997 On State Registration of Real Estate Rights and Transactions. This draft law proposes introducing a permission procedure relating to real estate transactions for foreigners, foreign companies and Russian companies with major foreign participation (more than 50%). Officially, the draft aims to prevent the creation of foreigner enclaves on Russian territory. Yet the current version of the law will do little to achieve this, since the application of a simple holding scheme circumvents the envisaged restrictions. The draft law specifies no criteria for permitting or prohibiting a transaction, and this obviously creates ideal conditions for corruption to flourish. The Ministry for Economic Development proposal was met with great surprise by the market, seeing as it runs directly counter to the principle of liberalising investment legislation, which had been actively declared by state officials at various levels for several years. Let us note that the RUIE and national chambers of commerce (AmCham, RBCC and others) have commented negatively on the draft.