President Vladimir Putin tried out the Olympic ski slopes in Sochi on Friday as the Black Sea resort counts down the days until the start of the Winter Games.

Putin and Prime Minister Dmitry Medvedev skied a few runs at the Laura complex for biathlon and cross-country skiing in Krasnaya Polyana, finishing off the day with a glass of mulled wine.

Presidential spokesman Dmitry Peskov said Putin would inspect all the Olympic facilities at Sochi's mountain and coastal clusters during his visit to the city and review the preparations for the opening and closing ceremonies of the Games.

Putin will pay particular attention to the buildings that have not been finished yet, Peskov said. 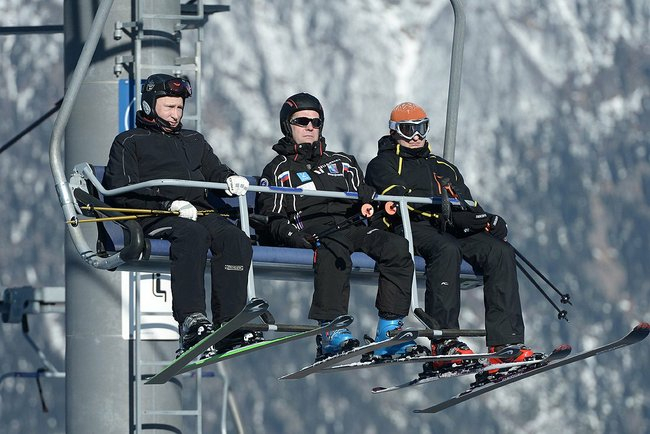 The Winter Olympics are the focus of intense international scrutiny and security concerns following twin bomb attacks in Volgograd late December that killed at least 34 people and injured more than 60 others.