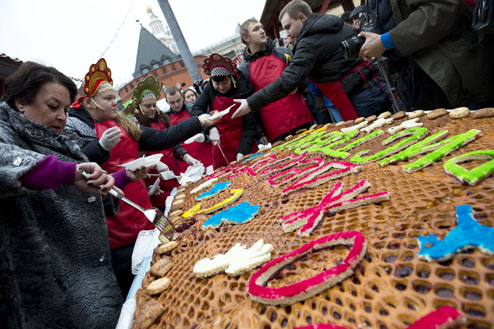 This year's warm temperatures meant believers in Moscow celebrated a red and gold, rather than white, Orthodox Christmas.

Moscow confectioners baked a giant apple and cherry pie in celebration of Russian Orthodox Christmas, which is marked on Jan. 7, based on the old Julian calendar.

The 100 kilogram, 1.5-meter by 2.5-meter pie wаs served on Tuesday afternoon and could cater to more than 800 people, the administration of Moscow's central district said, Interfax reported.

The giant pie was installed in Moscow's Revolution Square, a surprising location considering the square was named after the 1917 revolt by the Bolsheviks, who cared little about Christmas or religion in general. 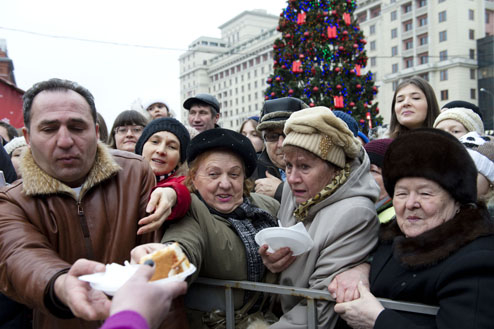 Partly due to decades of Soviet state-imposed atheism, New Year's remains the biggest holiday of the year, though the number of Russians who consider themselves Orthodox Christians is on the rise.

A survey conducted by independent pollster Levada Center in November, concluded that the number of Orthodox Christians had risen four-fold over the past quarter century.

Out of those questioned, 68 percent identified themselves as belonging to that church compared to only 17 percent in 1989.

Russia's long New Year holidays call for protracted celebrations, and festivities that flare up on New Year's Eve tend to brighten up again on Orthodox Christmas, before finally winding up on "Old New Year" day, which falls, according to the Julian calendar, on Jan. 14.

Celebrations may go on even longer this year: Moscow officials plan to have ice-swimming basins installed in the center of the capital to celebrate Epiphany on Jan. 18, news reports said. Fans of ice bathing — a popular Russian winter pastime, more traditional than apple pie — will be able to take a dip. 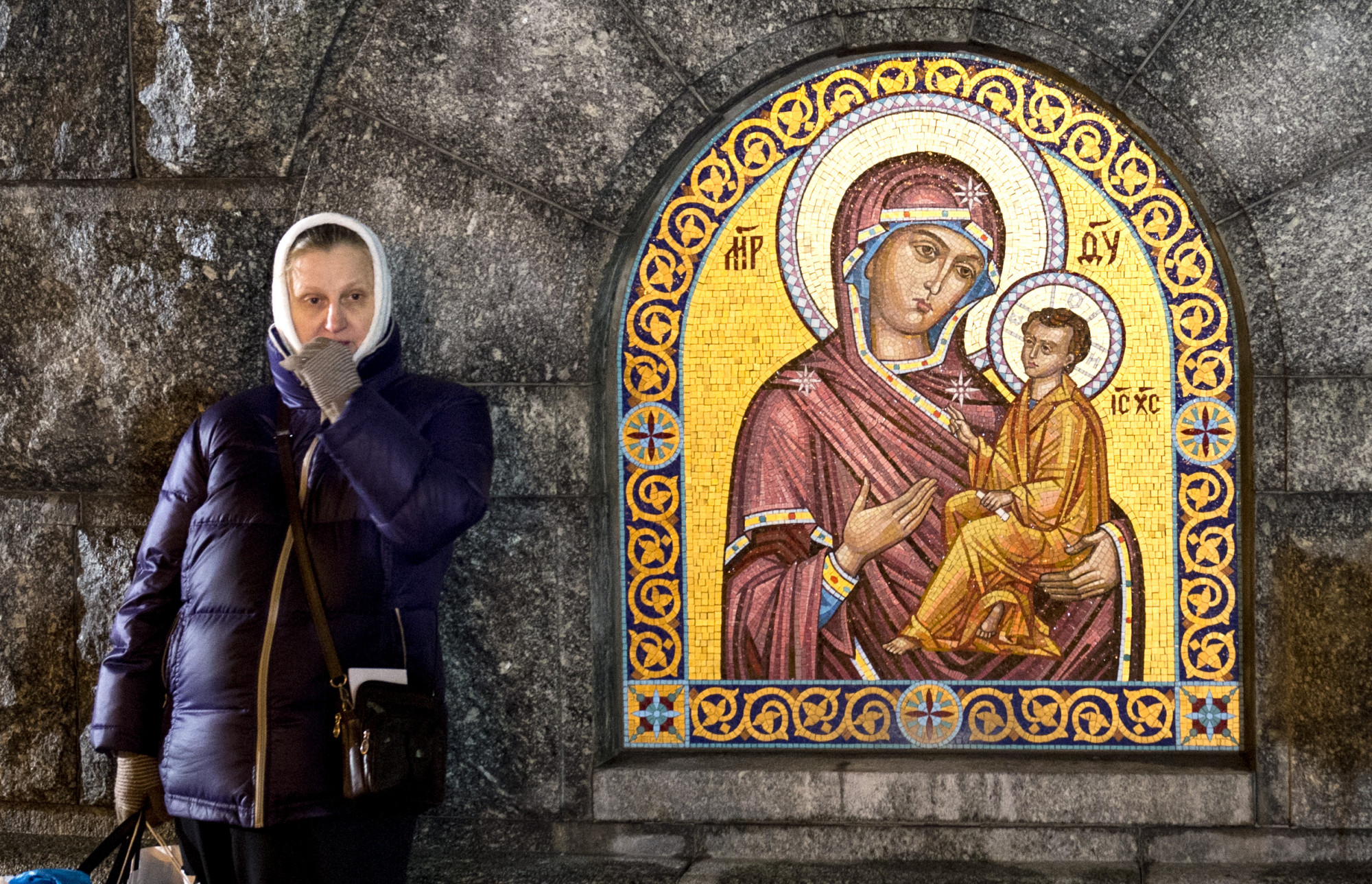 President Vladimir Putin attended a Christmas Eve service at the recently completed Christ the Savior Cathedral in Sochi, the Kremlin's press service said, as part of his visit to the city that is scheduled to host the Winter Olympic Games next month.

"The holiday nurtures the kindest thoughts and feelings, helps unite millions of people on the basis of shared spiritual values and historical traditions," Putin said in a Christmas message, published on the Kremlin website.

Attempts to recreate a white Christmas in the absence of snow proved unsuccessful. A St. Petersburg bakery had planned to create a 6-meter-tall marshmallow "snowman," and transport it to the capital, but "an error in the recipe" meant that the snowman kept melting away and could not be assembled, Ekho Moskvy radio reported.

Boris Moiseyev, one of the most famous performers of the Soviet Union and Russia, died on Monday in Moscow at the age of 68. The cause of death was apparently...
disputed results