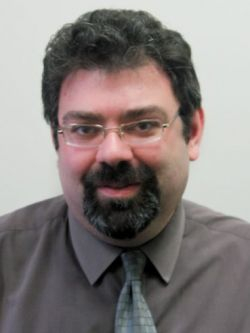 Recently, Russia's parliament approved plans to overhaul the state court system to create a single senior judicial body by merging the senior commercial court into its counterpart in the general court system to create a single court body. This has created concern in the legal community that precedents that had evolved in the commercial courts, and which took account of economic realities, will be lost.

The commercial courts are known, for historical reasons, as Arbitrage or Arbitration Courts even though they bear no similarity to the systems of alternative dispute resolution that such terms usually denote in the west. Generally, even foreign lawyers have tended to regard them as operating professionally and with limited political interference. Moreover, because statutory interpretations of the senior court are followed, lawyers can feel that there is a degree of stability in the system. They can look at previous decisions of the highest authority within the commercial court system and feel that they have a fair prospect of assessing potential approaches to any set of facts that they face.

It now seems inevitable that this state of affairs will give way to uncertainty when the general courts, which currently handle civil claims, criminal matters and cases involving administrative violations, assume responsibility for commercial cases too. In particular, there is a major culture difference between the two different court bodies. As Yuri Vorobyov, head of litigation at leading Russian law firm Pepeliaev Group, notes: "The Russian Supreme Court has always assessed the consequences of its decisions for the specific individual who is the litigating party. For this reason, the new court is likely to focus more on individuals' interests when interpreting many legal regulations."

In other words, with the merger being seen in effect as a takeover by the Supreme Court, the focus of the highest commercial court on the wider economic impact of its decisions will be lost. Vladimir Putin sees this as a price worth paying, claiming that the merger "will lead judicial practice in a single direction and will strengthen the guarantees of the most important constitutional principle — equality before the law."

However, London's Financial Times has concerns typical of those seeing darker motives. The newspaper recently claimed that many business and legal commentators in Russia "decry [the merger as] a move further undermining the country's legal system." It is only fair to note that to consolidate legal authority does not inevitably entail a loss of independence. Nonetheless, the concerns over the developments with the two highest courts may be amplified by other instances where central control is being tightened.

The president himself has also assumed the right to appoint and dismiss senior regional prosecutors. It is unclear how significant this move actually is given that in any event the prosecutor general, to whom this power previously fell, is appointed by the president anyway — albeit subject to approval from the Federation Council, parliament's upper chamber. Nonetheless by streamlining this procedure and removing the theoretical possibility of Federation Council interference, the president is clearly strengthening his own hand.

Another move arguably aimed at increasing Mr. Putin's control came with the recent news that he had submitted to the State Duma a draft law according to which criminal proceedings could be initiated in relation to tax crimes based not only on the files of the tax authorities but also further to investigative activities carried out by a law enforcement body. This, in the view of some experts, would have the potential to result in more prosecutions in tax matters — and could force taxpayers to pay disputed amounts before litigating, then facing the difficulty of claiming back the sums in question, rather than litigating and paying up if they lose.

Finally, the legal information sector may see some fallout from the recent announcement that news agency RIA Novosti is being replaced by a new body called Rossia Segodnya, or Russia Today. Part of the RIA Novosti stable was legal information agency RAPSI, a highly respected resource that publishes in English as well as Russian and whose editorial independence has been shown in its coverage of high-profile trials with political relevance. On Dec. 9, RAPSI's Twitter feed in English stated that there was as yet "no information about any management changes RAPSI may experience". This still seems to be the case and is to be hoped that the position will not change because, to quote the BBC's Daniel Sandford, "Potentially the most serious loss in the RIA Novosti upheaval would be RAPSI."

No doubt those behind these changes and proposals would brush off accusations that they have any purpose that should cause the legal community concern. Nonetheless, with the pace of foreign investment having slowed and concerns over investor protection often cited as one of the reasons, it must be asked whether the message being sent out is altogether wise from that perspective.