The Christmas and New Year holidays in Russia carry on from Jan. 1 to Jan. 8, during which time pretty much nothing happens in the city, and the fun is had at home with close friends and relatives.

If you have to spend the holidays elsewhere, here are seven rules to keep in mind to re-create the Russian experience.

1. Buy fireworks. Lots of them.

If you're in Russia, note that fireworks that are banned in the U.S. are legal here. Mind former Mayor Yury Luzhkov's warning though.(Denis Grishkin / Vedomosti)

2. On New Year's, drink champagne and cognac until 6 a.m., eat "herring in a fur coat" and olivier salad and then party in the apartment for three more days. 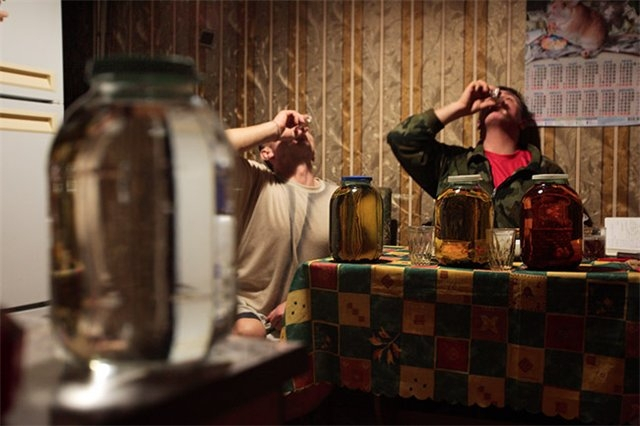 The New Year's holiday in Russia lasts for more than a week, giving you ample time to recover from your hangover. (via 40gradysov-ru / Livejournal)

"Zakuski,"  Russian for appetizers, must include, but is not limited to: Black bread with caviar, jellied mince meat and jellied fish, carrot and beet salads, dressed herring, and pickles made in the summer. It is also important for toasting with, and to neutralize any alcohol consumed. (Wikicommons)

4. The television. Move it to the kitchen if necessary.

Watch those old Soviet films again: "The Irony of Fate," "Moscow Does Not Believe in Tears," and other classics will surely air on state-run channels in Russia. Make sure the television is tuned to the presidential new year's address at midnight, even if left on mute. (Timothy Misir / MT)

5. Put dill on everything!

According to one of Russia's oldest and largest greenhouse providers, Agrotip, the average Russian consumes 1.6 kg (3.5 lbs) of dill a year -— about enough to fill a large suitcase. (Timothy Misir / MT)

6. Engage in late-night debates, where you find yourself falling down an epistemological black hole. 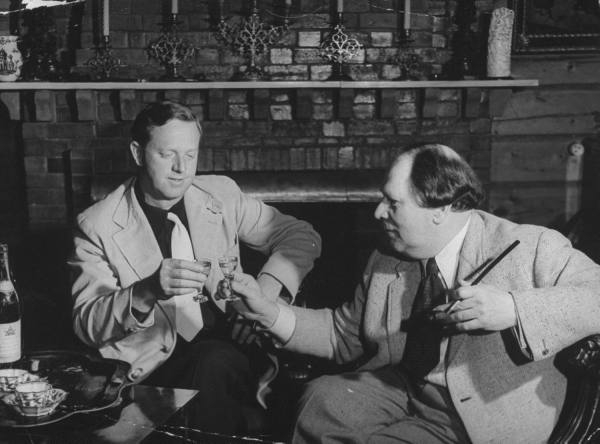 With largely nothing else going on in the city during this time, what better time to resolve philosophical debates? Here, Russian writer Alexei Tolstoy shares a drink with the American novelist Erskine Caldwell in Moscow, 1941. (Margaret Bourke-White / Time Inc.)

In the Russian tradition, the way you ring in the new year is the way the rest of the year will be, so make sure your spirits are high at midnight. (Timothy Misir / MT)