Walt Disney is the world's leading giant in terms of entertainment for kids and teenagers with their strong focus on family values. Surprisingly, their Russian representative office opened only seven years ago in 2006, though they first broke into the Russian market in 1998 with the animated feature "Hercules," dubbed at Neva Film in St. Petersburg.

Together with their partners at Sony Pictures, their sales in Russia have been the largest for the past three years in a row, adding up to a record-breaking 10 billion rubles ($304 million) annually, or 26 percent of the entire Russian cinema market. The idea of a large, integrated cinema holding is not new to the Russian market, but none of Disney's Russian competitors have yet managed to successfully copy the business model.

The Moscow Times recently spoke with Marina Zhigalova-Ozkan, who has been managing director of Disney's Russian and CIS operations since the beginning. Fifteen years after Disney's first film release in Russia, the company now has a television channel, an online radio station, film distribution, local film production, licensing and labeling, and computer and video games. 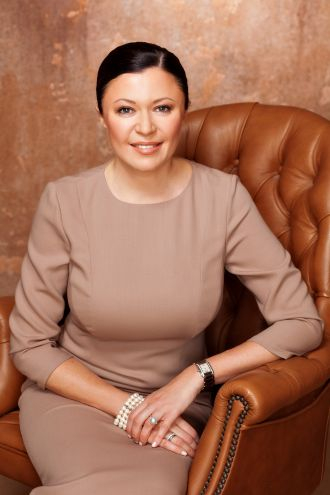 "Luckily, Disney movies appeal to universal values, and they are adored by cinema audiences around the world — Russia is not an exception. For instance, boys in every country played pirates long before the first Pirates of the Caribbean movie was shot," Zhigalova-Ozkan said.

But casting Russian singers and actors for dubbing always helps local distribution. On one hand, both famous and unknown Russian artists want to work with Disney in dubbing for the prestige of working with a world-famous brand. On the other hand, a good choice of local Russian actors and singers combined with impressive budgets for PR and events allows for better local media promotion. "It is always a win-win game because the collaboration of a local star with Disney inevitably draws the attention of the media," Zhigalova-Ozkan said.

However, Zhigalova-Ozkan insisted that professional criteria were still the most important factor and celebrity status a secondary lure. "We dub a lot of content, hundreds of hours, literally. And, of course, most of it is voiced by very talented, professional, but noncelebrity actors. We try to have onboard a full set of vocal types and often work with professional actors, talents from the theater and film industry."

Andrei Birin started with Disney in 2008 starring in the musical "Beauty and the Beast," a joint production of Walt Disney and Stage Entertainment. Andrei performed well in the role of  Lumiere the Candelabra, and Disney is a company that tends to maintain bonds with its preferred artists.

In the new animated feature "Frozen" based on Hans Christian Anderson's "The Snow Queen," Andrei Birin is Kristoff, in the English version dubbed by Jonathan Groff. Andrei could not even recollect exactly how many works he has done for the world entertainment giant, a fact that is quite illustrative in itself.

Russian singer Anna Buturlina is well-known within jazz circles and the music world, but has little name recognition for a mass audience. She joined Disney due to her outstanding vocal talents and the special warmth of her pleasant and soft voice. She is the mother of a young daughter — Yevdokia, aged 7 — and she says that personal experience really helps in working for kids. The dubbing of Queen Elsa in "Frozen" was already Anna's third work for Disney, and will likely not be the last.

"In this role I can demonstrate the full range of my vocal abilities and use different singing techniques. This varies from what I do on stage during my jazz concerts. Besides, this is a good chance for me to enlarge my listening audience and be somebody else except a star of niche jazz culture. Casting requirements were rather strict and demanding, but I passed not putting any kind of special effort, it happened to be just a very successful match. I am proud of my works with Disney", says Anna Buturlina.

Disney casting directors strive for a careful balance between celebrities and professionals. Anna Buturlina's aria "Let It Go" in Queen Elsa gets good reviews for her vocals, while Russian pop star Dima Bilan is a national icon for kids and teenagers, and his appearance in the movie as the character Hans attracts attention on its own. Starting in theaters on Dec. 12, the new Disney animated movie "Frozen" has already collected more than 377 million rubles at the box office.

"Being the leader in the mass entertainment business is not easy. It makes us work harder and be more energetic as many other market players adopt the same practices," Zhigalova-Ozkan said.

Walt Disney is now focusing on the development of digital technologies as one of the company's key priorities, and Marina has no plans to look for a successor.