Contribute Today
By Karina Chichkanova
Dec. 16, 2013
The MT Conferences section did not involve the reporting or the editorial staff of The Moscow Times. 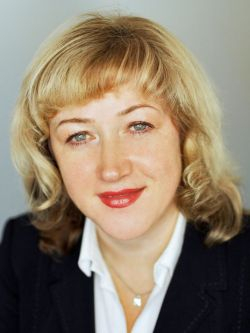 In recent times, the most popular way to lease real estate (in whole or in part) under construction included a two- or even three-tiered scheme of entering into first preliminary and then main lease agreements. The preliminary agreement was concluded at the very start of the construction stage, and under it the parties undertook to subsequently enter into a long-term (main) lease agreement once construction, commissioning, and registration of the landlord's title had been completed. In certain cases, a short-term lease agreement was concluded to encompass the period from commissioning until registration of the long-term lease agreement (which is possible only after registration of the landlord's title to the completed property). This short-term agreement allowed the tenant to begin to fit out the premises according to its requirements as early as possible (after commissioning), and then to immediately use (rent) the premises. This scheme met all the commercial needs of both the tenant and the landlord but did incur certain legal and financial/tax risks, which we will refrain from enumerating here as they have been covered in detail by the press more than once.

Real estate market players will remember 2013 for its new approach to lease relations, dubbed by some lawyers as "revolutionary," as a new interpretation has emerged of the old civil-law rules that had been in place and virtually unchanged since 1994. The new approach, articulated by the Plenum of the Supreme Commercial Court (the VAS) in Decree No. 13 (dated Jan. 25, 2013, entitled "On making additions to Decree of the Plenum of the Supreme Arbitration Court of the Russian Federation of Nov. 17, 2011, No. 73 'On certain matters of practice with respect to application of the rules of the Russian Federation Civil Code regarding lease agreements'") sees the de facto introduction of a new legal instrument — a lease agreement for a future thing or, in other words, a lease agreement entered into by a landlord, which at that precise moment in time does not yet hold title to the real property. The VAS explained that such an agreement was valid and permissible in commercial relations and could be concluded prior to registering the landlord's title to an incomplete property, provided that the landlord was the legal owner of the property as of the actual transfer of the property to the tenant. 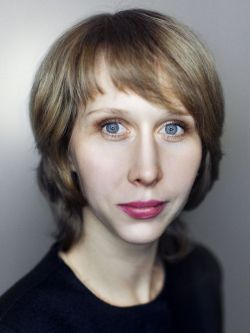 The VAS also allowed a lease agreement for future real estate to include provisions on the tenant conducting repair and fit-out works prior to the property's commissioning. Subsequent court practice confirmed that during this period the landlord is entitled to charge the tenant rent for use of the property (this was always a risk when using a preliminary agreement, as well as a subject of dispute with the tax authorities, who as a rule did not recognize these expenses).

It should also be noted that, formally, the VAS does not rule out the option of using a preliminary agreement. Nonetheless, there is already court practice in which a court has requalified a preliminary lease agreement as a lease agreement for a future thing and applied the provisions set forth by the VAS in Decree No. 13 to the relations of the parties.

It should also be borne in mind that, as before, a long-term lease agreement for a real property requires state registration. Current laws concerning state registration do not allow a lease agreement to be registered until information on the property has been entered in the Unified State Register for Real Estate (and hence until construction of the property is complete). Therefore, when entering into a lease agreement for a future real property, the agreement can only be registered after information on the real property is entered in the real estate register, i.e., after construction is complete. According to the VAS, prior to state registration, a lease agreement for a future thing is a legally binding document for the parties (landlord and tenant) with respect to the procedure for using the property, payment of rent, and application of penalties for breaching the terms and conditions of use. However, the tenant lacks a number of rights with respect to third parties. For example, it is not protected in the event of a change in ownership of the leased property (which would be grounds for terminating the agreement).

As for the fact that it is impossible to provide sufficient detail on a real property prior to completion of construction, the VAS proposes that if the agreement has actually been performed by the parties (for example, if the property was transferred to the tenant and there was no dispute regarding the landlord's proper performance of its obligation to transfer the property), the parties are not entitled to dispute the agreement on grounds connected with improper description of the subject of lease. It is presumed that also applicable in this situation are approaches analogous to the ones suggested by the VAS in another decree that caused just as much of a stir: Decree No. 54 of July 11, 2011, "On certain matters of resolving disputes arising from agreements on real estate that is to be created or acquired in the future," regarding sale-purchase agreements for a future thing, specifically, individualizing the subject of the agreement by indicating the location of the property under construction; the approximate area of the future property; and other features and characteristics of the real property, determined in part by the design documentation.

Greater detail regarding the subject of lease may later be reflected by the parties in a transfer-acceptance certificate for transfer of the real property (or part thereof) for lease which, as the VAS supposes, is to be signed by the parties after construction has been completed and all technical documents for the completed asset have been executed, including assignment of a cadastral number.

Therefore, after the Plenum of the VAS issued the above decree, the need for a complicated scheme including preliminary and long-and short-term lease agreements disappeared. The landlord and the tenant can now enter into a long-term agreement to lease a property that has not yet been commissioned and transfer the property to the tenant for fit-out, etc., which significantly simplifies doing business.

Notwithstanding these positive changes, many investors are still somewhat wary of the new instrument and are in no hurry to actively start using it. One reason for this may be that there is not yet any established practice for state registration of lease agreements for future things (although we are unaware of any instances in which registration of such a structure was refused), and the registration authority has yet to officially comment on its approach to registering such lease agreements.

A bit of intrigue is also added to the situation by the plan to unify the VAS and the Russian Federation Supreme Court, which sometimes takes slightly differing positions and is generally more conservative in interpreting laws. It is as of yet unclear how explanations from the VAS will be affected, or which position the newly created court will take regarding lease schemes.

How exactly this new institution of lease of future things will fare, and how often it will be used in practice — regardless of the obviously good intentions of the VAS to simplify lease relations and minimize risk — is something that only time will tell.

The unverified number is likely to include 2,439 Azovstal defenders who surrendered last week.
'military operation'