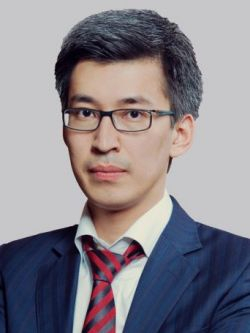 In 2012-2013, many state companies completed major investment projects and began to claim colossal amounts of VAT reimbursements from the budget, as well as a reduced profit tax. In response to the decrease in tax collections, the Russian Government issued Order No. 2141-r of Nov. 21, 2013, which directed companies with state participation (Rosatom, Rostekhnologii, Vneshekonombank, Transneft, ALROSA, Gazprom, Rossiiskiye Seti, Rosneft, Russian Railways, Sberbank and others) to report anticipated VAT amounts payable, or reimbursable, in order to forecast budget revenues.

In April 2013, a draft law intended to resolve the unsolvable problem of how retail accounts for loss of stock was submitted to the State Duma. The problem is that a special document from the police is required to account for them, but the police are unable to issue such a document. As a result, that draft law received very negative opinions and was sent back for revision. At the same time, when proposing to reject the draft law the State Duma's budget and tax committee said annual budget revenue losses would amount to between 10 and 15 billion rubles, yet the draft law had not identified sources to make up for those losses. No one thought about the fact that those amounts are not budget revenue but unjust enrichment of the budget due to an inability to account for expenses.

Federal Law No. 307-FZ of Nov. 2, 2013, introduced amendments to the Russian Tax Code, which state that the property tax base should be determined based on the cadastral value of a real property and not on the book value as previously. Notably, the new rules will affect office/business and shopping centers, and real properties of foreign entities if the foreign entity does not conduct operations through a permanent establishment in the Russian Federation. The amendments will without doubt result in increased property tax on commercial real estate, which has a high cadastral value. Moreover, practice shows that cadastral value tends to be inflated, sometimes extremely so. The new rules set maximum property tax rates for real properties whose tax base is determined at the cadastral value. The recently adopted Moscow City Law No. 63 of Nov. 20, 2013, set the following property tax rates: 0.9% in 2014, 1.2% in 2015, 1.5% in 2016, 1.8% in 2017 and 2% in 2018.

It is understandable that at those rates and with a property's cadastral value being used as the tax base the budget will acquire a new goldmine. So contesting the cadastral value of the property would seem to be one of the solutions to this issue.

At the same time, in an attempt to make the lives of this category of taxpayers unbearable, a draft law has been submitted to the State Duma that proposes to limit exercise of the right to contest cadastral value through a court if there were no irregularities in the cadastral assessment procedure. So it would make sense to consider the possibility of contesting a property's cadastral assessment in a commercial court before these amendments to the law.

As Mr. Chernomyrdin used to say, "The direction we have is one — the correct one." What do we have in store for the near future? Rules for controlled companies, the expansion of the concept of legal entity residency, and the development of the concept of beneficial ownership. It certainly will not be "boring."