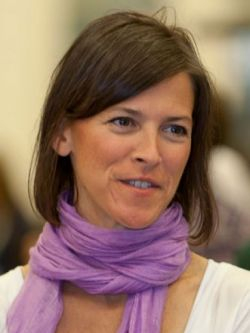 Liveability is hot these days. Cities around the world are competing for top rankings within an ever increasing number of liveability tables, like those put out by The Economist and Mercer. Key in the evaluation of cities is stability, health care, culture and environment, education, and infrastructure. The cities that score highest in the world have great environments and are constantly innovating and improving these environments.

How does Moscow rank? Unfortunately, not well. While cities like Vancouver, Sydney and London enjoy good company at one end of the table, Moscow is often found at the other end, keeping company with cities like Dhaka, Nairobi and Lagos.

Why is this? In terms of environment, Moscow is a very green city with 27 sq.m of parkland per person. In fact, Moscow is much greener than the highly ranked London, at 7.5 square meters in London, or New York City, which only has 8.6 square meters. However, these plentiful Moscow parks suffer from a lack of maintenance and care, lack of connectivity and poor distribution. And then there are the streets. The streetscape makes up a great deal of a city's public realm, and Moscow is famous for its inhospitable and congested road network.

Muscovites recognize that the public realm could be better. A recent study indicates that 83 percent of Moscow residents say their city does not provide good enough quality public realm; 94 percent would pay more to be in close proximity to good quality open spaces. This suggests there is huge demand and a clear economic case for investing in a high quality public realm.

Numerous studies internationally have been undertaken that show close proximity to good quality parks and public realm increase property values by 20 percent on average. This notion of park-led property value increase has long been the secret ingredient to many of the world's successful urban quarters — going back to Frederick Law Olmsted's design of New York's Central Park, which cemented high land value at the heart of Manhattan. This principle of proximity, aptly termed "the proximate principle," posits that properties within a zone of 150-1,000 meters from a park edge enjoy elevated property values. The closer the property is to the park, the greater the increase in value.

Perhaps unsurprisingly, if the park has more passive activities, such as strolling, picnicking, and sitting, the park has a more positive impact on property values than a park that has active uses, such as sports fields, noisy activities or bright lights at night. Typically, values drop slightly on the edge of an active park, but then increase dramatically a block or two away from the park, so that overall, the active park has, on average, a positive effect on property values in the park's area.

Building on this is something else that we call "the edge effect." It explains that a determining factor of the magnitude of a park's impact on property values is the extent of the park's circumference or edge. Simply put, a park's shape and linear meters of edge makes a huge difference to a park's potential impact.

New York's Central Park was the first case where the proximate principle was established and recorded. Documentation shows that the three wards adjacent to the park were assessed in value in 1856 at a value of $26.4 million. The 1873 assessment to the same area revealed a dramatically increased value of $236.1 million. This almost 10-fold increase stood in stark contrast to the two-fold increase of other wards in New York, which were not adjacent to the park. Central Park is still incredibly valuable today. Recently the Central Park West residential development, whose prime amenity is overlooking Central Park, sold for more than any other North American residential development, netting $1.8 billion.

Good public realm matters. Poor public realm lowers property values. Public spaces that are perceived to be poorly designed, unsafe, not visible, backed onto, or poorly maintained have a negative impact on the surrounding community. Key to the success of public realm is a focus on good design, active edges, easily accessible both visually and physically, connected, and well-maintained and managed.

From a public realm point of view, Moscow already has some great assets on which it can capitalize. It has wide streets and plentiful parks, which can be improved. There is political will to make improvements and many of these are already underway in important city parks and streets. With the right amount of investment into the design, planning and — last but certainly not least — maintenance of public realm, Moscow could rocket up the "liveability" tables, alongside cities like London and Singapore. It's a small investment upfront that will reap large returns to Moscow and its prospects in the future.