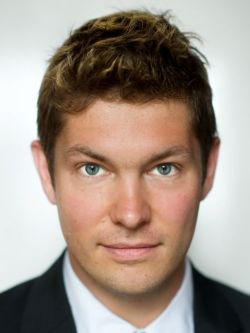 For over a year already, we have been observing quality changes on the market of office real estate. The competition for tenants is growing stronger: the quality of properties is improving; more attention is paid not only to the creation of high-quality buildings, but also to the development of surrounding area and infrastructure. In turn, the tenants are becoming more demanding. They begin their search for a new office much earlier: two — three years before the end of the current lease. On the demand side, the results of the three quarters of 2013 were slightly lower than for the same period last year, due primarily to the wariness of tenants caused by the uncertain situation in the global economy of both Russia and the West. However, by the end of the year, we are expecting a seasonal growth in tenant activity, and thus the annual take-up will be comparable with that of last year.

The vacancy in Class A office centers has slightly grown in comparison with Q4 2012. Such dynamics are explained by some reduction in demand associated with the general uncertainty of both Russian and global economies. It should also be noted, that despite the recovery in the new construction volume, the share of preliminary agreements has changed only slightly. Thus, due to the delivery of even a few large projects, the vacancy rate has grown.

Compared to the end of 2012, the vacancy rate in Class B office properties decreased mostly due to some companies' desire to move from lower quality offices to Class B business centers, which leads to the take-up volume growth in this class. Class B facilities attract tenants with more flexible lease terms, an option to lease fitted-out office blocks, and by offering a larger range of choices than in Class A while being attractively priced. Furthermore, considering the not quite stable economic situation, some private investors wish to diversify their assets, and are considering the opportunity to purchase small office space for the purpose of leasing it out. They also generate demand for units in Class B, as the purchase of small-sized premises in the business centers of Class A is practically impossible.

At present, some uncertainty can be observed on the market. This is in part related to the recession in the eurozone, which may affect the economies of many countries in case of a negative scenario. However, if there is no negative impact on the economy of Russia, we expect steady demand at the level of 2012 in the coming years.