Russian writer and satirist Venedikt Yerofeyev was born on 24 Oct. 1938.

On the occasion of his birthday, The Moscow Times takes a look at the route taken in his semi-autobiographical poem that he is most well-known for, "Moscow-Petushki", with photos taken by graphic design and illustration student Ksenia Nechepurenko, who retraced his journey in April and September 2013 as part of an ongoing art project.

The postmodernist poem was written in 1969 and was widely circulated in the form of a samidzat (self-publication), even though it was not officially published until 1989. Yerofeyev passed away a year later in 1990. The journey, beginning from Kursky Station, takes approximately two hours on the train.

In his poem, he drinks copious amounts of vodka, meeting a cast of colorful characters and sharing drinks and stories with them on the way there and back.

The quotes below are all translations from the text. 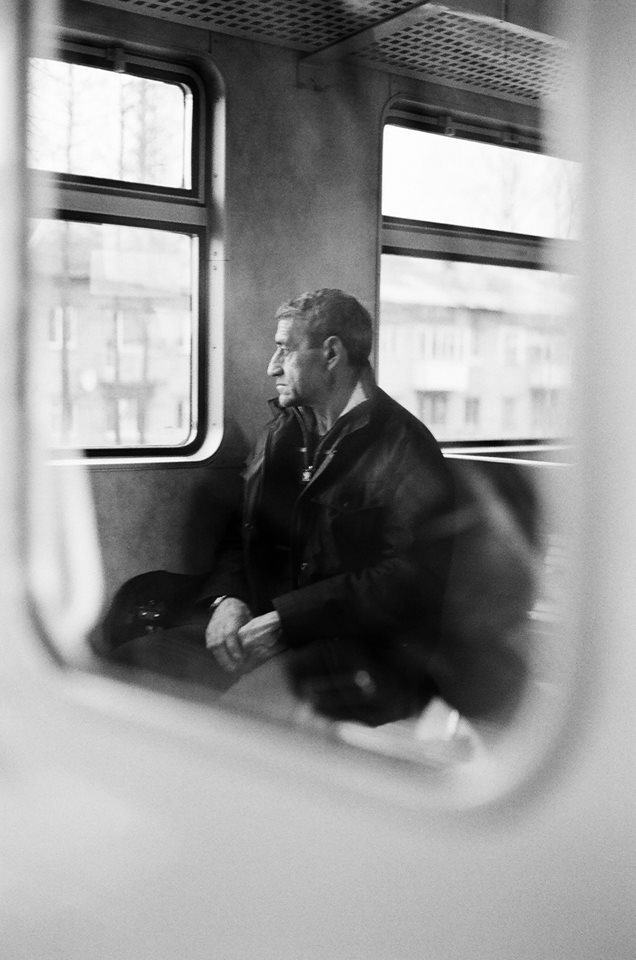 I like it that my country's people have such empty, bulging eyes. This instills in me a feeling of legitimate pride. You can imagine what the eyes are like where everything is bought and sold — deeply hidden, secretive, predative and frightened. Devaluation, unemployment, pauperism ... People look at you distrustfully, with restless anxiety and torment. That's the kind of eyes they have in the world of Ready Cash. 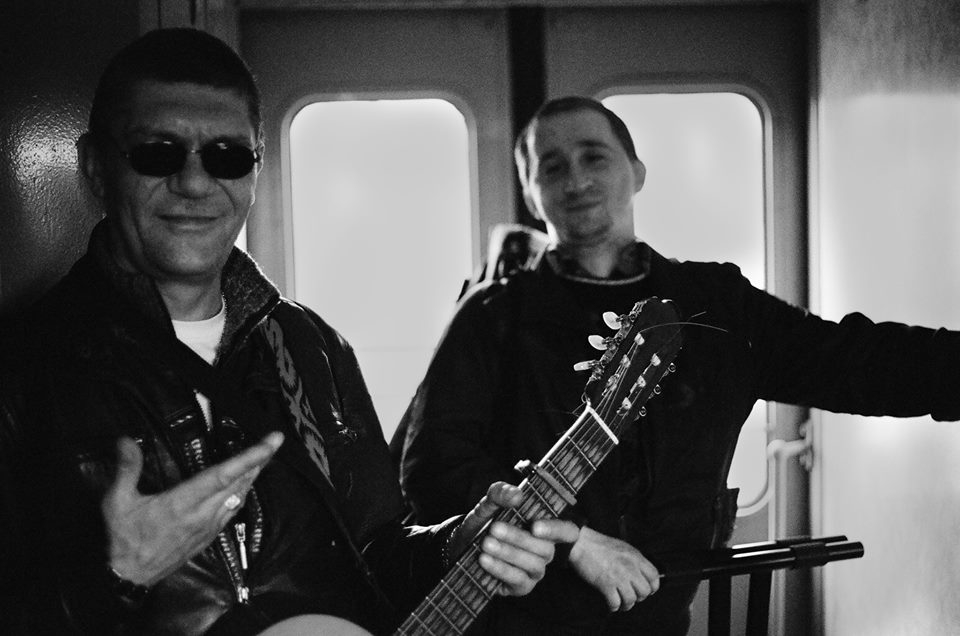 Nothing alcoholic remaining! Queen of Heaven! After all, if you believe in angels, there was never any sherry here. And now, only the music, and the music just some dogs' yowling. Of course, this is because Ivan Kozlovsky is actually the one singing — I recognized him instantly, there is no voice more vile than his. All singers have equally vile voices, but each is vile in his own way. For this reason, I can distinguish them easily … 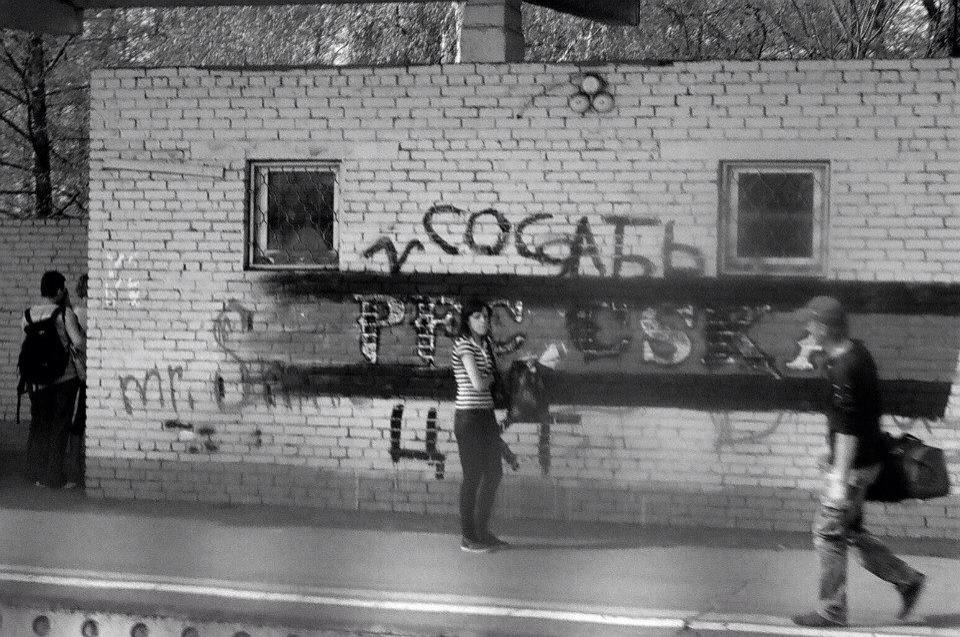 Good God! But she should be waiting for me at 11 A.M.! At 11 a.m., she'll be waiting for me — and the yard is still dark ... So, I'll have to wait until dawn. I don't know where she lives. I found my way twelve times, through all kinds of backyards while drunk out of my skull ... How sad that on the thirteenth time I'm going to see her perfectly sober. Because of this I will have to wait until, finally, the dawn! When my dawn will rise on Friday the thirteenth! 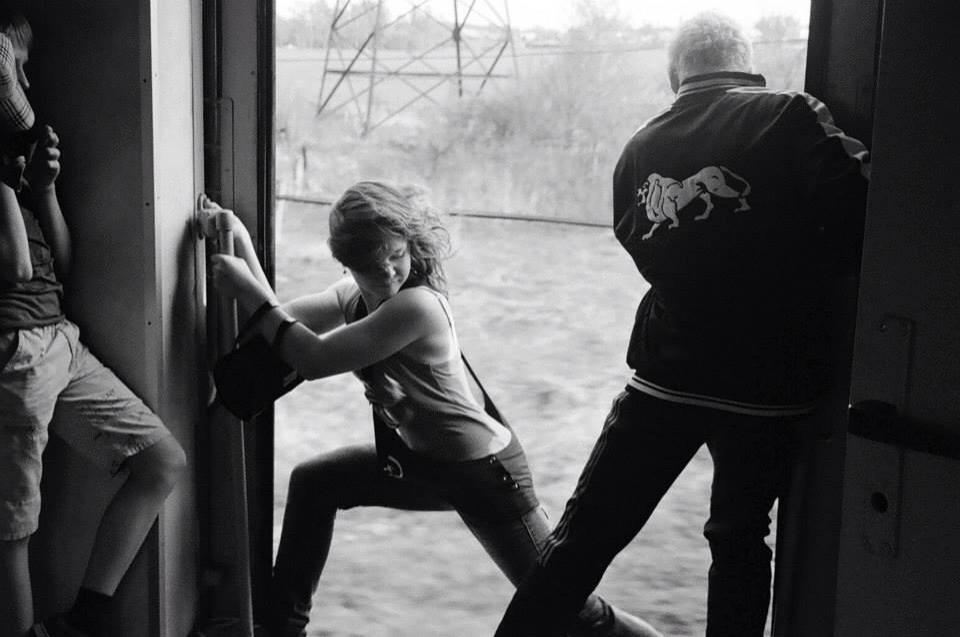 This girl is not a girl! This is a temptress — not a girl — and a ballad in A Flat Major! 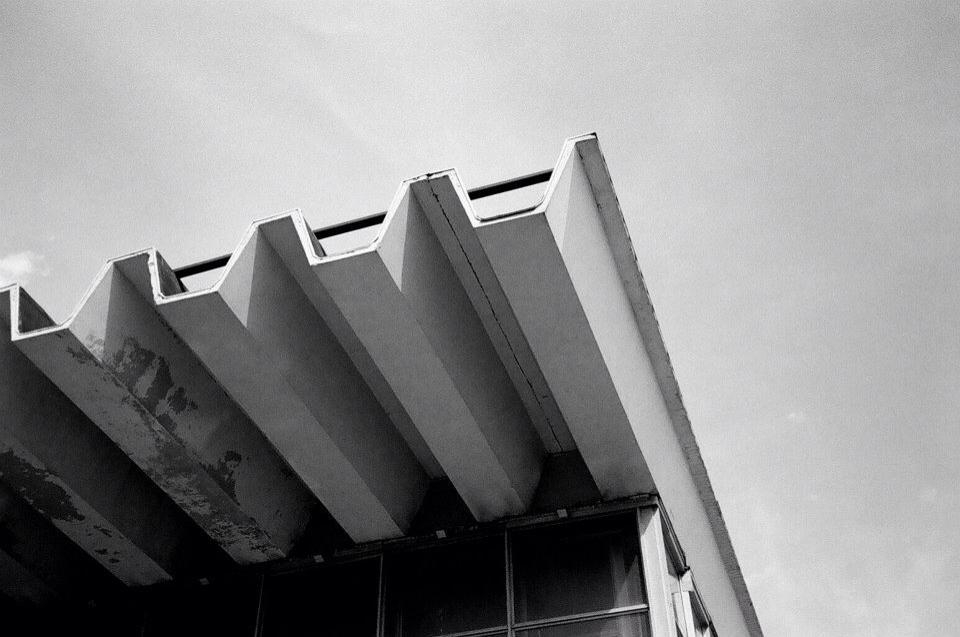 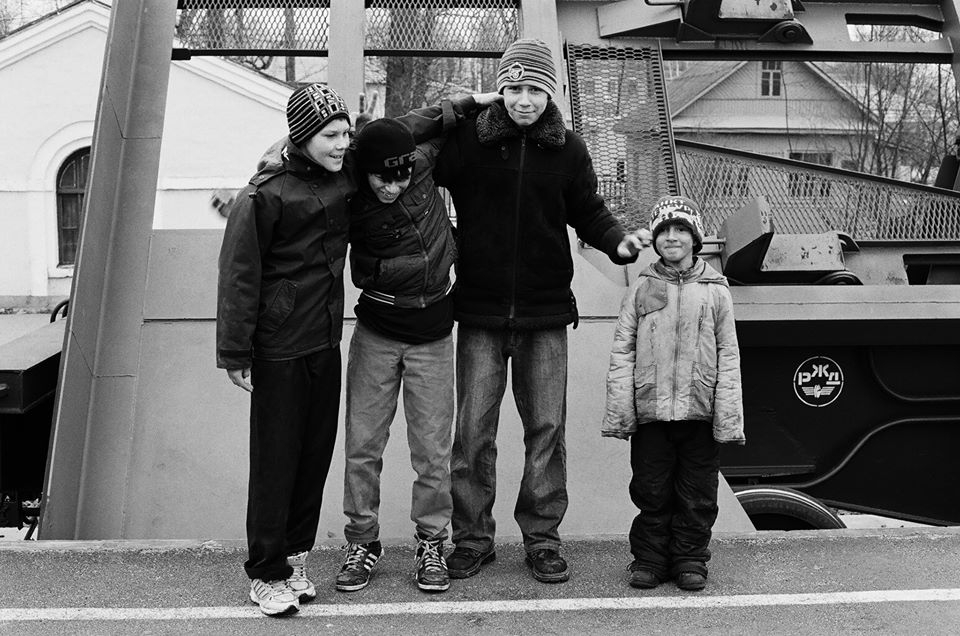 Petushki is the place where the birds never cease singing, not by day or by night, where winter and summer the jasmine never cease blooming. Perhaps there is such a thing as original sin, but no one ever feels burdened in Petushki. 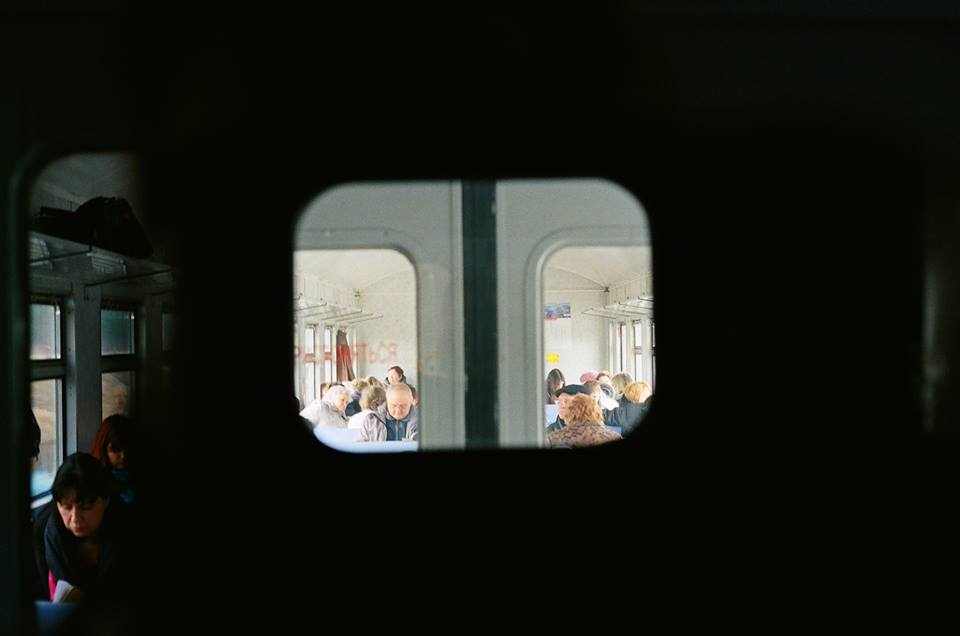 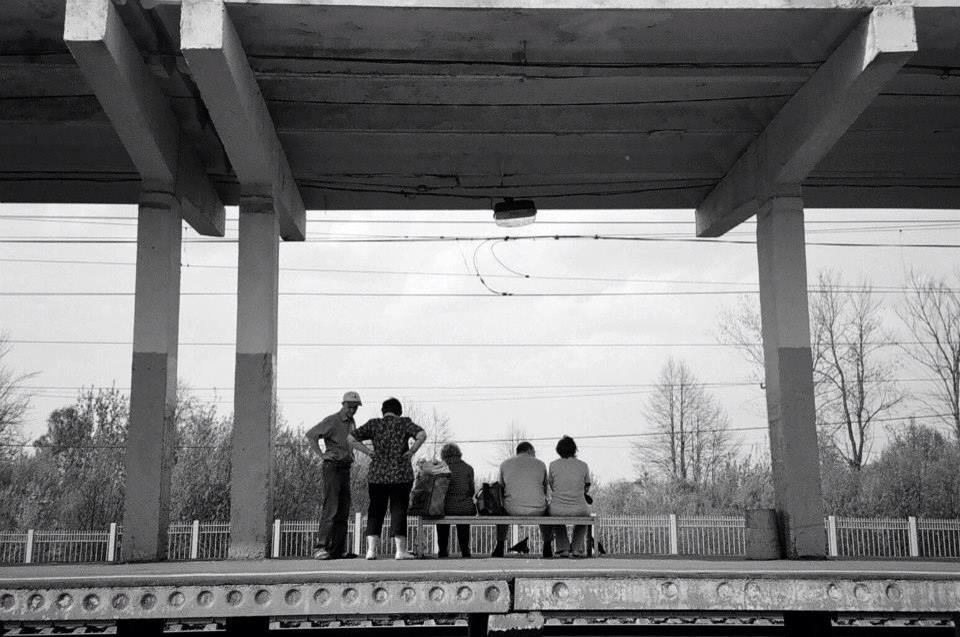 We are now going to Petushki, and for some reason making all stops except Yesino. Why don't they stop in Yesino? They just don't. They blazed through without stopping. And all because in Yesino there are no passengers, they all get on in Khrapunovo or in Fryazevo. Yes. They go from Yesino to Khrapunovo or Fryazevo — and they get on there. Because all the same, the train goes through Yesino without stopping. 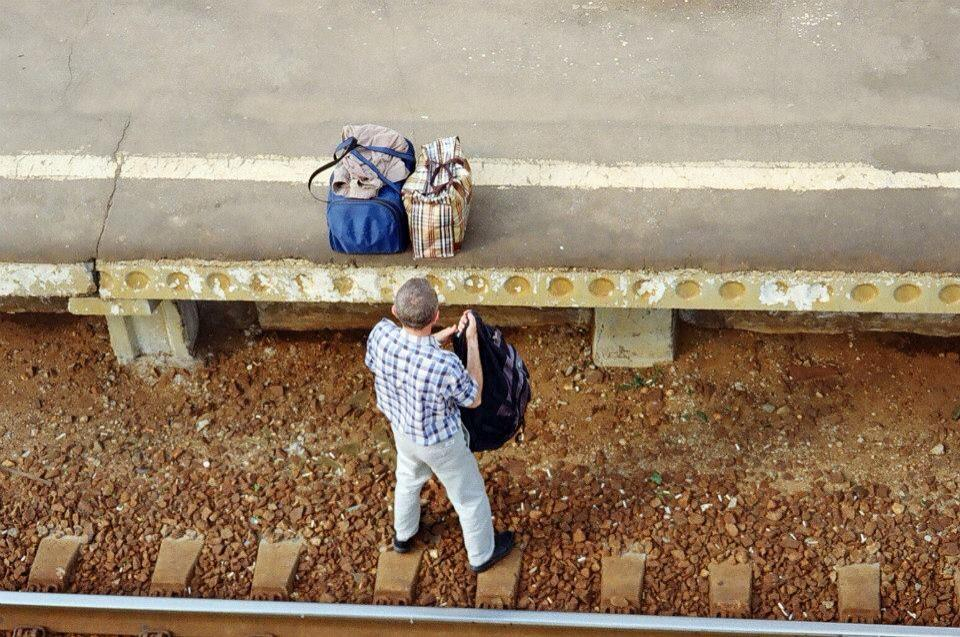 Is your bag heavy now? Yes? And your heart plays the panpipes? Is it not true?

For isn't the life of man a momentary booziness of the soul? And an eclipse of the soul as well? We are all as if drunk, only everybody in his own way; one person has drunk more, the next less. And it works differently on each: the one laughs in the face of this world, while the next cries on its bosom. One has already thrown up and feels better, while the next is only starting to feel like throwing up. But me, what am I? I've partaken of much, but nothing works on me. I haven't really laughed properly, even once, and I've never thrown up, even once.